Having posted a US platoon for the Mediterranean, I figured I should go ahead and post their antagonists.  I'd picked these several years ago and painted them up, but hadn't really done much with them.  They were painted up for Northwest Europe, but now that I was planning on some action in the Med I needed Germans for this; rather than buy new figures, I just took about half of the platoon and re-purposed them.

These are Panzergrenadiers in 15mm from Battlefront, and I really like the poses and gear.  There are also some figures mixed in from some Battlefront miscellaneous infantry pack (I think it was called 'Infantry Aces,' or something like that) I picked up along the way, which add some cool poses as well. 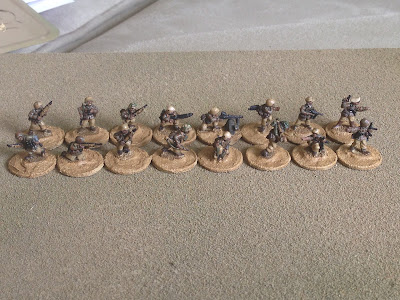 Here's the whole force, 16 men in various poses, all based for North Africa.  As these were meant for NW Europe, you're going to see a few zeltbahns; sorry... 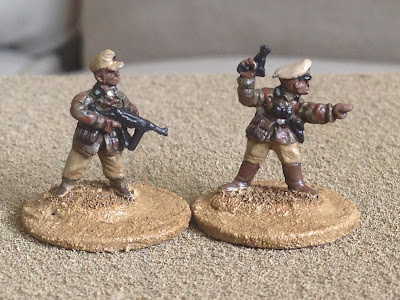 The first two poses, which I absolutely love.  Clearly an officer (perhaps the "Iron Major" for Sgt Rock) and an NCO, looking a lot like Corporal Steiner.  I'd painted camouflage smocks on all the guys originally, with gray trousers.  For the desert I simply re-did the trousers and headgear. 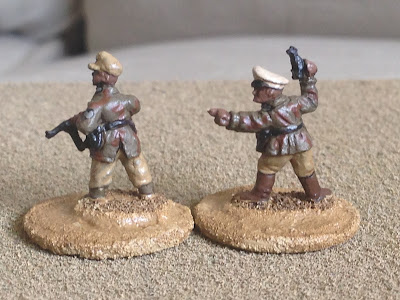 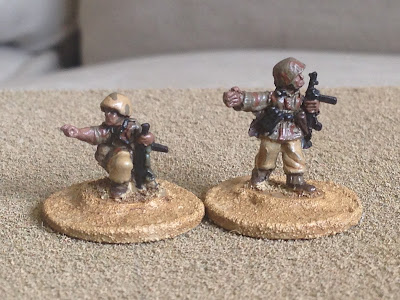 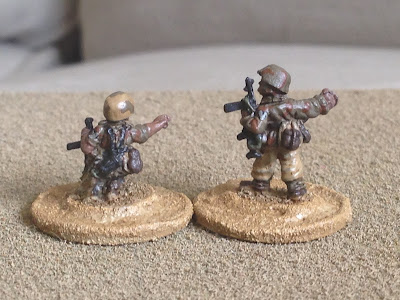 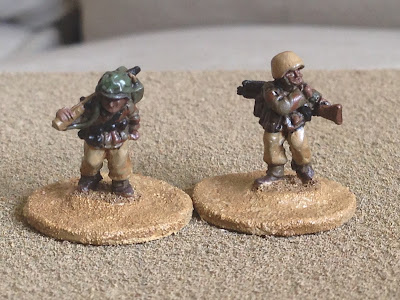 The first MG-42 team; I really like when I have MG teams moving and firing. 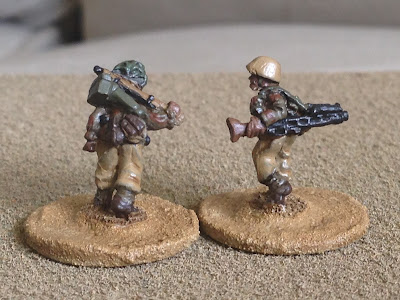 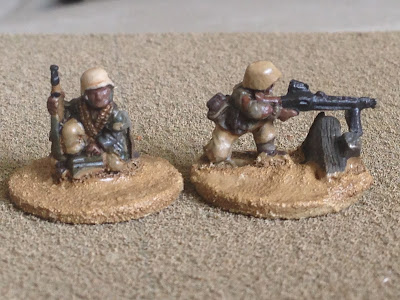 The next MG team; again, I really like the poses. 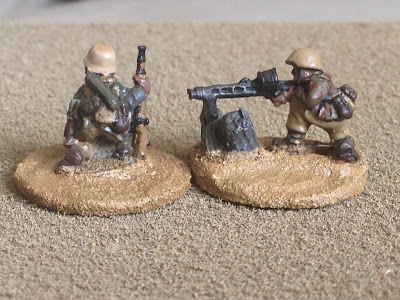 The only thing I'm not a huge fan of is the fact the gunner is firing out of a drum vice a belt. 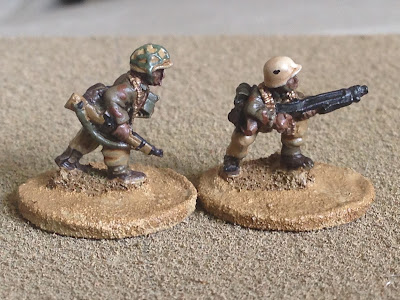 And the last MG team.  The gunner pose is my least favorite; surely he's not firing like that, just moving, but it just doesn't look very good to me.

At least it's not my least favorite German MG pose, the dreaded gunner firing while using the A-gunner as his tripod... 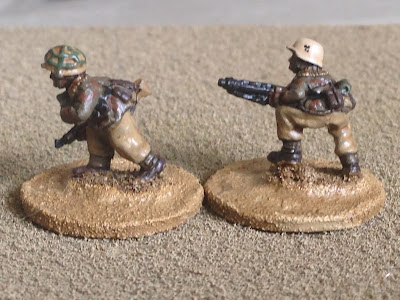 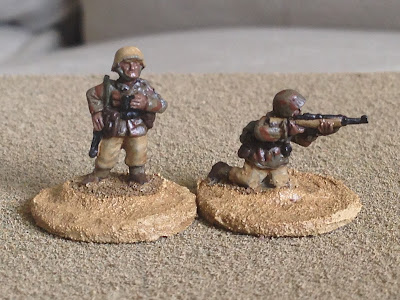 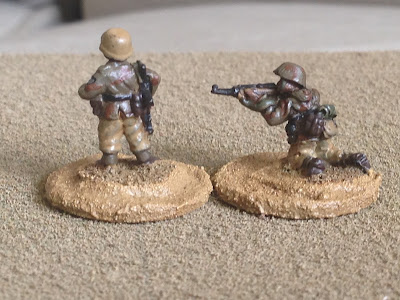 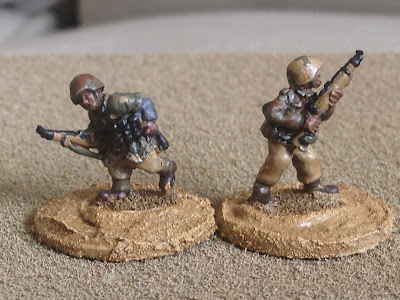 Two riflemen with the standard Kar-98; buy on left in zeltbahn. 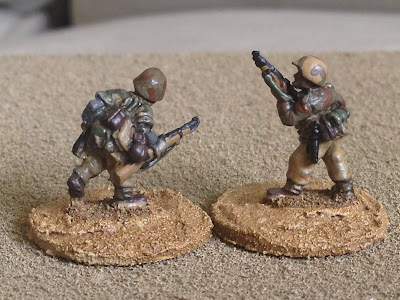 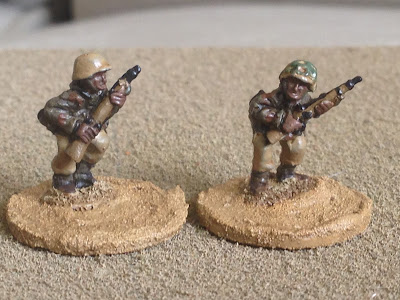 Two more riflemen; poses are okay, but a little too samey and plain. 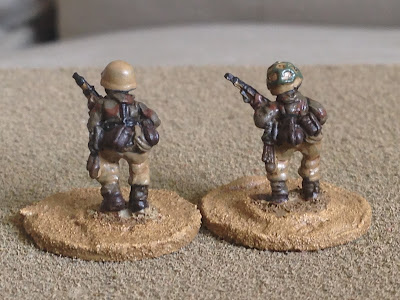 And that's the whole force; I've already played the first Sgt Rock game, but was out of town on business and haven't had much time to write up the report.  I'm about halfway done, still working on it, but I'm about to head out to baseball practice.  So stick with me; I've got two batreps and another five or so forces to get posted.