Next in line, more 15mm goodness from Peter Pig, this time in the form of some "Raggedy-Ass Marines."  I'm getting closer to being able to start a campaign in the Pacific (World War II) with Marines island-hopping their way to Tokyo.  I plan on starting the campaign on Guadalcanal, so this force is painted up to look like troops of the 1st Marine Division (my alma mater, if you will) that made the landings on 7 August 1942.  The only problem is that no one makes 15mm US troops in M1 helmets with Springfield 03 rifles; so I did the next best thing and went with Peter Pig's US Marines.  Though armed with M1 Garands, I think at 15mm I can get away with it and I think they look the part.  The only other issue is that the Thompson SMGs for Guadalcanal should be drum fed, rather than the 20-round magazines.  I don't really even care to mess about with Reising Guns and the Johnson LMG; ces't la guerre... 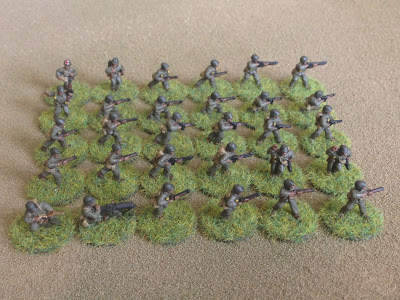 The entire force, 30 Marines from several different codes: two different packs of rifles, a pack of SMGs, BARs, officers, and a .30 cal water-cooled M1917 machine gun.  They are painted up in a faded olive drab, dark green helmets, desert yellow packs and gear, then weapons and flesh.  Again, I'm very happy with them and can't wait to get them on the table.  What's holding me up are actually waiting on an order for some Japanese machine guns... 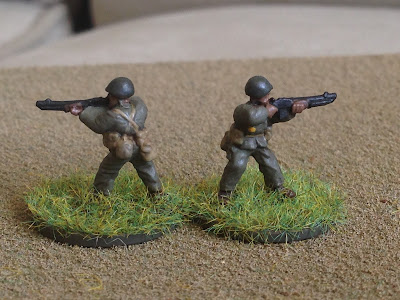 First up is an automatic rifleman carrying the venerable BAR.  An excellent pose that even has the BAR gunner's suspenders done properly. 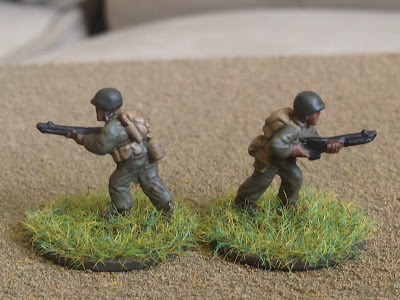 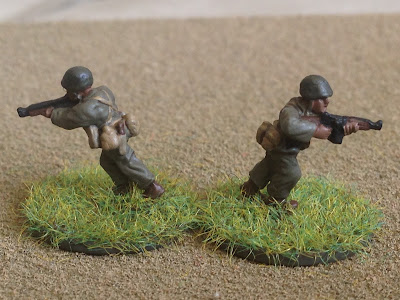 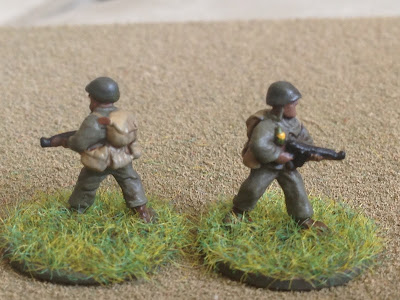 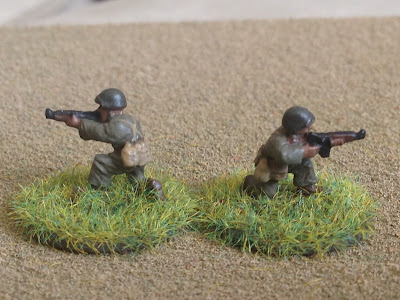 And the third Tommy-Gunner, kneeling and spraying.  This reminds me of a picture from Peleliu. 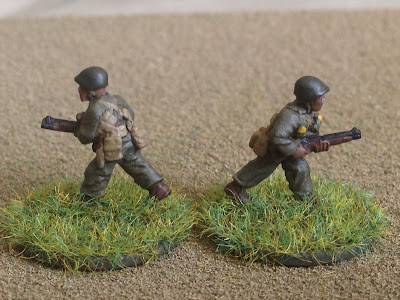 And our first rifleman, pushing forward.  I love the bandoleers and grenades, though the rifle looks a little short to me, though certainly nothing I can't live with.  Here we get a good look at the brown boondockers, the 'rough-side out' shoes the Marines wore in combat. 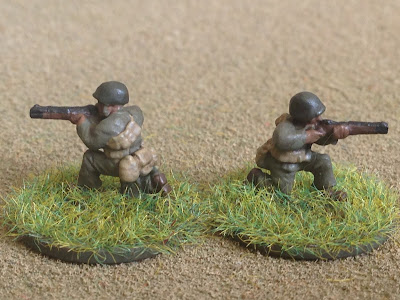 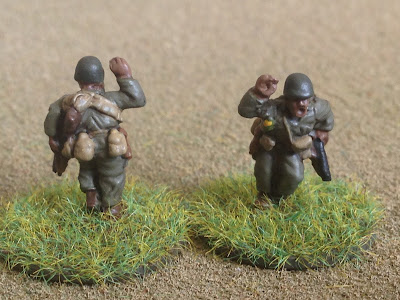 An NCO moving forward with rifle in hand, signalling the troops. 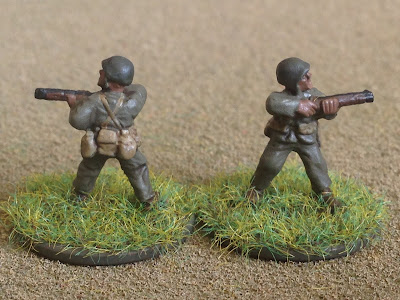 Another rifleman, at the ready.  Probably my least favorite pose: the rifle is again a bit stubby, and I don't like how it's so low below eye level. 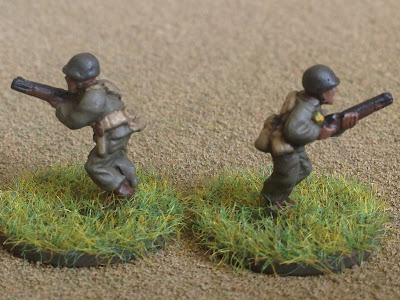 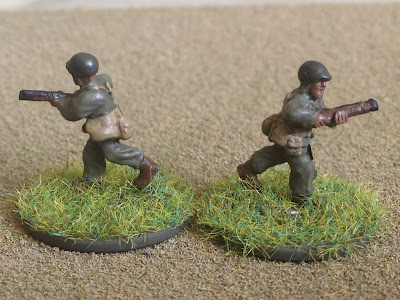 And another; I love the array of different poses, and the best part (to me) is that none of the poses are too 'samey' (to me), which you run into with quite a few different forces (from various manufacturers) that try to do lots of poses. 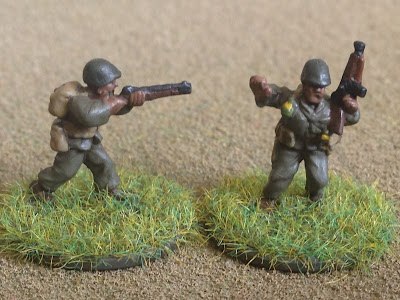 And the last rifleman pose (left), along with another NCO/Officer with Tommy Gun.  The rifleman at left is my favorite pose; just great animation and proportions, really feels like he's moving up, expecting action. 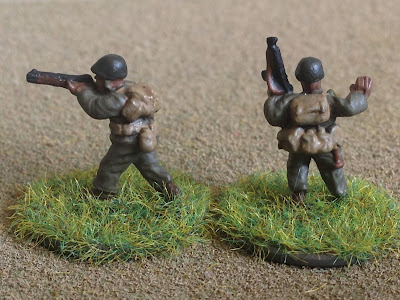 Reverse of those two.  I always love packs on my figures. 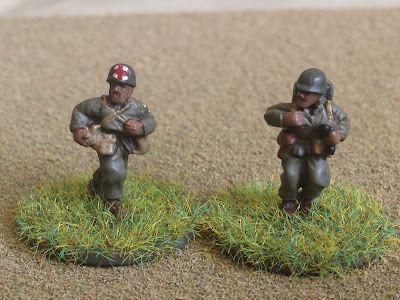 Another couple really great poses: at left is the platoon Corpsman (yes, I know they didn't put red crosses on their helmets, armbands, or on their medic bags, but I wanted him to stand out), and the platoon radio man. 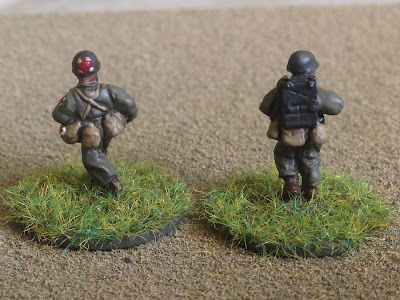 And the reverse of the Corpsman and comm guy.  Damn that looks like a big, heavy radio... 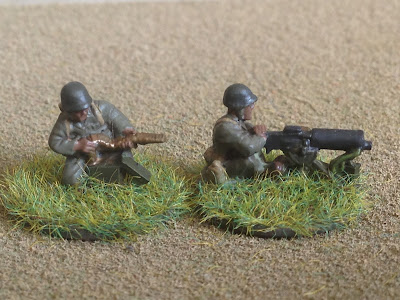 And the classic, water-cooled machine gun and his A-gunneer.  A great, compact pose, really good looking.

Sorry, you have to wait for future campaigns for the Marines to bust out the flamethrowers and bazookas.  Dammit I'm ready to play with these, but I need my Japanese machine guns!!!  I hope you guys like them, and more posts to come.