You're probably aware I have quite an ambitious plan for a WWII campaign in the Pacific, following a US Marine platoon from Guadalcanal up through the Solomons (Bougainville, New Britain etc...), across the Central Pacific (Tarawa, the Marshalls, the Marianas), to Peleliu, winding up with Okinawa.  I'd previously shown some test figures for the Marine side of the war, and now I want to show their foes.

This is not the whole force, but it's what I have so far.  All the infantry are from Eureka Miniatures, and their fantastic, which is what I expected as I've been very happy with my previous purchases (modern Russians, Chechens, and Australians).  These sculpts look great to me, almost makes me wish I needed more of them ;)  As it is, I'm still waiting on some Peter Pig machine guns (just a matter of taste, but I like PP's MG poses a little more than Eureka's), and I've got a Type 95 tank (also Peter Pig) primed, waiting to be painted.  One more thing about Eureka (here in the States): they are quick!  It seems I've barely pushed the button on Paypal and the mailman is dropping them off!

Let's get to the figures. 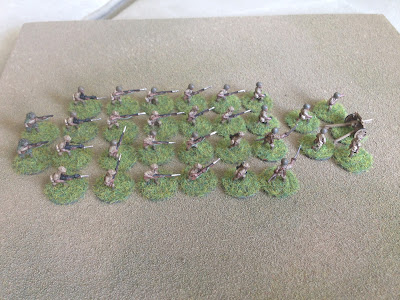 The force so far, 26 infantry figures and a four man, 70mm mountain howitzer.  The castings were clean and crisp, nice and chunky, dynamic, and full of character, and all the gear and weapons look great.  Easy to pain up as the colors are few and simple, and the figures have raised details that are very easy to make out. 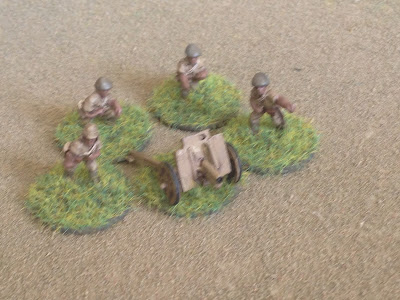 A bit of a fuzzy shot of the howitzer; a couple of pieces, it went together quickly and easily.  Kinda wished I'd have put it on a bigger base and put one of the crewman on with it... 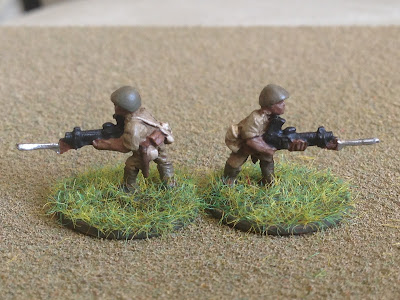 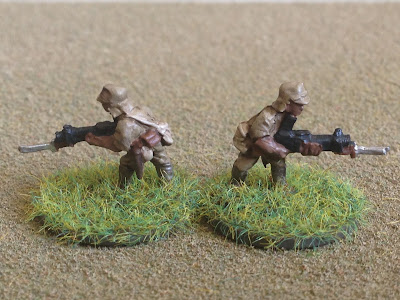 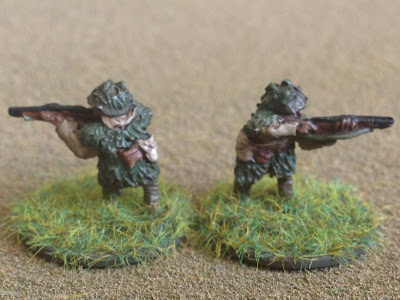 Two foliage covered snipers, the only riflemen without bayonets in the force. 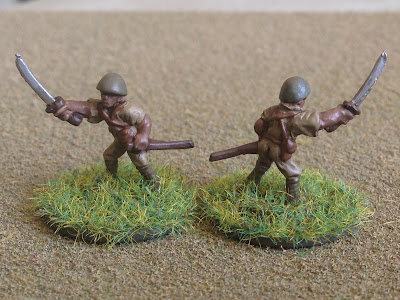 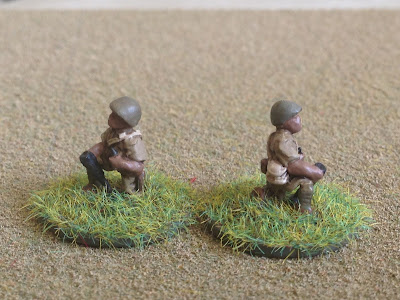 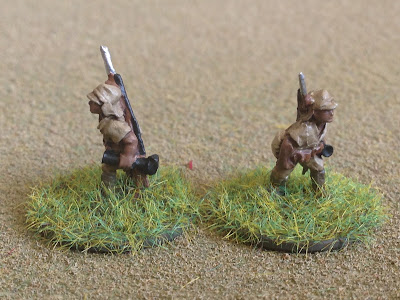 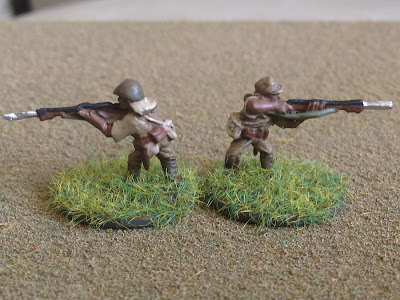 The 'regular' infantry poses get one of each in hat and helmet; I really love the amount of different poses.  The first guy is firing from the off-hand position. 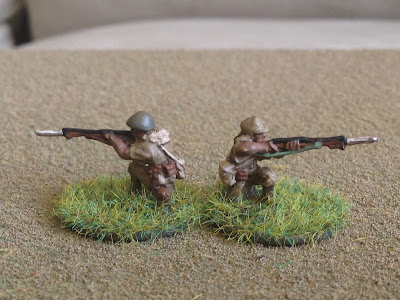 Two in the kneeling. 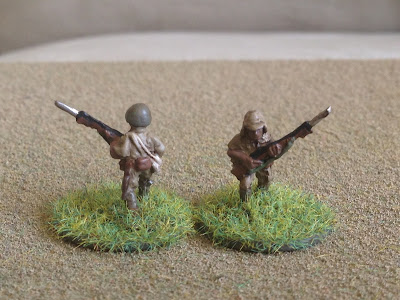 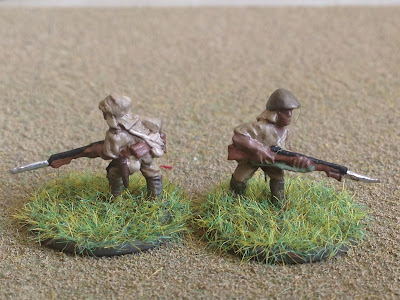 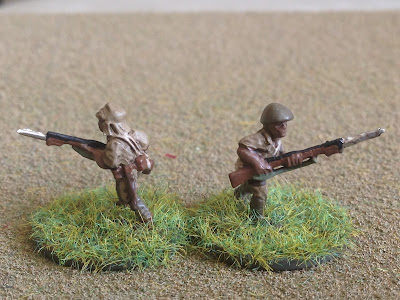 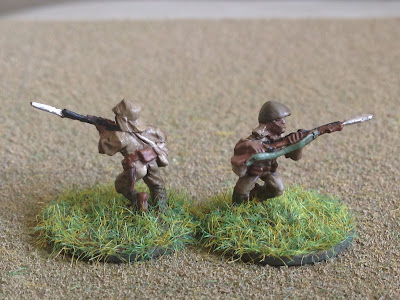 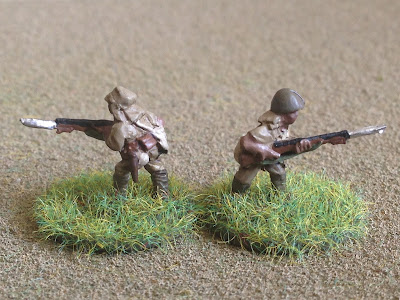 And two hunching forward with rifles at the ready.