Yet another 15mm force, this time Germans for NW Europe in WWII, likely to start facing off against some Brits or Canadians in the near future as I've got a yearning for it.  These guys were purchased several years ago and laid about for quite some time before I get them on the table (a few of them were in one of the Operation Jupiter games), and then I split off half of them and painted them up for the Mediterranean.  So here's the other half of the Battlefront Panzergrenadier platoon, with some extras from an Infantry Aces pack. 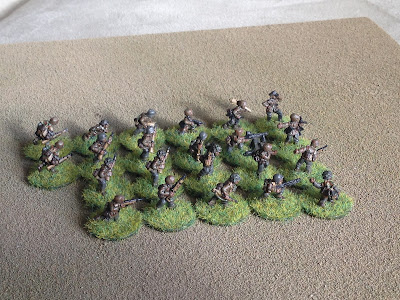 The whole platoon, 22 guys, done up with camouflage smocks and gray pants, and a few with zeltbahns, which I think turned out pretty well. 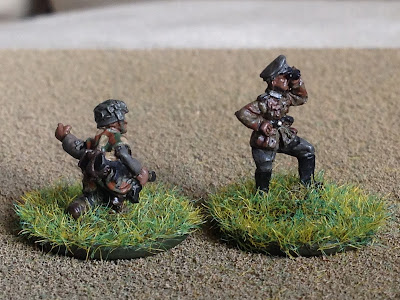 First up is an officer and an NCO from the Infantry Aces pack, with the NCO (left) in a zeltbahn. 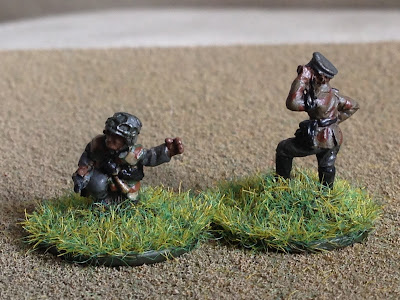 And the reverse.  You see the camo smocks were very simple, just olive drab with some brown streaked across it. 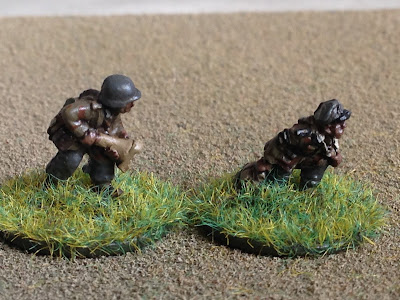 Two more guys from the Infantry Aces pack, both tank hunters.  The guy at left has one of the magnetic AT mines ("hafthohlladung"), while the right has a peaked cap and a Teller mine, while his left arm is in a sling. 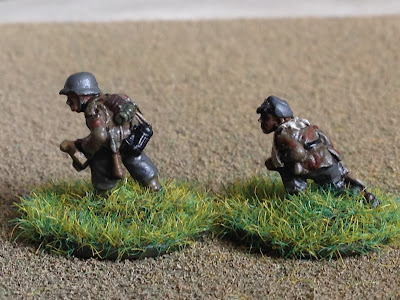 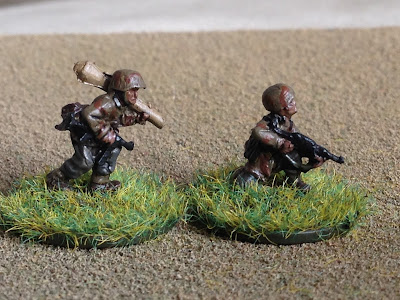 Two more Infantry Aces guys: man on left has a Panzerfaust, guy on right has a Fallschirmjaeger helmet on. 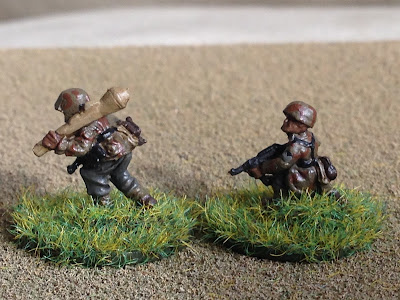 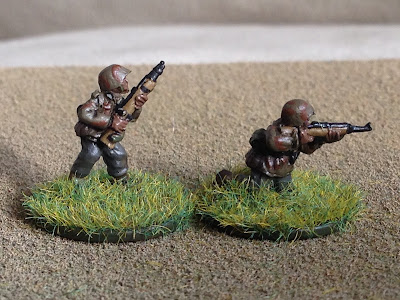 And finally onto the guys from the actual Panzergrenadier pack; two riflemen, one with K98 (left) and one with G43 (right). 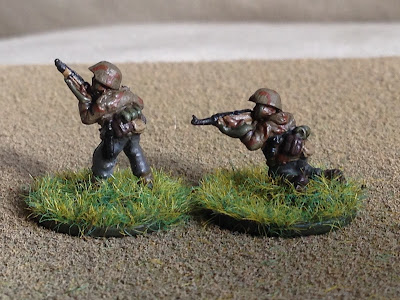 And then the sun came back out! 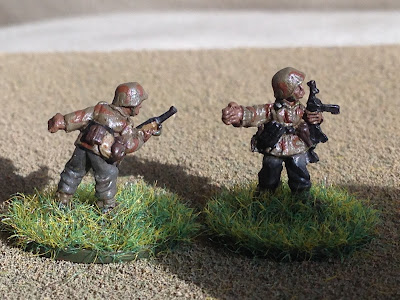 Even though I blocked some of it...   Two NCO-looking guys. 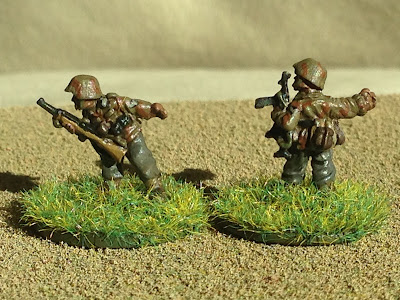 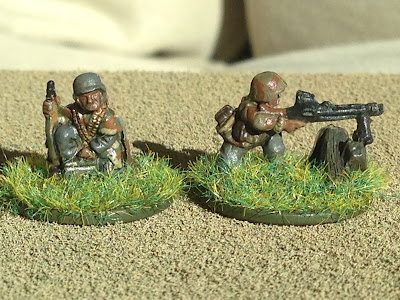 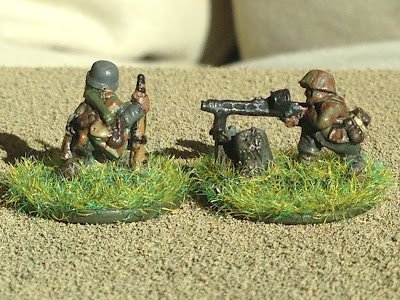 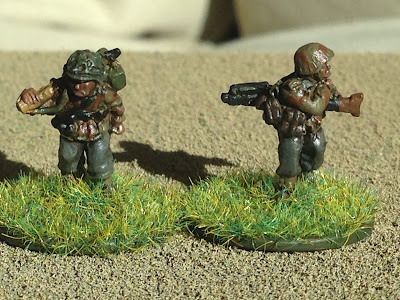 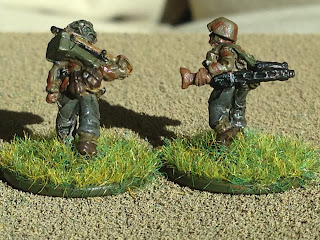 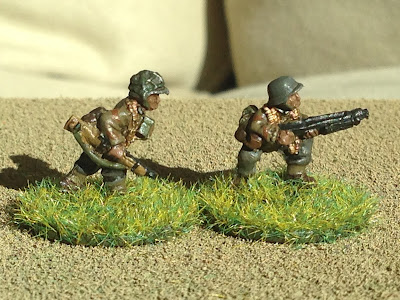 And the third machine gun team. 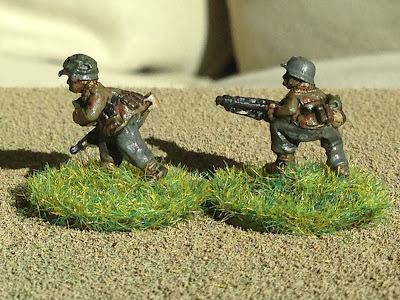 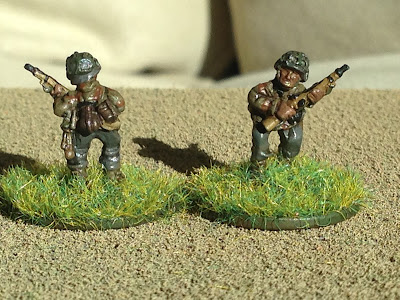 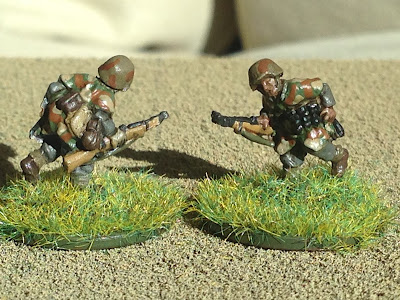 Another set of riflemen, this time in zeltbahn. 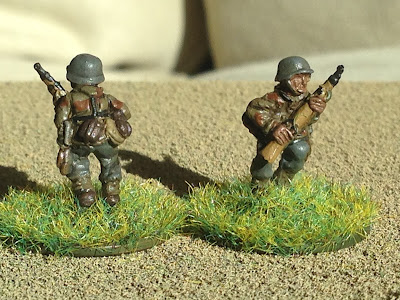 And the last two riflemen.

So, another force, and I'm pretty happy with how they turned out.  I'm finally back home and the boy is already asking me, "Daddy, when can we have a battle?"  So, we will definitely be playing this weekend, just not sure how many games we'll get it.  Stay tuned, I've still got one more Napoleonic batrep to post.