Next in line for my fourth post in as many days, my 15mm Peter Pig Modern Marines for the desert, wearing their distinctive Marine Pattern camouflage and Coyote Brown body armor and gear.  These are also 23 figures, so as to match up with their temperate and arctic counterparts.  Let's take a look. 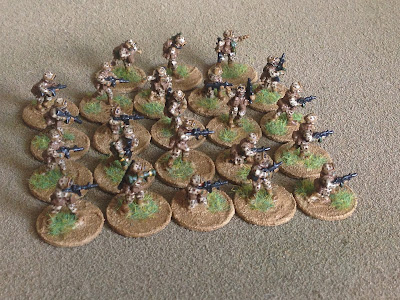 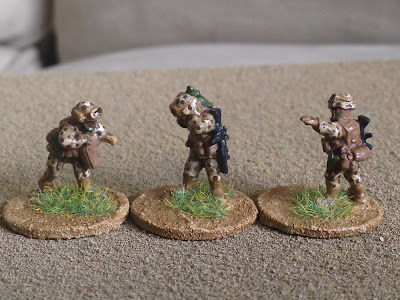 Here's the command element, and all descriptions will be left to right: Corpsman, RTO, and platoon commander. 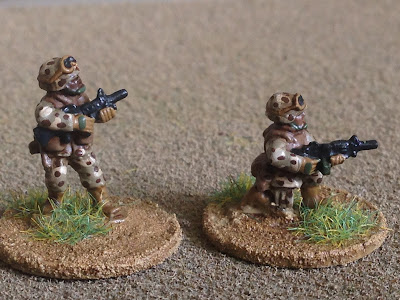 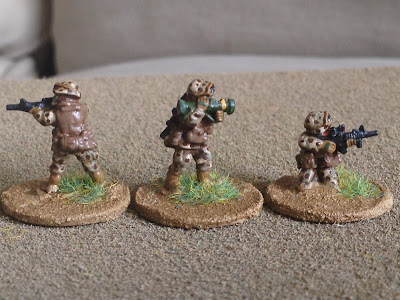 An M-16 rifleman, another with an AT-4, and a Designated Marksman with ACOG on his M-16.  I love the DM's pose where he's on his knees. 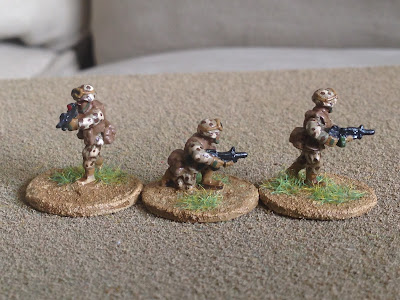 Another DM with ACOG, showing you I painted the ACOG red, an M-203 gunner, and a SAW gunner.  The drum on the SAW looks just a little small to me. 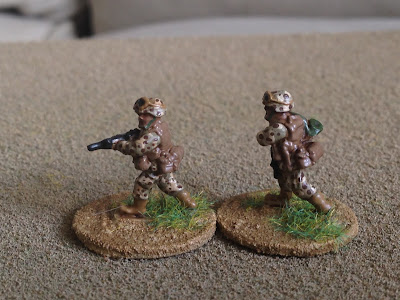 Another couple riflemen, one lugging an AT-4. 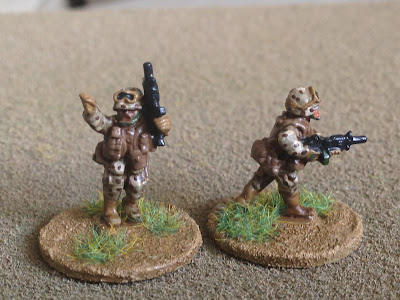 An M-203 gunner and another SAW gunner. 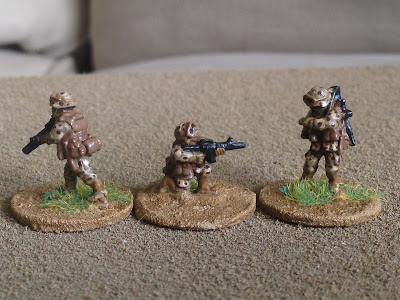 Three riflemen, with the one at fire right having his rifle slung while he pulls out a smoke grenade. 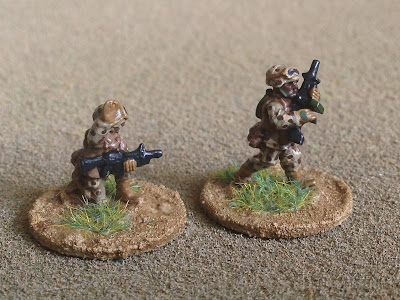 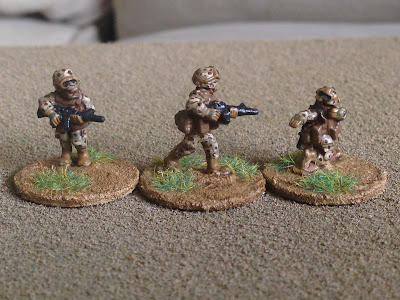 And three more riflemen; the one at right is actually a DM, with his rifle (w/ACOG) slung.  For the life of me, I can't figure out what he's doing.  He's kneeling down, looking to the rear over his back foot, with one arm outstretched and the other pulled in behind it, close to his face.  I swear it looks like he's Maverick telling Goose, "there we were, coming in right behind him."

Well, thus concludes another blogpost here at blackhawkhet, I hope you enjoyed it.  I'm pretty happy with the camo; it's not perfect, but overall it turned out pretty well, and it looks good on the table.

More on the way.