Continuing with my blog fest, here's the next post, another 15mm force.  This time it's Viet Cong from Peter Pig.  You may be aware I'm working on a rather ambitious project to play out the Battle of Dai Do; the US Marine infantry are pretty much done, and so are their adversaries, these guys.  I still have a few troops and vehicles on order for the US side, as well as some heavy weapons and casualties for the VC, as well as the biggest piece, the terrain tiles I'm working on.  But I figured I'd show you the enemy for the Dai Do battle.

Now, I do have one big problem, or oversight.  When I bought these guys I didn't really have anything specific in mind, my Dai Do inspiration came after.  So I'd already painted all these guys up in the black pajamas of the Viet Cong.  The problem is that, at Dai Do, the US Marines faced off against regular troops of the North Vietnamese Army.  Well, being the cheapskate I am, there's no way I was going to go and purchase another force, and with time being tight, I wasn't about to go back and repaint this entire force (especially as priming these guys in black made the process that much easier).  So bear with me, but they'll be standing in as NVA for Dai Do. 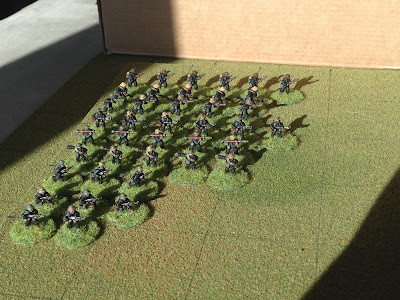 The whole force so far, about 40 guys from several different Peter Pig packs.  I've still got a bunch of casualties and heavy weapons (mortars and MGs), as well as an anti-aircraft gun and even a T-55 (for later fights against the ARVN).  They're all primed black as a uniform and based for the jungle. 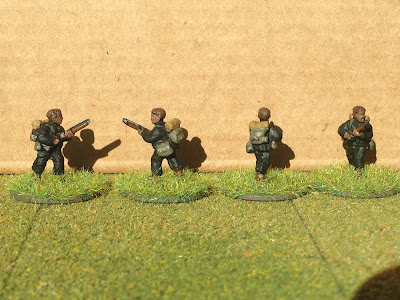 First up is a pose from the 'bolt action rifle' pack.  No headgear, and a nice pack. 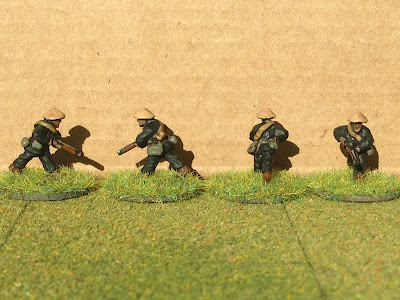 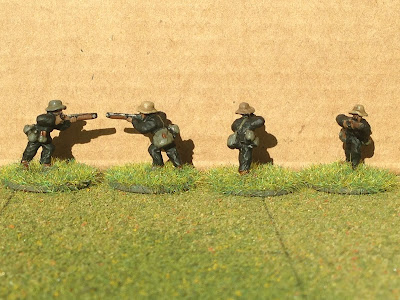 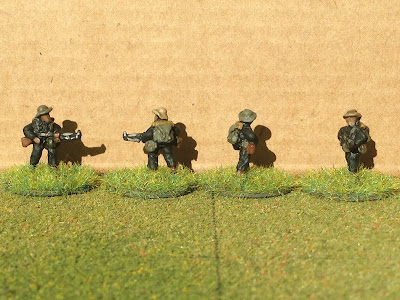 Moving on, we have some RPD gunners (RPD is a drum-fed light machine gun). 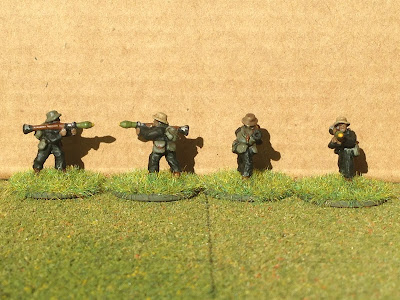 And then some troops with the ubiquitous RPG. 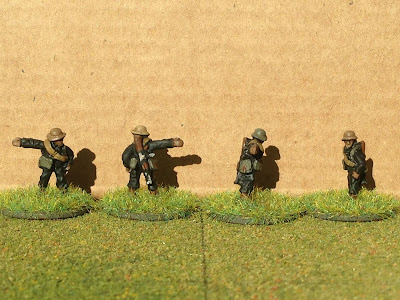 Some VC leaders.  This is the only pose that bothers me; that pointing arm looks a bit long to me. 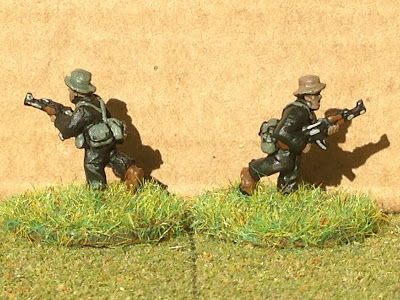 Then some riflemen from the AK-47 pack. 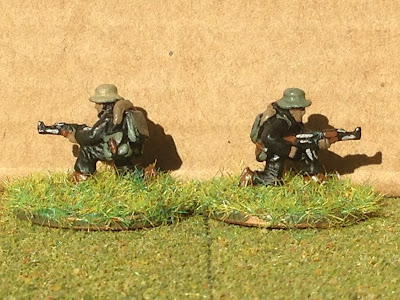 Another pose, this time kneeling with what looks to be the traditional NVA pack. 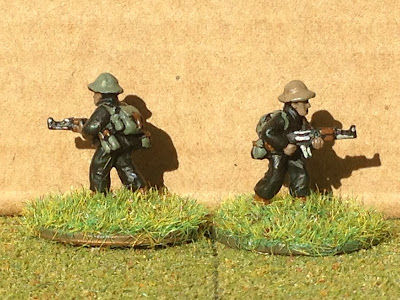 And the last guy.

I really want to get these guys on the table; I've got not only the US Marines ready to face them, but I've also got SEAL platoons from Battlefront (they've actually seen the table for Cuba Libre's Liberation) and Flashpoint Minis (primed but not painted and based, yet; too much stuff to do!).  With Dai Do still so far away (mostly due to the terrain tiles), as well as some Peter Pig LRRPs, I keep thinking about doing some smaller Vietnam stuff, but then I think 'well, Dai Do isn't that far off, and this will only help slow it down.'

We'll see what happens; in any case, I've got plenty of stuff to paint and play with already!  Stay tuned for more forces, with the batreps coming next week.