I finished my last set of modern Special Forces from Elhiem, so all my good guys are ready for Cronistria. As always, these Elhiem figures are pure magic. I've got a four-man pack of Modern Rangers, a two-man pack of SF Designated Marksmen, and I stole two figures from Elhiem's Modern KSK (more on them in a future post).

On a side note, I think I found a better spot to take photos in, so these should look better than others of late.  Anyway, let's get to it. 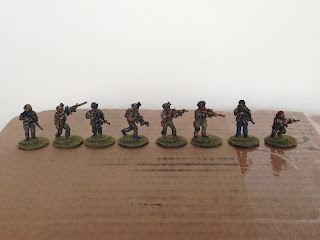 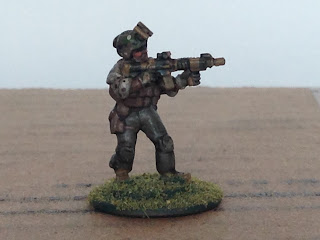 First up is a shooter with green trousers, desert MARPAT blouse, and Multicam helmet.  Weapon could be an M-4, but looks to me like an HK 416. But who knows, I'm so confused by the array of modern weapons that all look so similar.  These guys also has NVGs on his helmet and a pistol on his hip. 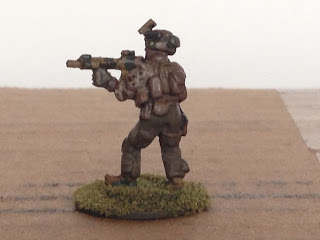 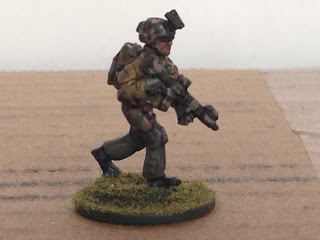 Next guy up is also a shooter, another M-4/HK 416, with solid green pants and tan shirt, Multicam vest and helmet. 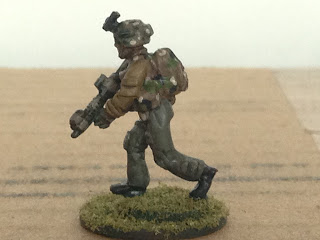 Reverse.  Both riflemen have their weapons spray painted camo. 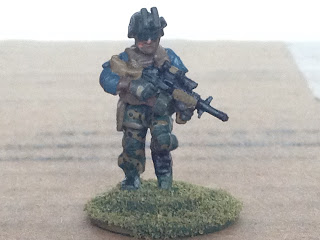 Next guy up is a SAW gunner, with blue shirt and woodland MARPAT trousers. 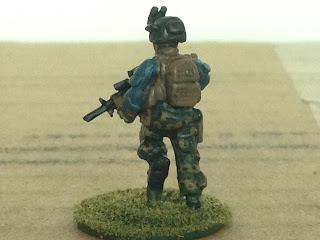 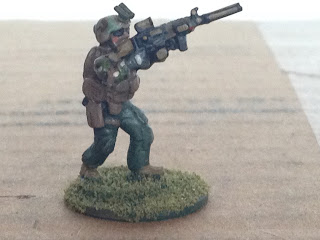 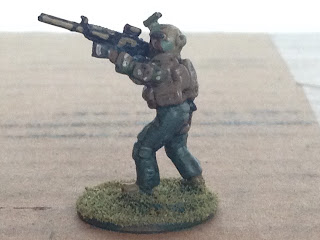 Reverse.  I'm not crazy about the aiming for the rooftops; not that it's not realistic, just not a pose I'm in love with.  I tried bending him at the waist, but it's not happening, he's stout. 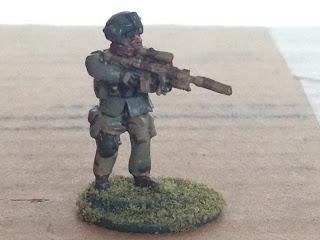 The first SF Designated Marksman, with some sort of suppressed and (I assume) accurized version of the M-16, spray painted camo. His trousers are desert tri-color, a green blouse, and a plain green helmet. 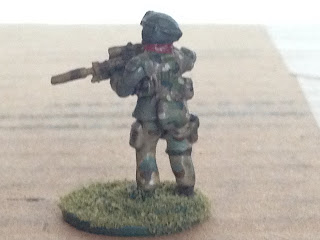 Reverse.  Here you can see the Multicam vest/gear. 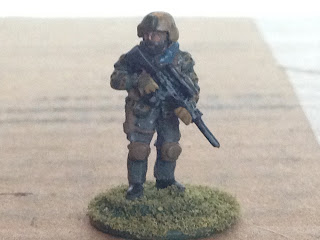 The other DMR, again with M-16.  He's got gray trousers and woodland MARPAT blouse, with a tan helmet. 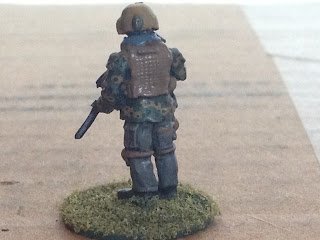 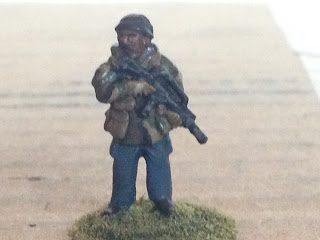 One of the Modern German KSK, with G36 rifle (which I always thought was cool looking).  He's wearing a woodland camo jacket over blue jeans. 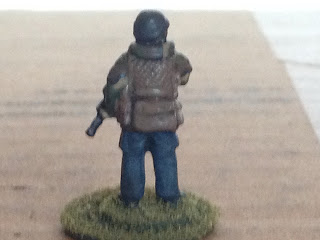 Reverse.  Sorry the pic is kinda fuzzy.  But the lighting has been better, right? 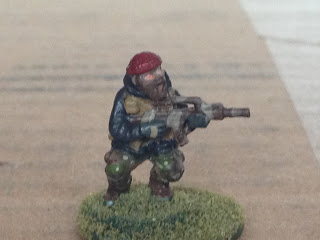 The other KSK guy, with black jacket over Multicam trousers and camo painted G36. 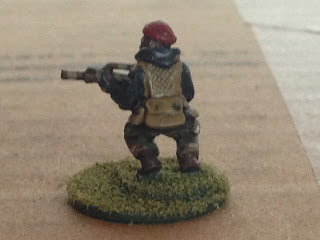 Here's a few throwaway pics of guys I've previously posted but the lighting was bad. 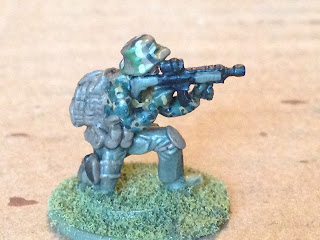 I love this pose, possibly my favorite. 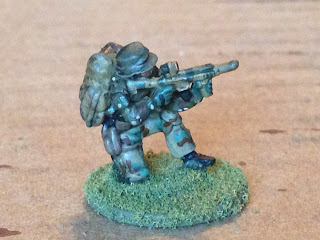 Another kneeling rifleman from the last pack I posted.  His barrel isn't bent, it's just that the flash suppressor is slightly miscast (missing part of the bottom). 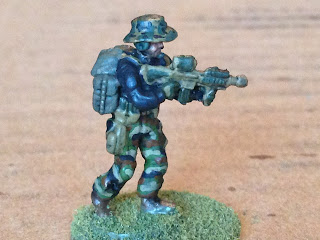 Another one; I really like this pose, though his hat looks just a tad big.  Having said that, the boonie covers we got in the Marines with MARPAT were big.  So I did his hat up in woodland MARPAT. 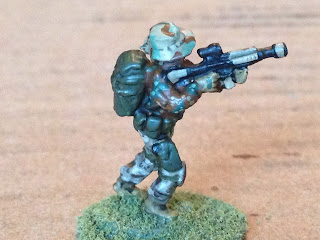 Another aiming high pose, from the previous post.  I did desert MARPAT on his trousers, a made up cammie pattern for his blouse, and a desert tri-color hat. 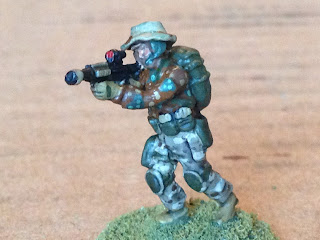 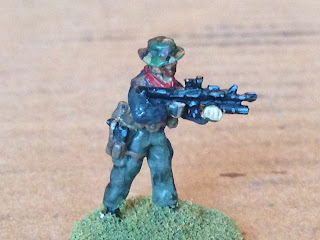 And from my first set, the "Call of Duty: Modern Warfare Captain Price pose."  I love it.