"Monkey Business," as in, this past weekend my middle monkey and I got in our second ever 'proper' wargame.  This time we played a fictional desert scenario in 15mm with Ivan's "5Men In Normandy," the skirmish (and original) version of the 5Core ruleset.  He used modern US troops from Rebel Minis, while I used modern Middle Eastern regulars from Peter Pig.  While it was a 'proper' wargame, playing with real rules (and him understanding them!), I don't have notes for a 'proper' batrep, so please consider this simply bonus material ;)

On a side note, this is my little baseball player.  We just finished off our Fall Ball season, finishing 8-1-1.  It was a great season, and nothing beats being out there, playing catch with my boy, warming up for the game. 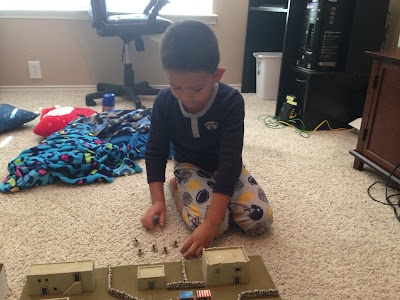 Junior General contemplating his initial deployment, with blankets in the background (he and his sister had a big night, sleeping on the floor the previous night) and him still in his pajamas. 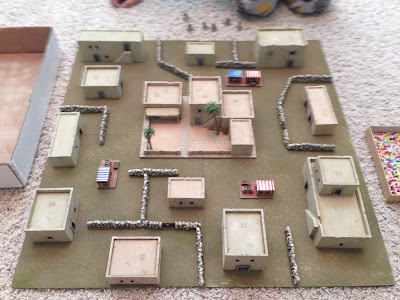 A look at the table, with my fantastic buildings from Crescent Root.  They're gorgeous, affordable, and pre-constructed! 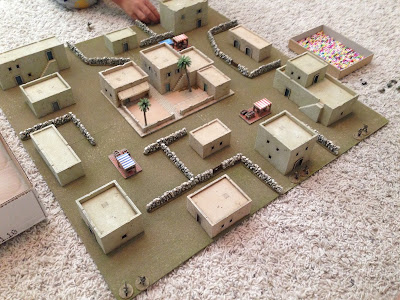 I've got the bottom baseline and he has the top, with all the guys starting on the baseline.  Nothing special, just line'em up and go get'em. 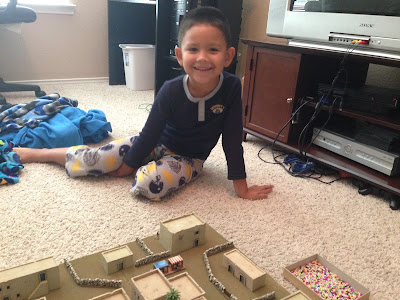 -Oh Daddy, you're so funny.  And dashing.  And intelligent.  And handsome.
-I know son, make your move. 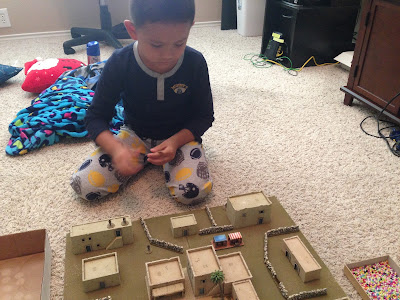 Made his activation roll, now what to do.  He now knows all about 'regulars,' 'scurries,' and 'firefights.' 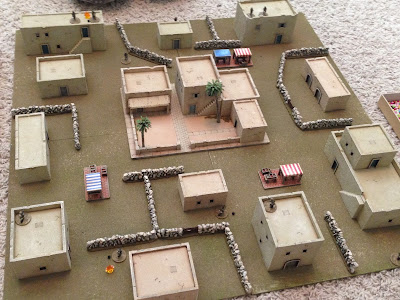 Some fire is traded. 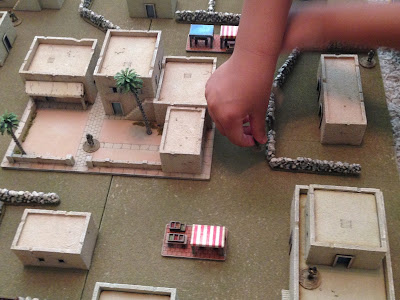 Little fingers creeping figures ever closer to my guys.  He's very aggressive (that's his guy at center left, mine at bottom right). 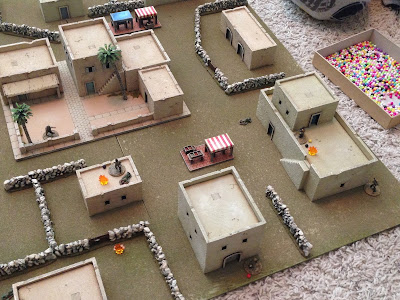 And it's working; he's knocked a couple of my guys out,, forced a couple more to fall back. 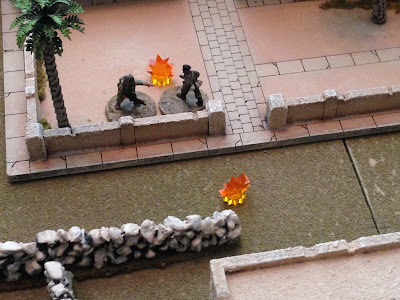 Just like his Old Man: he can't help but charge into close combat.  Brings a tear to my eye... 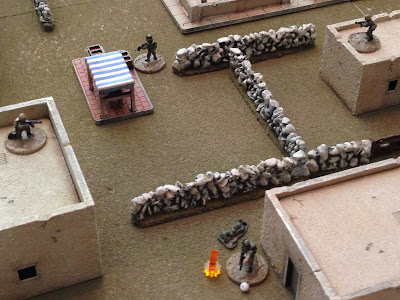 But he's been a bit too aggressive: he's waltzed right into a crossfire (his guys are at top center and bottom center, mine at far left and top right). 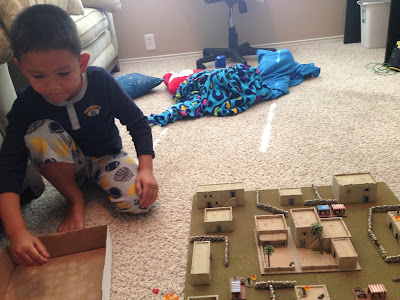 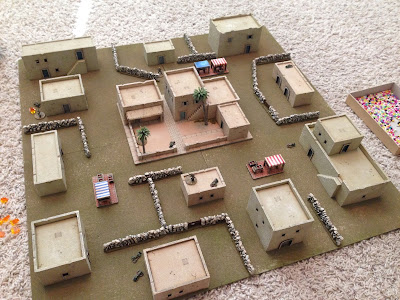 But the father has schooled the son in the military arts this day, making up for the Padawan wiping the floor with me in our first game.  Lots of fun, and we shall be doing it again soon.