Well, I've got more troops for Modern Middle East, but I've posted all I've got finished so far, so time to move on to other modern troops I've finished, which are for Modern Africa.  First off, I bought one of Rebel Minis' "Battle Boxes," the one for Bongolesia, and it's pretty cool.  I won't get to all of it hear, but it's got African Rebels, African Government Troops, and a team of mercenaries/contractors/ special forces-types in civilian clothes.  Here we'll look at the Gov't troops and Mercs. 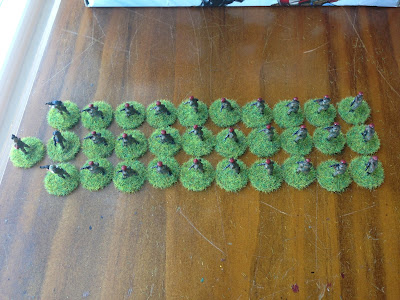 Here's the whole Gov't force, 27 troops in nine (9!) different poses.  Sure, some of the poses are a bit 'samey,' but nine poses for 27 troops is pretty damn amazing if you ask me.  There are also four mercs, each a unique pose.  When you pair these with the Rebels, and the fact they also come with some scenarios, the Battle Box is a helluva deal. 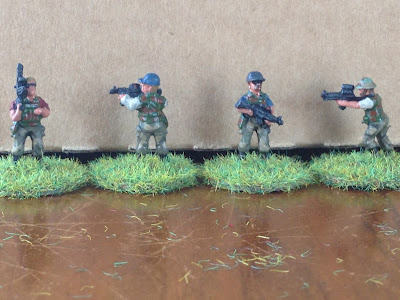 First up are the Mercs.  Four poses, and they're all good ones.  These guys are wearing light gear and civilian clothes, sunglasses, baseball caps, etc..., so really look the part for Mercs/Contractors/SF.  The weapons aren't the most crisp castings I've even seen, but they're all recognizable as some form of M-4/M-16/AR weapons (with various optics/attachments), and basic load-bearing equipment.  I Painted them all in the same type of cammie trousers, but gave them all different civilian shirts and hats. Also put on various goatees and beards, though it may be tough to see in the pics. 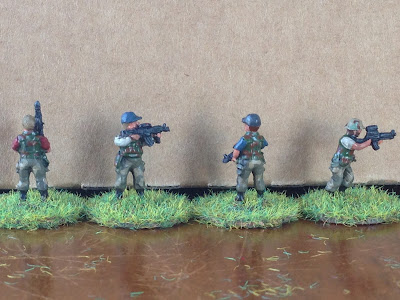 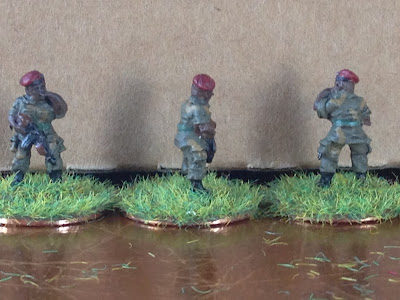 Moving on to the Government troops: these are all equipped with AK-47s, are wearing berets and camouflage utilities, and aren't carrying any gear.  While I would  have liked to have seen some gear on them, from what I can tell they look pretty accurate from pics of the 80s, 90, and early 2000s.

This guy seems to be the head honcho, and it looks like he's holding his rifle with one hand and having a smoke with the other. 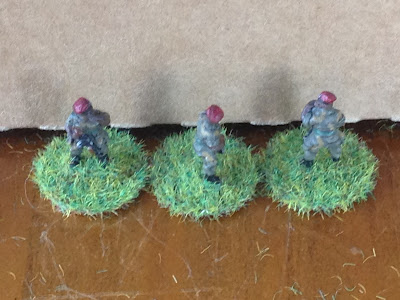 In the above photo you could see bronze of the pennies showing through, so I took a pic from above (as viewed on the gaming table) to show you don't see the bronze.

I made up my own basic camo pattern for these guys too. 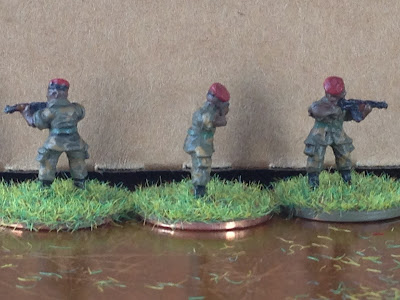 Next pose, soldier firing from the off-hand position.  You can see they are nice, clean castings, and paint up quick an well, everything's easy to get to.  My only regret is painting all of these with a dark skintone; in retrospect, I wish I'd have gone with a lighter skin tone so I could use these in place besides Africa, but what's done is done and they're still cool.

I really want to get into some French Foreign Legion fighting in Africa, as well as some 'Tears of the Sun'-style special operations stuff.  What I'm trying to do is find a way to fit that in my Cuba Libre campaign; i.e., I can use my FFL guys and my SF guys as Cubans involved in some brush war in Africa, thereby playing the type of games I want to play, while also advancing my Cuba Libre timeline/campaign.  This Imagi-nation thing is great! 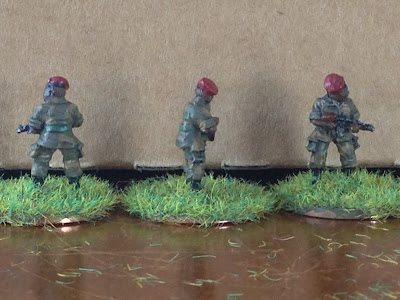 Next guy, in the alert carry (sort of anyway, 'alert to the dirt' for all you Marines). 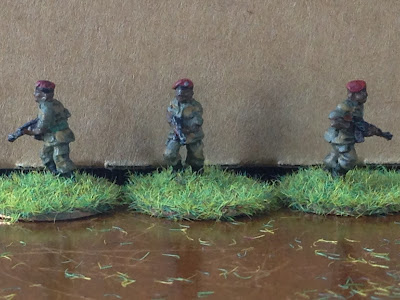 This guy is moving forward cautiously, probably my favorite pose.  Not sure why, it just looks cool to me. 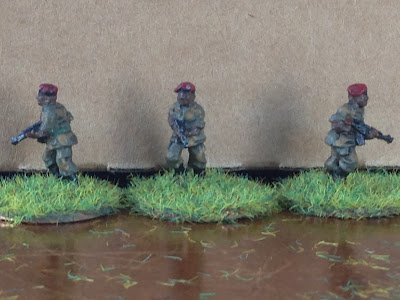 Another mover, only slightly different from the previous guy.  Hey, I told you some of the poses are 'samey,' but you've got to admit that nine poses is pretty amazing. 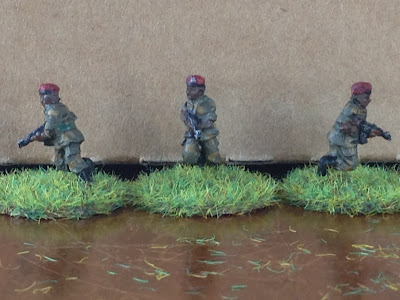 Another mover, looks to be moving a bit quicker. 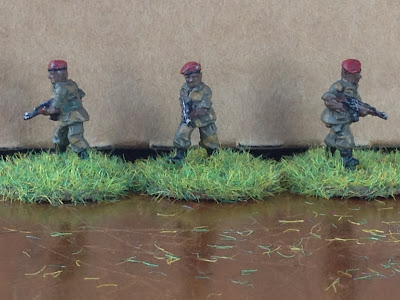 Taking a stroll.  These could make great sentries for the "Black Ops" rules from Osprey (which are on the way). 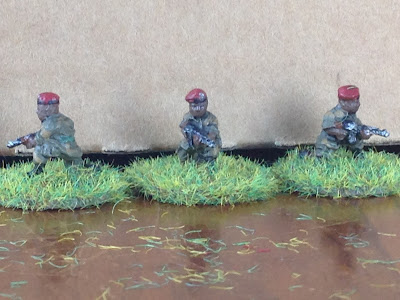 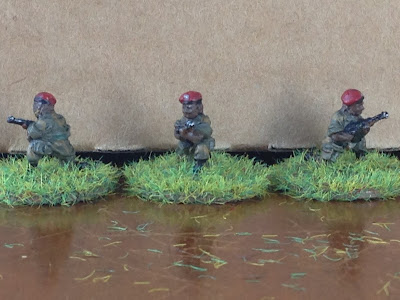 Another kneeling, with weapon up like the tactical carry. 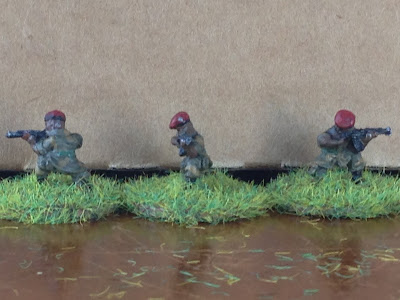 In any case, that wraps up the next batch of troops, stand by for more 15mm troop postings for Africa (three more, I believe).  Regarding my upcoming 20mm campaign in the Balkans, probably not going to be able to start this weekend.  I've got a bunch of terrain on the way, looks like some won't be here until next week though, plus I'm waiting on more 20mm Elhiem figures.  They should be here any day, but I still need to get them painted up and based.  But it's coming, so stand by for that too!