Continuing on with my end of year clean out of old (draft) blog posts, we've got some super secret agents and a camera crew from Rebel Minis, and some civvies from Peter Pig. 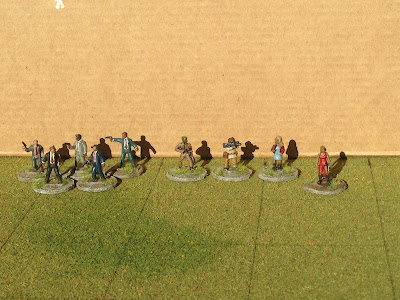 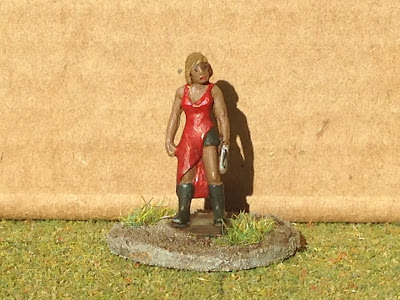 Oh, I forgot!  There's also Alice from Resident Evil.  Sorry, I'm not very good at faces and skin tones; I did my best.  She was actually used in Cuba Libre for some SOF support, in the infamous role of "Victoria Scallopini." 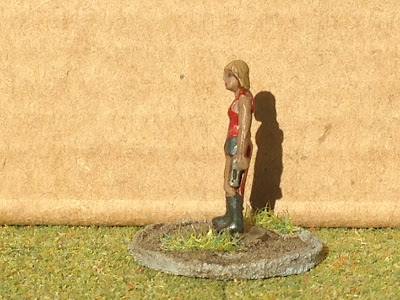 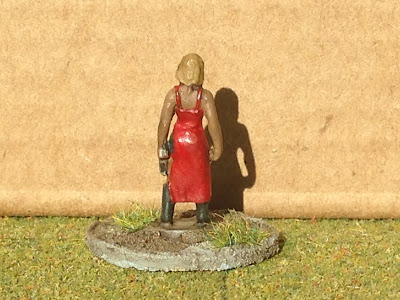 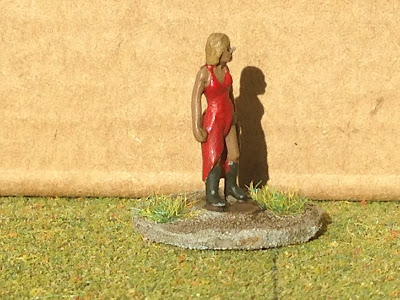 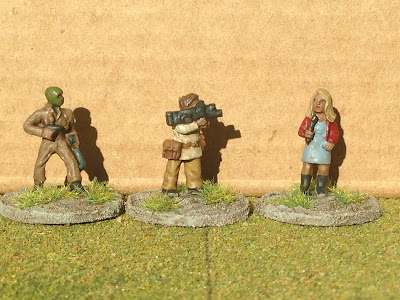 The Rebel Minis' camera crew, which also comes with a thief hauling a sack o'cash. 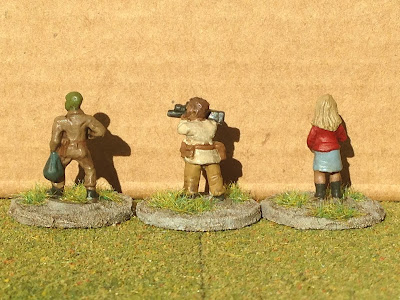 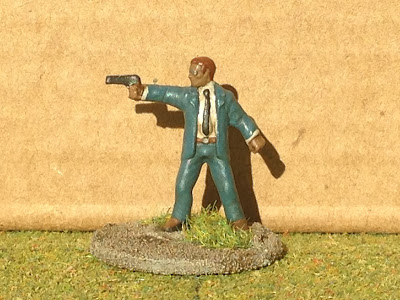 On to the super secret agents.  These guys are awesome, I just screwed them up with my inkwash a little bit (look at the bottom of his tie)... 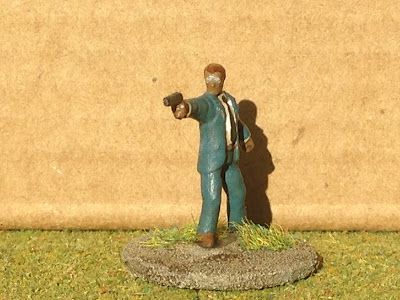 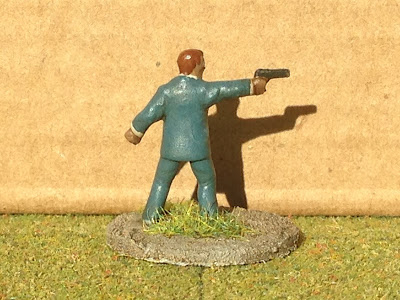 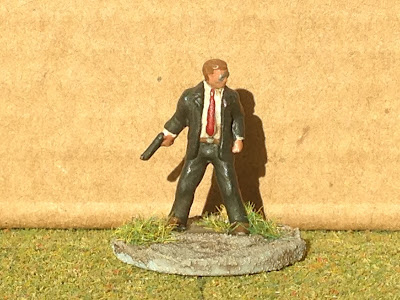 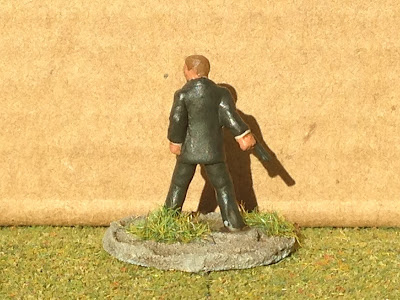 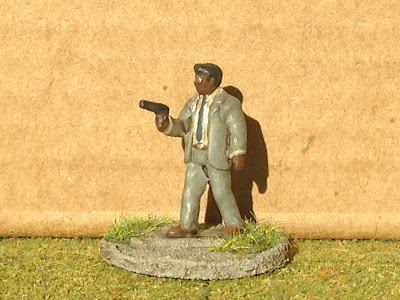 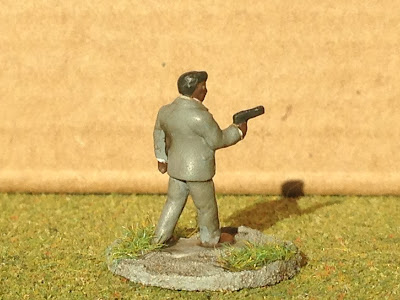 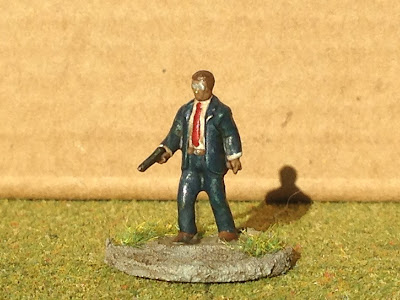 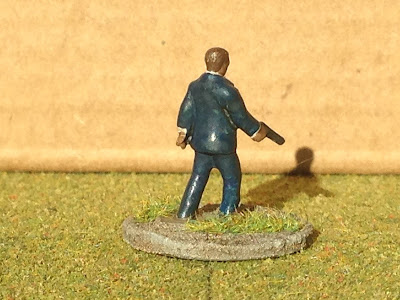 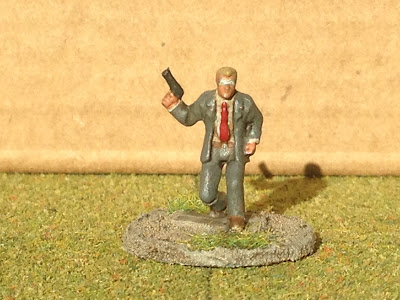 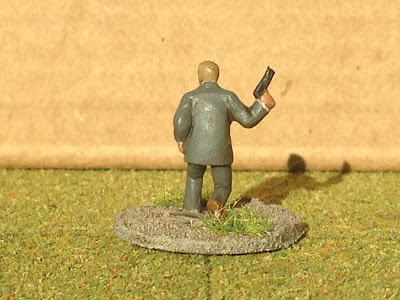 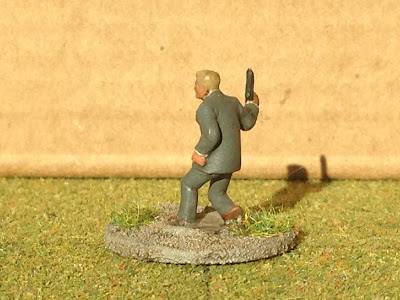 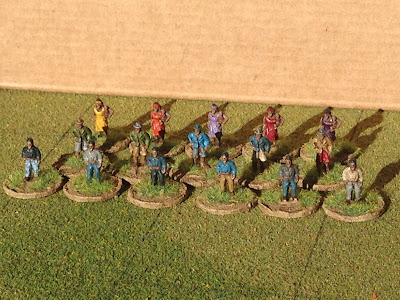 And a bunch of Peter Pig civvies from Martin's AK-47 range. 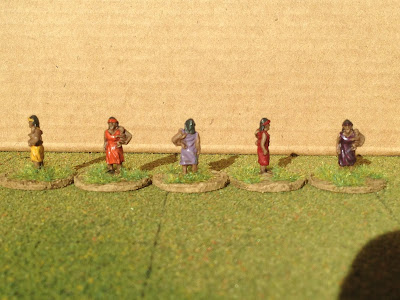 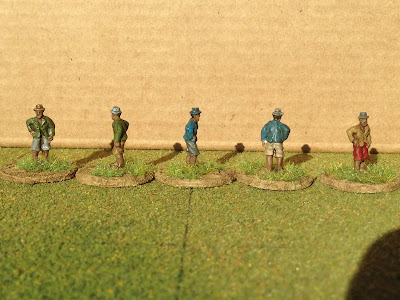 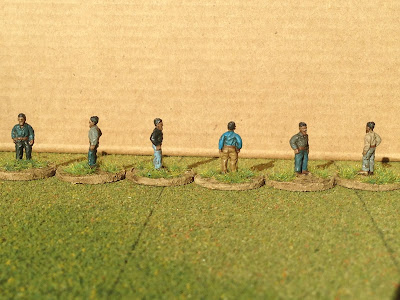 And the other male pose.

More on the way!