More modern troops, and once again they are Eureka Minis' Modern Australians, but this time they're painted up as Private Military Contractors or Special Operations Forces in mixed uniforms.  Seems I just can't get enough of these troops, and they are indeed fantastic.  What happened is, I previously had painted up six Modern Aussies for use as PMCs/SOF, then I decided I wanted more than just six, so I bought some more and got them ready. 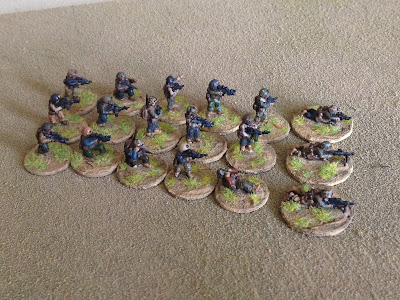 The whole force, including the original six, for a total of eighteen troops.  I've got guys from the following packs: sniper (uniform, not ghillie), prone MG team, SAWs, UGLs, riflemen, standing command, and kneeling command.  They're done in a mix of uniform items and civilian clothes, with the same vests and gear, and various types of camo (mixed helmets, trousers, and blouses.  Yes, we call shirts blouses).  In order to use them in both temperate and desert climates, I tried to base them up where it would be okay to use them for each. 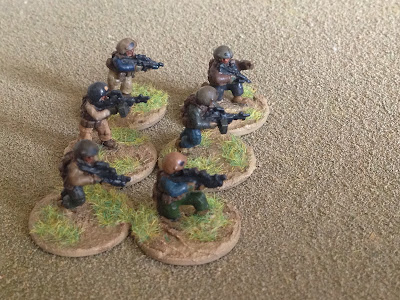 One more time for the original six guys I painted up. 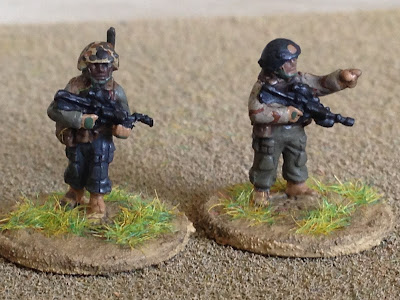 Then moving on to the new guys.  These are from the standing command pack, an officer/NCO and his radioman (RTO). 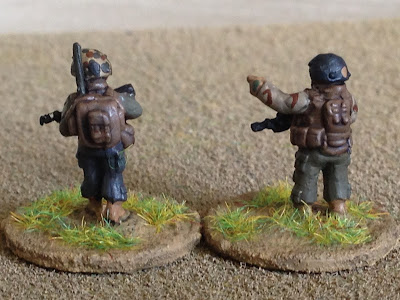 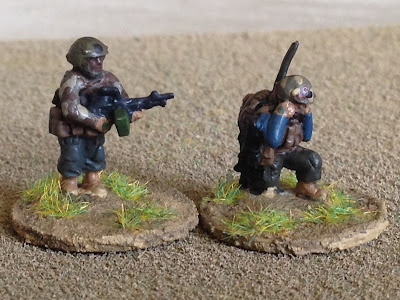 A SAW gunner and a kneeling RTO. 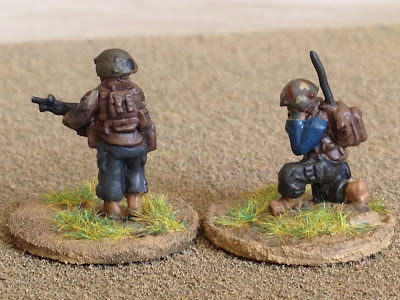 Reverse.  Look at the detail on that gear! 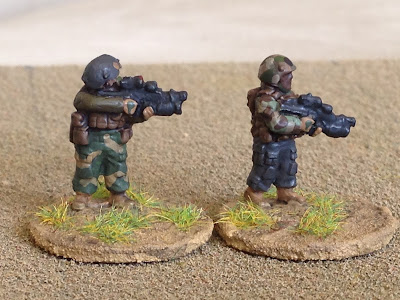 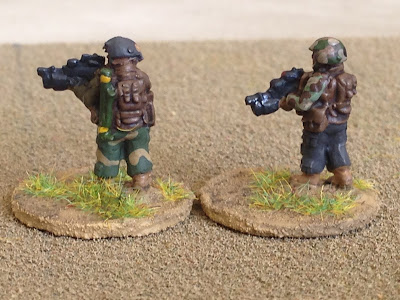 Reverse, where you can see one of them is carrying a LAW rocket. 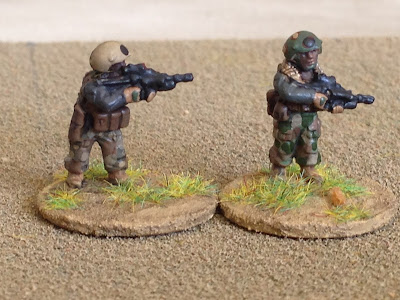 Two riflemen, one (right) carrying some belted MG ammo around his neck. 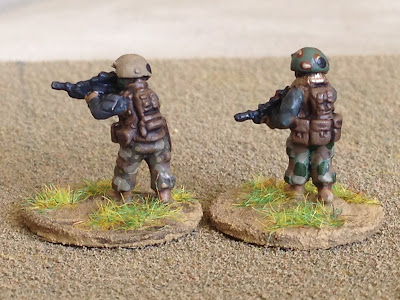 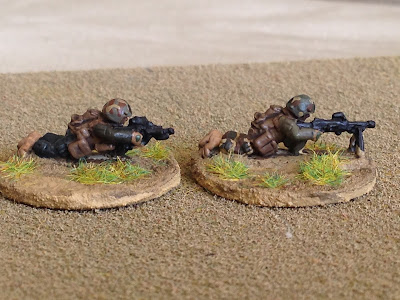 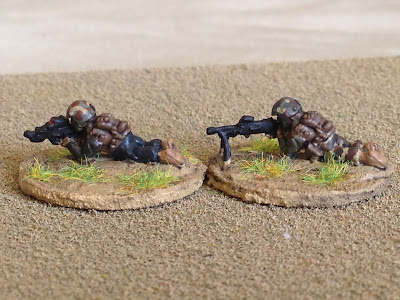 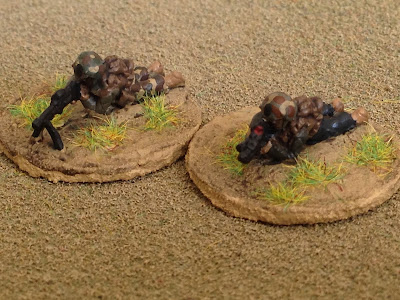 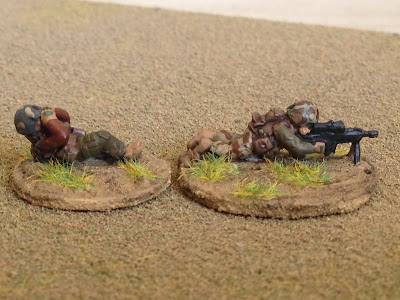 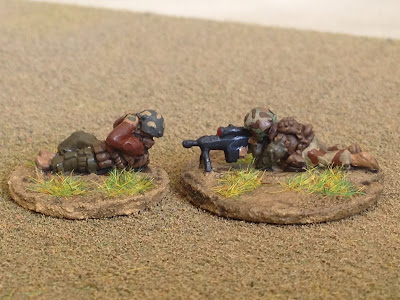 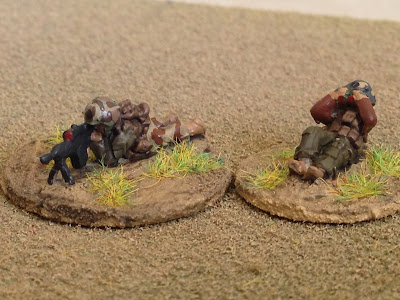 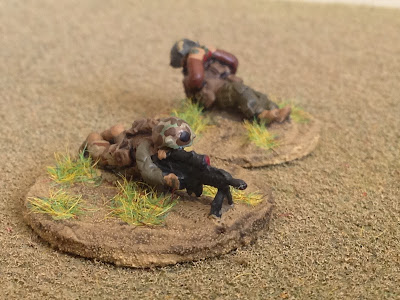 Other side.  I need to get that yellow paint off his damn magazine!!! 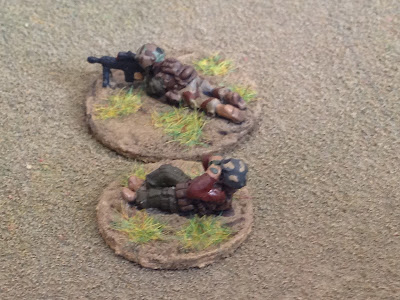 That's all for now, plenty more on the lead pile, and plenty of planned games, so I'll look to keep posting for ya.  As a matter of fact, these guys have already seen the table (Operation Payback).  More to follow.