Peter Pig 15mm LRRPs/SOF for the Desert and Arctic

Moving on with all the modern stuff I've been working on, I picked up a single pack of Peter Pig Vietnam-era LRRPs.  I've done up US modern forces in temperate, desert, and arctic for a line platoon and Direct Action shooters, and I had recon types for my temperate force, so I decided to knock out some recon for my desert and arctic forces. 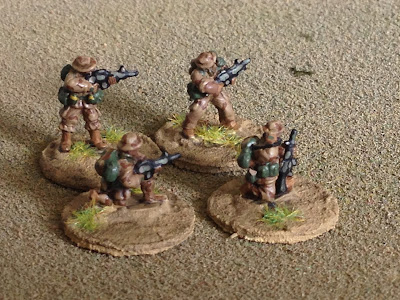 Here is the four-man desert recon force.  They're wearing desert tri-color camo, and I painted the weapons camo, too.  Or, at least I tried.  I'm not all that happy with how they look.  I tried a couple different ways, but the weapons kept blending into the uniforms (duh, camouflage!).  So I painted the weapons black, then went back in with a sand color.  It looks... okay I guess.  The figures themselves are great, really cool poses. 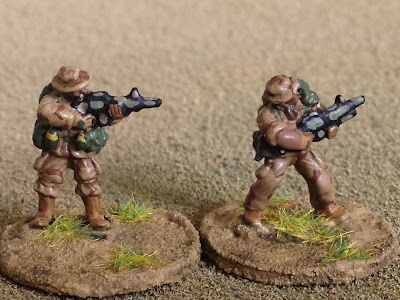 First up we've got a rifleman (left) and a grenadier (right).  Good poses, good detail. 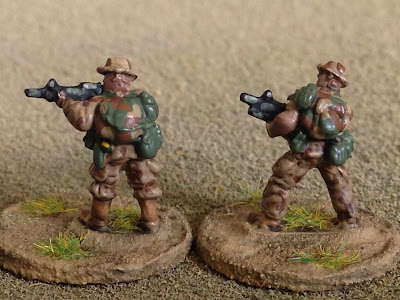 Reverse.  I love the packs.  Manufacturers, if you're listening, we need more packs!  Gotta show the world all the crap we had to carry. 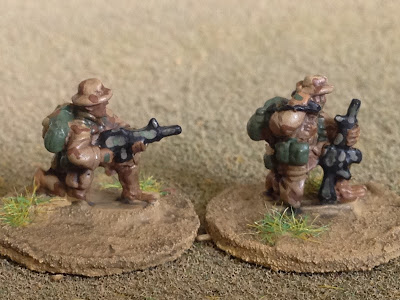 The other two guys, a kneeling rifleman (left) and the team leader or RTO (right).  The guy on the right, kneeling with his -16 while talking on the radio, is one of my favorite poses of all time. 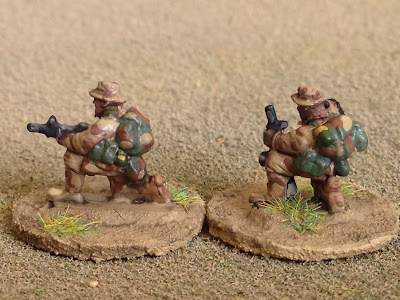 The other side.  A few closeups? 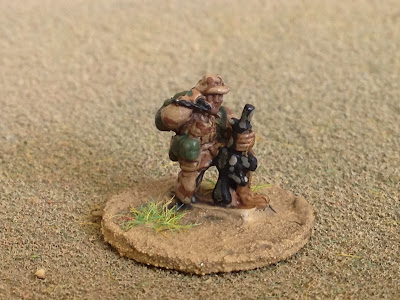 Here's a different angle on the radioman. 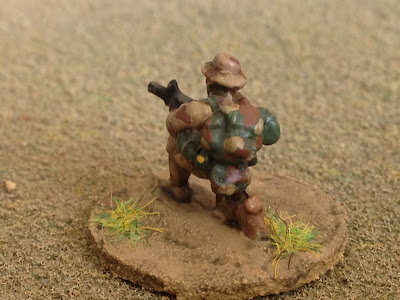 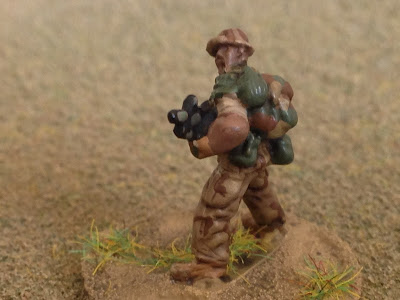 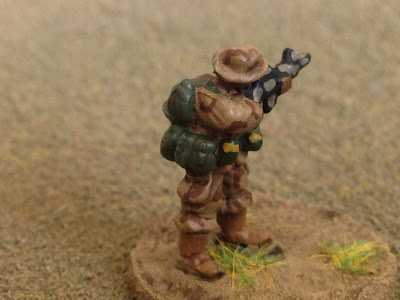 And the guy firing off-hand.

Now let's take a look at the winter guys. 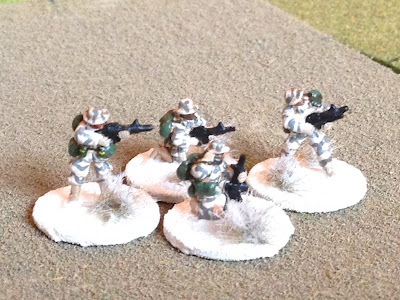 Same exact poses as the previous set, just prepped to freeze their asses off.  I tried camo'ing up the rifles, just couldn't get it to work, and I'm not sure how happy I am with my gray, squiggly-line camo.  Painting winter camo isn't as easy as I'd hoped... 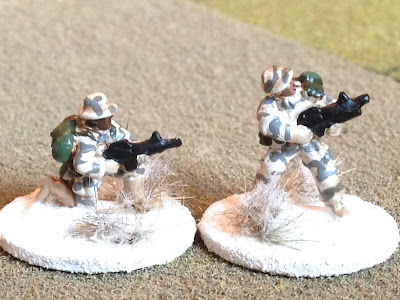 The kneeling rifleman and the grenadier. 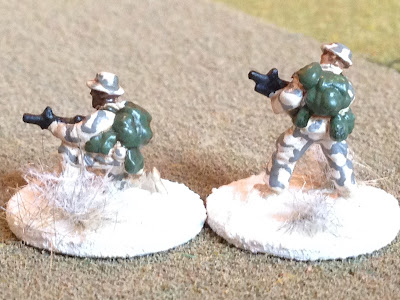 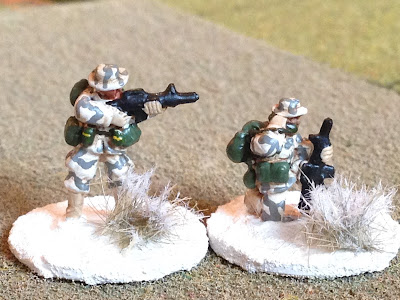 Standing rifleman and the RTO/team leader. 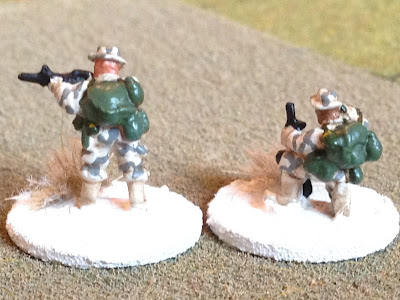 Reverse.  Should I have given them white covers for their packs (and desert covers for the previous set)?  Absolutely, but then it was blending together too much.  I will always lean towards paintjobs that make the figure stand out, rather than more realistic paintjobs that cause the figure to disappear on the tabletop.  I'm trying to walk a fine line between realistic uniforms and uniforms I can see.