After years of staring them down on the internet, I finally got my hands on some of OO's beautiful Russian "Green Men," and I must say, they're pretty damn cool!  Great poses and sculpting, the weapons and gear look great.  My only complaint is that they are made out of that same, brittle metal they use on their 3mm figures, so you've gotta be pretty damn careful when removing flash or you'll snap something right off (flash is minimal, by the way).  Anyway, I bought several packs of the riflemen and weapons, then split them in half.  As usual, I'm doing up a desert group and a temperate group; this is the temperate, I haven't finished the desert yet, but will post them once I have. 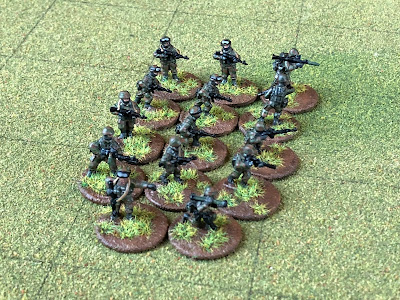 The 'Green Men,' just for Ivan ;)  Fourteen dudes in temperate uniform and basing.  To keep my life easy I painted them uniformly, but to make my life more difficult, I painted them in camo, rather than just keeping them a simple green color... 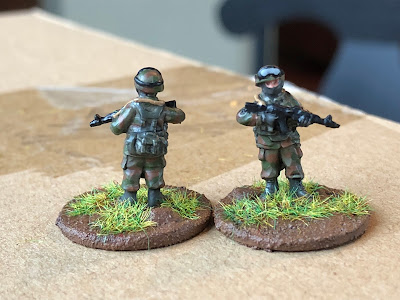 First up is a rifleman with AK, sporting some goggles on his helmet. 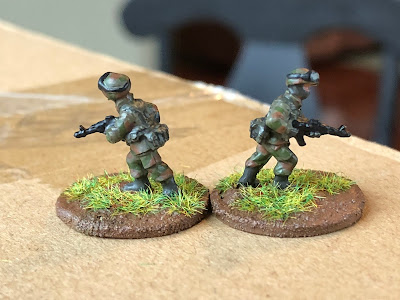 Another rifleman, moving up. 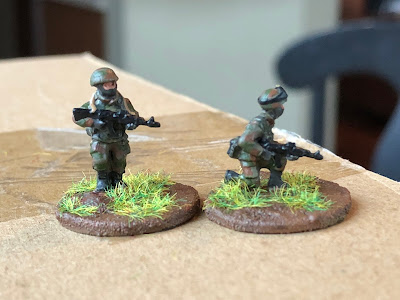 Another couple rifle poses, with my favorite "let's crouch down and think about this for a moment" pose. 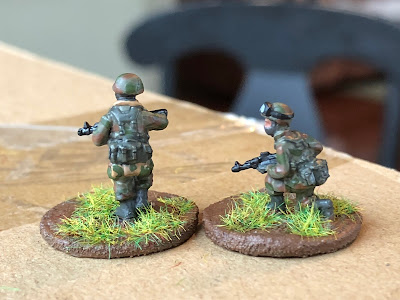 Reverse.  The guy on left is, actually, slightly different than the first pose photographed above. 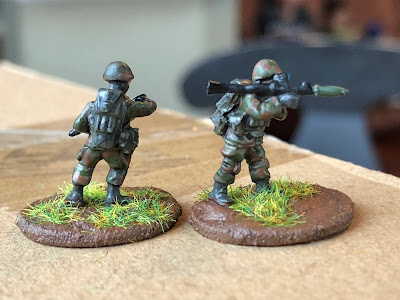 An RPG team, which is pretty damn cool.  Not too often you see the assistant, with his distinctive pack designed to carry more rockets. 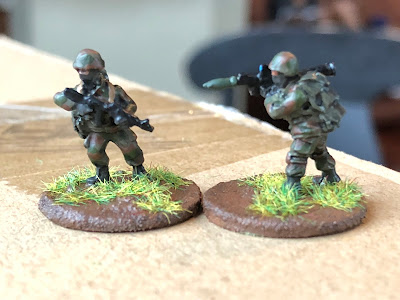 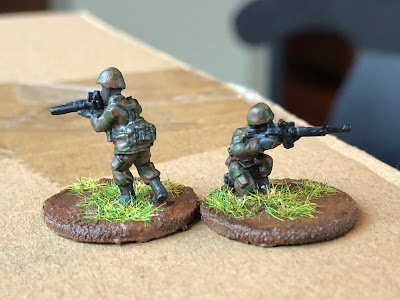 A couple of snipers/designated marksmen.  The guy on the right has the venerable Dragunov, while the guy on the left has the silenced "Vintorez"/VSS. 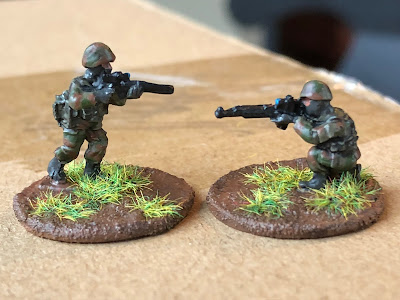 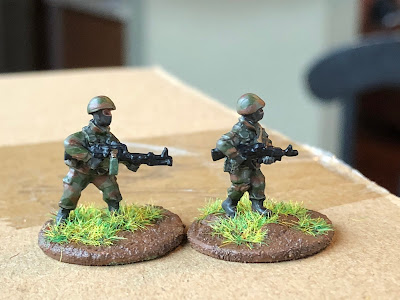 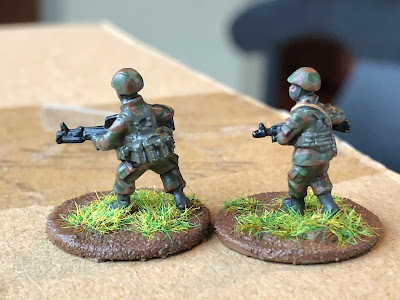 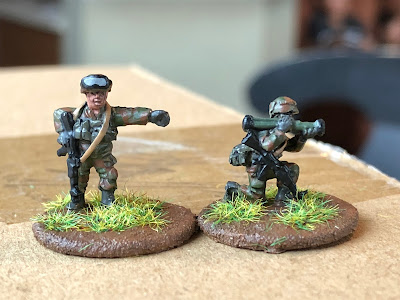 Lastly, we have the Boss at left and a rifleman with RPG-22 at right. 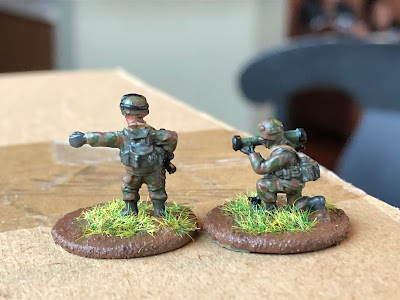 So, some pretty damn cool modern troops I need to get on the table.