Continuing my trek of posting the stuff I've painted up recently, next up are some guys I painted up for my buddy Darryl.  These are CP models, specifically Modern "CIA Operatives" and "Private Military Contractors."  They are super chunky and have lots of character, some great poses and I love the huge packs many of them are carrying.  My only problem with them is they are pretty big; supposed to be 15mm, but they are much larger than all my other dudes (sorry, I didn't take a pic to show the difference).  But not a problem for Darryl as he's got Taliban to go up against these guys. 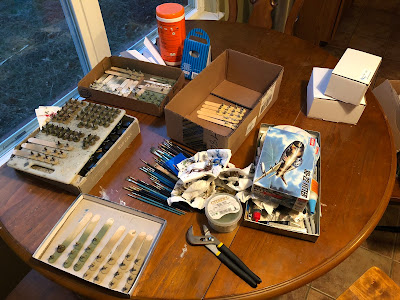 First up, a quick look at my painting station.  Too much crap going on; the lead mountain is upstairs, but even here you can see plenty of 15mm dudes unfinished (the only ones finished are on the chopping board at left)... 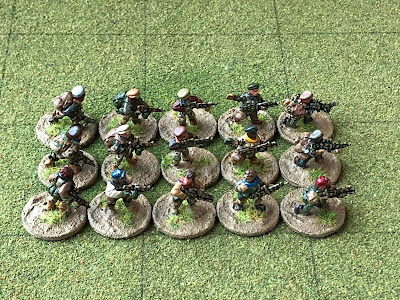 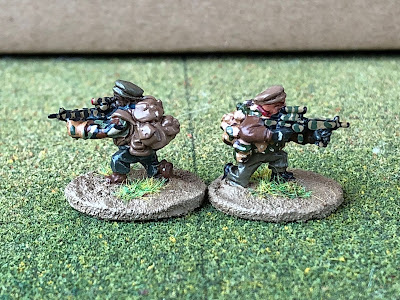 First up is a pair of kneeling riflemen. 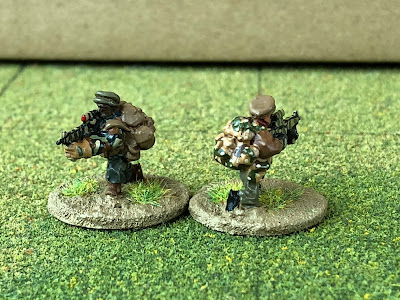 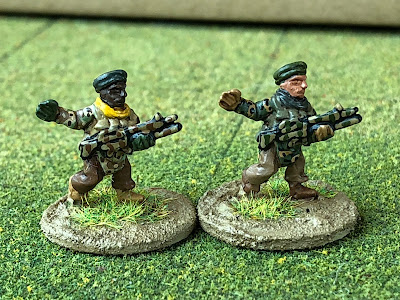 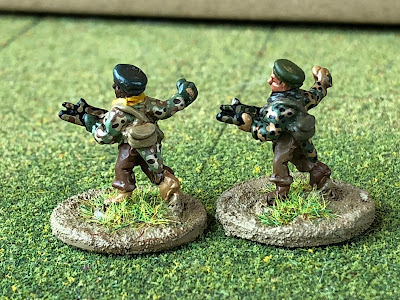 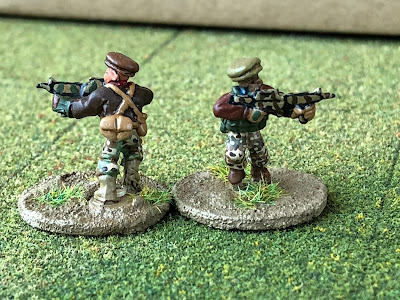 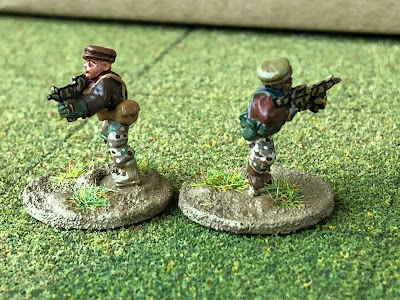 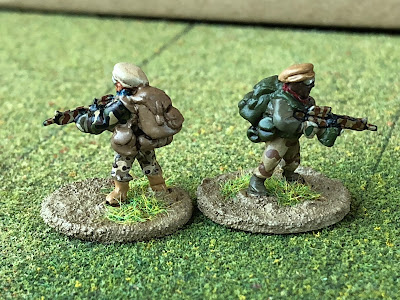 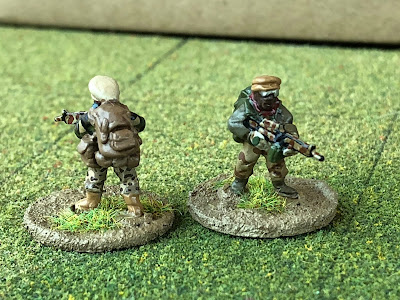 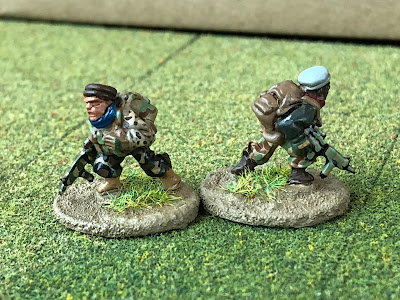 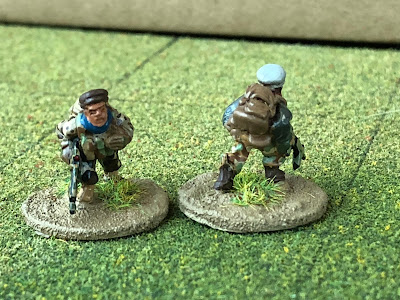 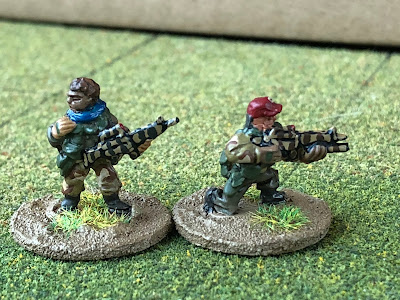 Then we get to the mismatched pairs: at left is a rifleman, at right another grenadier. 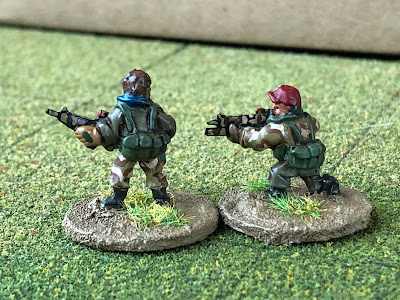 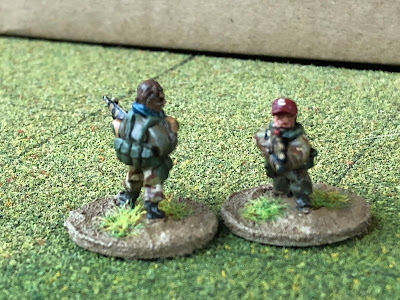 One more time.  You have to look close, but the hat is just for you, Darryl ;) 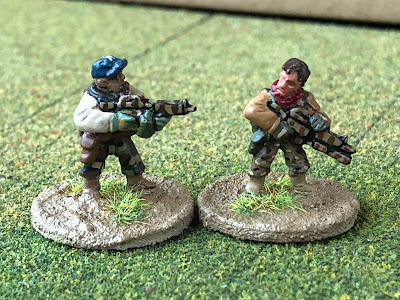 At left is a SAW gunner, at right another grenadier. 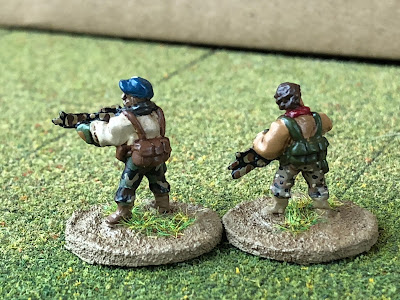 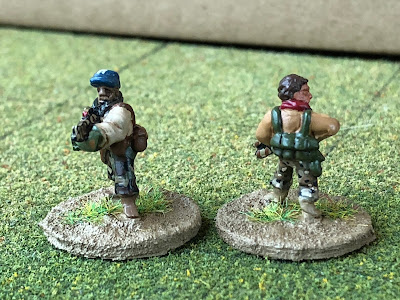 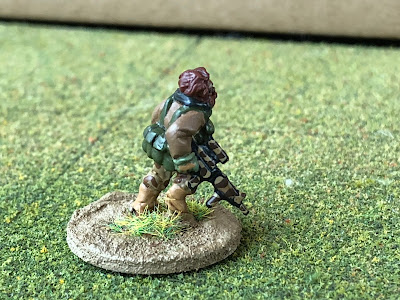 And then the last dude, the mountain man. 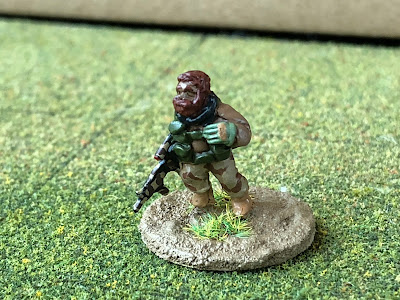 Now, I wasn't happy with the lighting in the previous pics, so I ran through the guys again real quick, below. 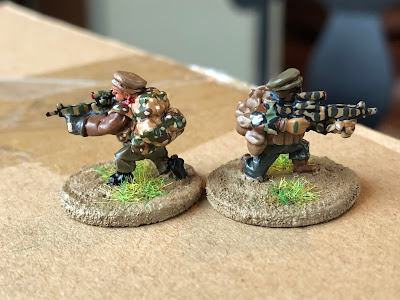 Riflemen, dig the optic.  I think you can see the camo a little better in these pics. 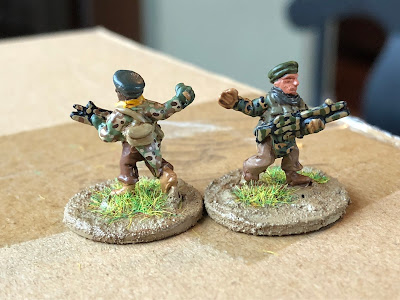 Grenadiers, with MTP at left and Woodland MARPAT at right. 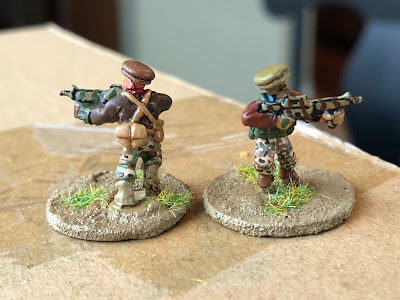 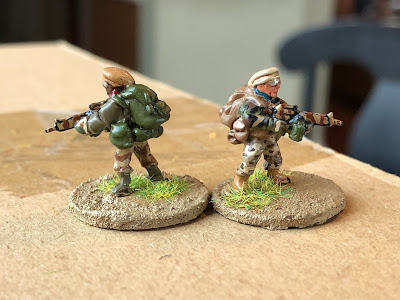 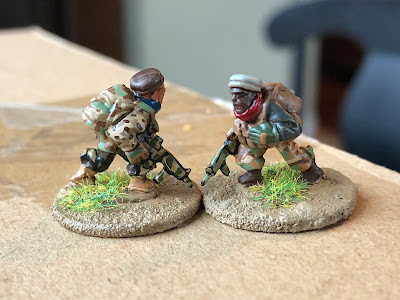 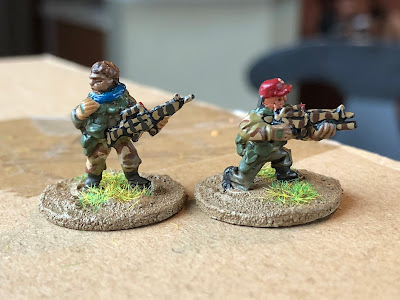 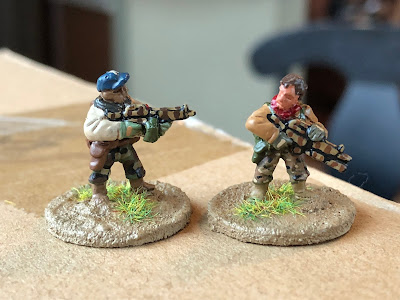 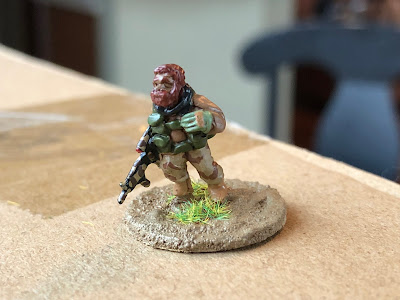 And the mountain man.

Sorry if that was redundant, but I think the second set definitely has better lighting, but I didn't take as many pics to show the troops, so I kept the first set as well.  Anyway, hope you like them Darryl, and I look forward to seeing them in some batreps!