More goodies from Anton at Flytrap Factory!  Previously you've seen where I painted up some of his 'new' version Modern British troops, which I did up in Multi-cam.  Well, I had another ten lying around, so I got to work.  I decided to do up a five-man team of SAS types, one in desert/temperate uniform/basing, the other in winter snow uniform/basing.  I haven't finished the winter guys yet, but here's the desert/temperate troops. 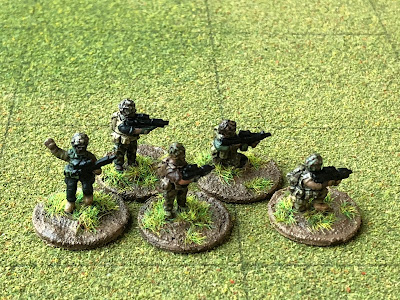 The five-man team, in sucky lighting. 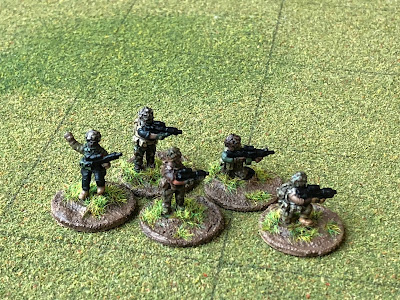 The five-man team, in a little less sucky lighting.  Man, it's been cold here (well, cold for Texas), and we haven't seen the sun in a week! 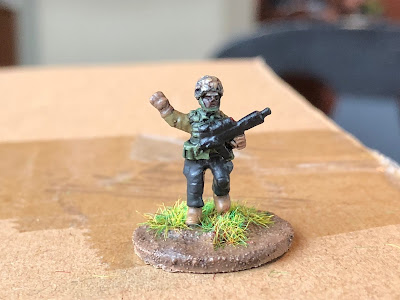 First man up is the team leader. 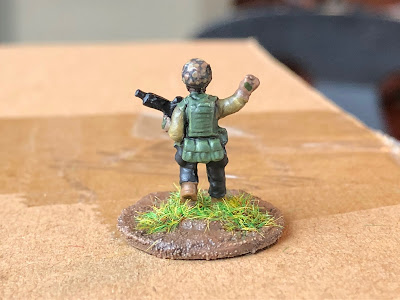 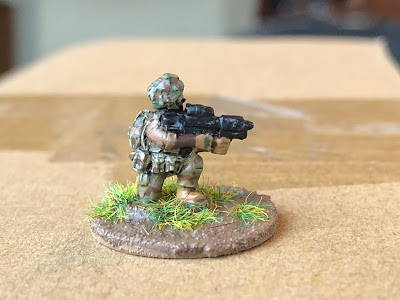 Next up is the team's grenadier, probably my favorite dude. 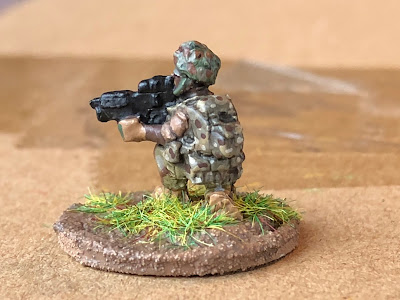 Reverse.  I experimented with a lot of different camo techniques on these guys. 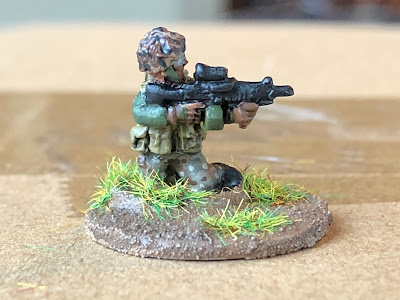 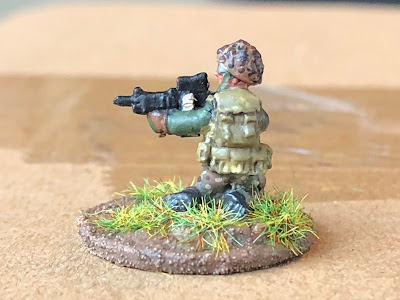 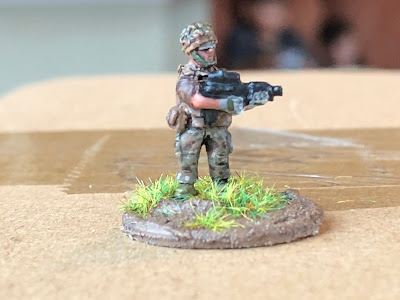 Riflemen #1.  I really love the camo I did on his trousers, just can't remember which colors I used... 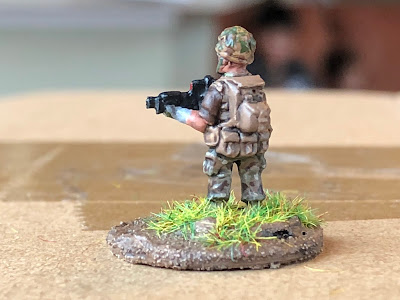 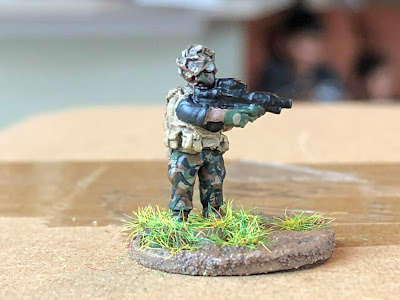 And Rifleman #2.  Busted out the DPM camo trousers for this one! 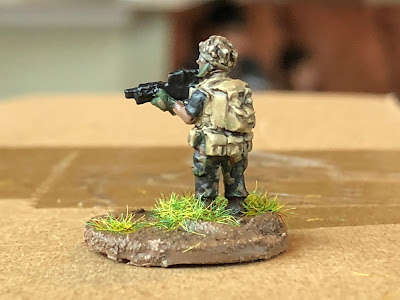 Pretty damn cool, if ya ask me!  Can't wait to get them on the table.