Well, fresh off my Blue-Tack experiment, I've decided to go monochrome for the vehicles in my Wolverines project, Soviets going medium green and Americans olive drab.  I was able to pop out to the garage after work and get them spray coated, here are some pics. 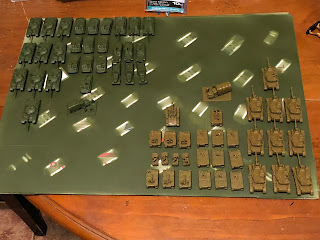 The whole mess, Soviets at top left, Yanks at bottom right, each side consisting of a tank company, a mechanized company, a recon platoon, a mortar platoon, a tank destroyer platoon, an AA gun, and a Battalion commander. 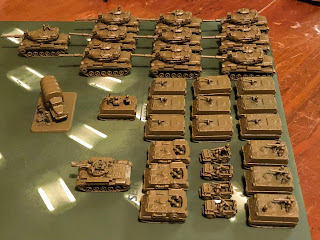 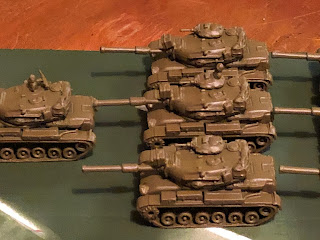 A closeup of the head of the tank column, with Company Commander at far left and a Platoon Commander at center. 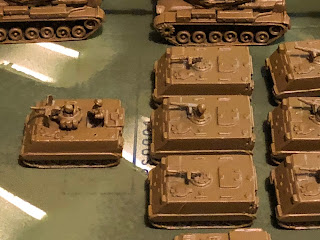 Same thing for the Mech column. 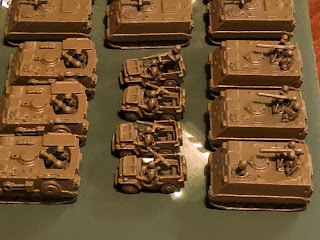 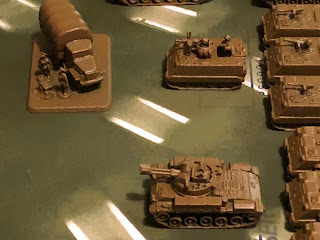 The Duster at bottom center and the Battalion Commander at top left. 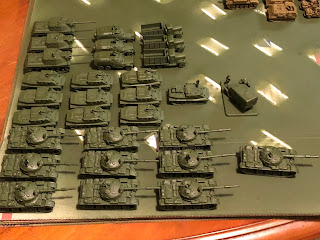 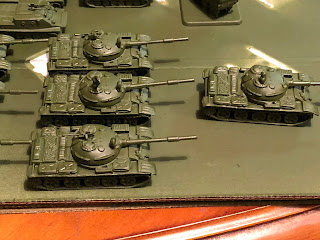 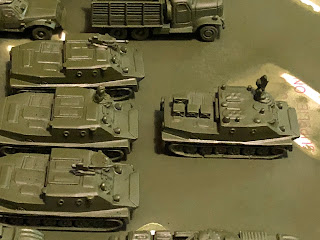 Same thing for the mechanized column. 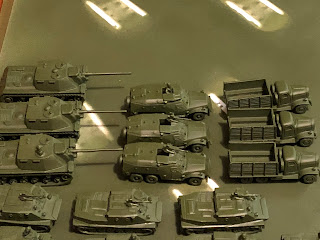 Tank Destroyer Platoon at left, Recon Platoon at center, and the trucks for the AA gun and heavy mortars (both of which are on the painting table with the infantry right now) at right. 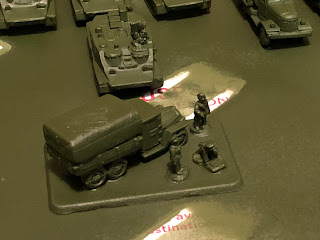 That's all for now, need to get to work on the grunts.