I recently placed an order with Anton (AKA "The Enigmatic Baron Trapdoor") of Flytrap Factory, who's modern troops I've always been a fan of.  Now I already had some Royal Marines of his, but when he released an updated set of them, I just had to hop on in, so below you'll see a squad of eleven men.  Oh, and here's a link to the original set of Royal Marines: 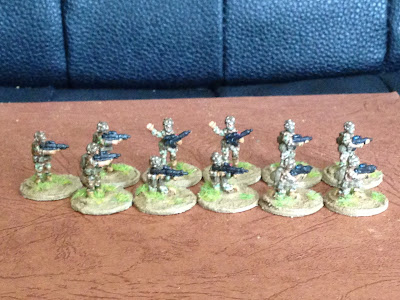 Here they are, twelve British Royal Marines done up in the generic pattern that it seems pretty much every Western power wears.  The eleven men are broken into five poses, with two grenadiers, two SAWs, two team leaders, two riflemen advancing, and three riflemen sighting in. 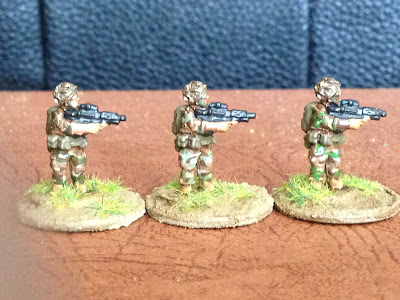 Here are the three riflemen sighting in, which I used as test figures for three different versions of the camo, in order to figure out which color scheme I liked best.  Ultimately I went with the middle figure's scheme, deciding the guy on the left was too dark and the guy on the right was too bright. 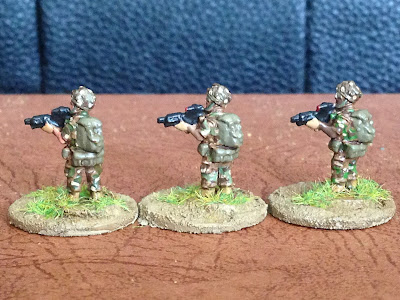 Reverse.  The gear and weapons look great, the poses look natural, and I love the chunky, burdened-with-carrying-too-much equipment look to the figures.  I think all the poses are wearing gloves, several have sleeves rolled up, and most have eye protection on. 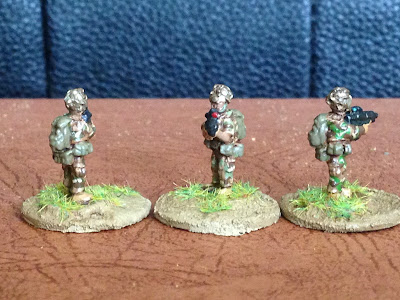 The same pose, coming atcha, going away, and quarter going away, showing off the chunkiness. 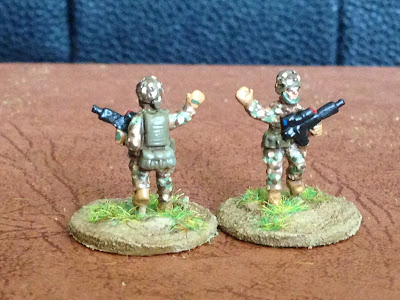 The two team leader-looking figures, though they don't have to be, could just as easily be a guy tossing a frag, or a pointman signaling a halt. 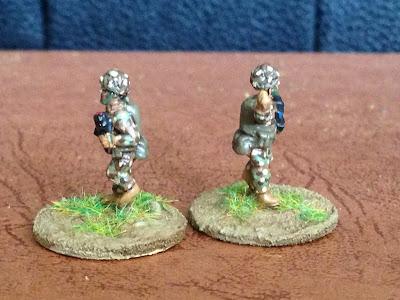 Same pose, from opposite sides. 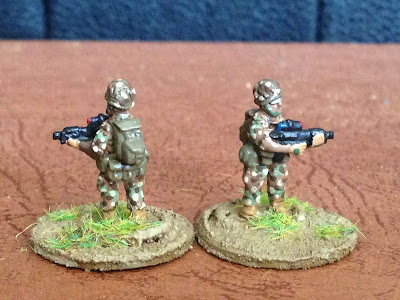 The rifleman milling about with his head not in the game pose ;)  Not making fun of the pose, just joking about young Marines. 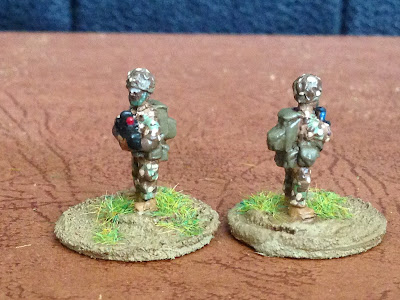 Opposite sides, where you can see how I painted the optics.  You can also see I went with my modern standard variation of three different skin tones within the unit. 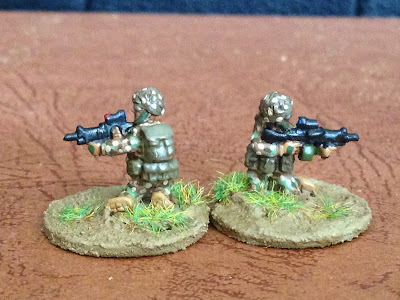 The SAW ("Minimi" to the Brits) gunner, kneeling down and sighting in.  Great detail on the weapon and optics. 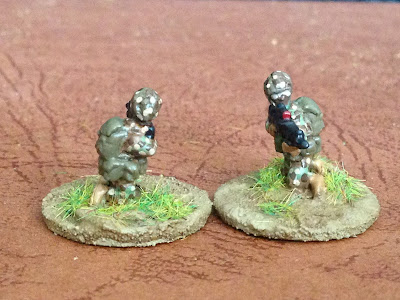 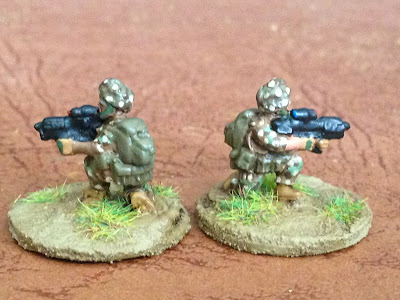 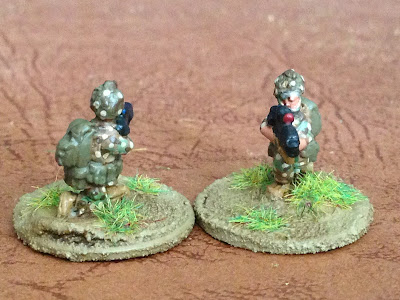 And the opposite sides of the grenadiers.

Some great looking troops, gotta figure out where I can get them on the table quick!