When it comes to my perpetual Napoleonics project, I've been able to keep my nose at least occasionally in contact with the grindstone.  Fresh on the heels of finishing off twelve infantry battalions (six French and six Austrian), I have completed my first four cavalry units.  I say "units" as I'm not sure what they're supposed to be, so if you can help me steer me on the right track, please do.  Here's the deal: I'll be playing the rules "Black Powder," and/or "Drums and Shakos Large Battles," maybe some "LaSalle."  The base infantry unit is the battalion; so, to be on 'equal' footing with regards to rules and base units, would the base unit of cavalry be the squadron or the regiment?

In any case, these are great looking troops from Russ and Connie of Old Glory 25s, in 10mm Grand Scale, which I'm quite fond of.  Each unit has a command base of Officer, Colors, and Music, and then three bases of troopers.  There is one unit each of: Austrian Hussars, Austrian Cuirassiers, French Hussars, and French Line Lancers.  Enjoy! 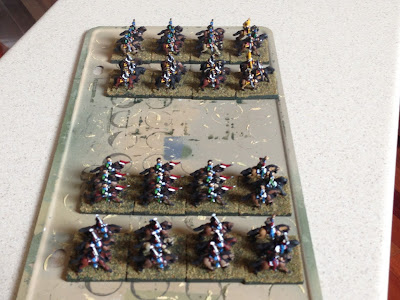 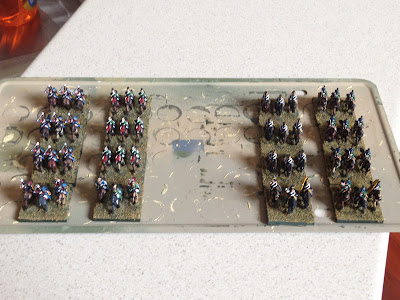 Looking fore to aft, French on the left and Austrians on the right. 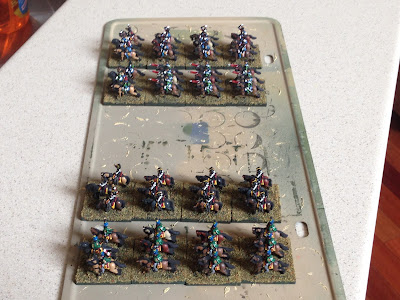 French on top, Austrians on the bottom. 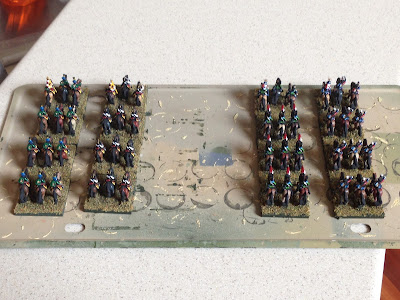 And from the rear, with Austrians at left and French on the right.  Now for some closeups... 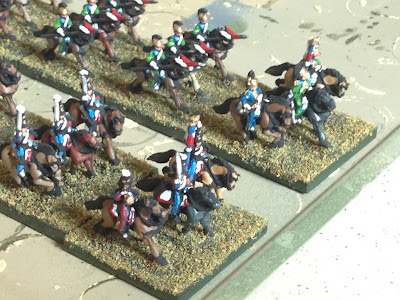 The French, showing the command stands  I actually reversed the Musics' colors, like you're supposed to.  It felt weird ;) 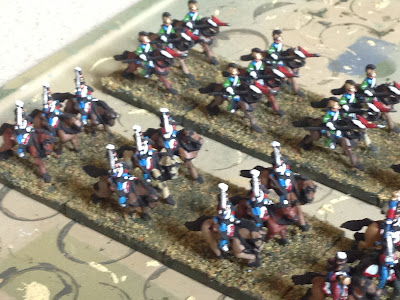 A blurry picture of the French troopers. 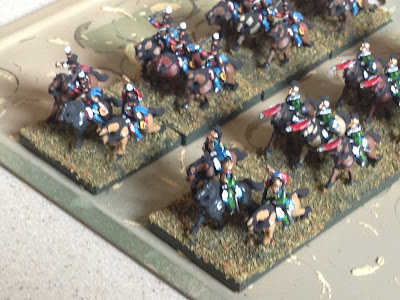 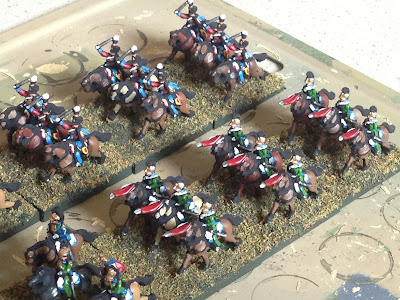 A better pic of the French troopers. 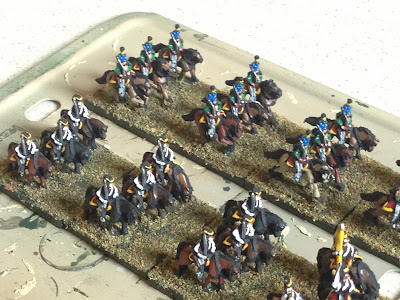 And now we swing over to the Austrians, starting off with their troopers, Hussars at top, Cuirassiers at bottom. 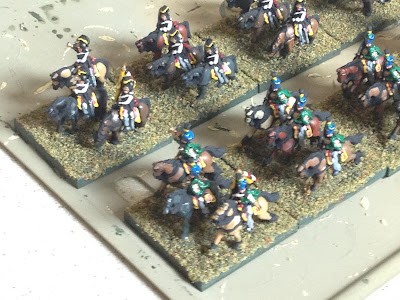 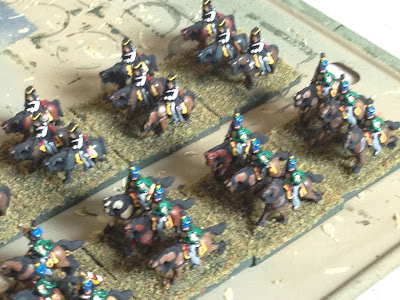 And then there were some requests for extreme closeups; I guess you guys want to see exactly how haphazardly I'm slapping paint on these guys.  I'm telling ya, they're ugly up close, but look pretty damn good en masse. 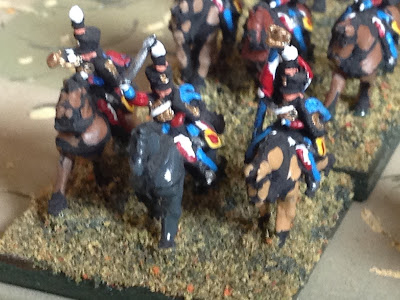 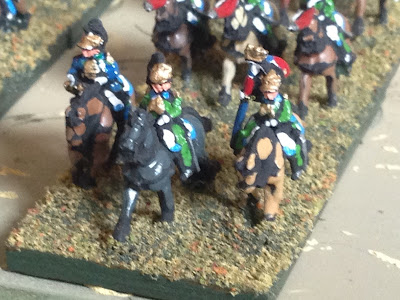 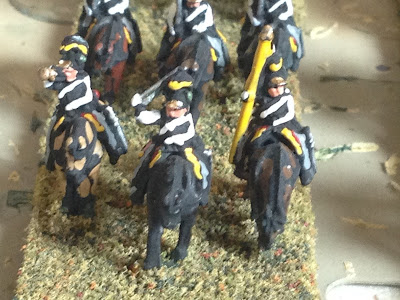 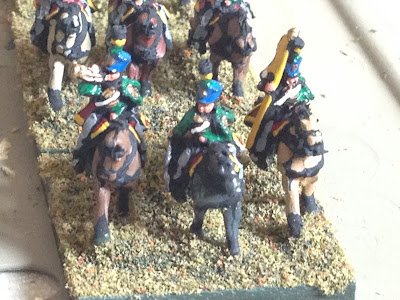 And Austrian Hussar command.  I did my best to make the green and blue 'pop.'

Anyway, hope you like them, and I continue marching towards the day I'm actually able to play a game.  Hope we're all alive to see it ;)