The steady slog towards getting enough troops ready to play a Napoleonic game in 10mm continues.  Previously I'd shown you twelve battalions of line infantry for the French and twelve for the Austrians, then I showed you two cavalry regiments each, and here I present two batteries of foot artillery each.  Each artillery battery will be represented by a single base on the tabletop, though I made two bases for each battery, one limbered and one deployed.  The deployed base has two guns plus crew set up as firing, and the limbered base has one gun being towed by its horse team, though I had to cut down on the number of horses in order to fit my basing system.  All troops and equipment are brought to you by the fine folks (Russ and Connie) of Old Glory 25s. 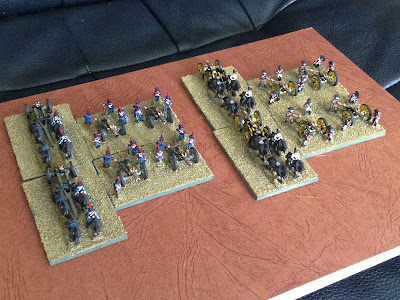 A look at the four batteries of artillery; I figure I need another two per side.  French are on the left, Austrians on the right. 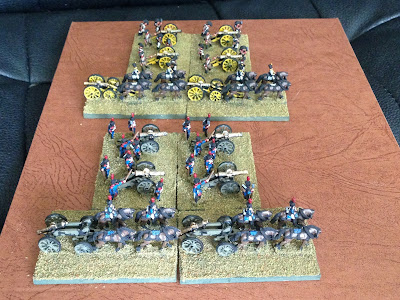 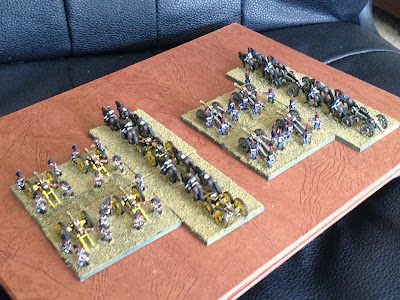 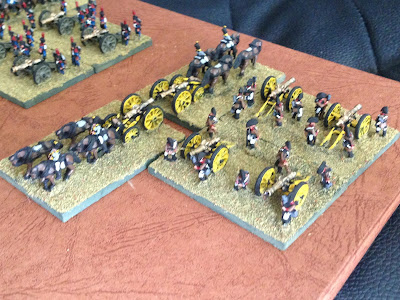 Some closeups of the Austrian guns. 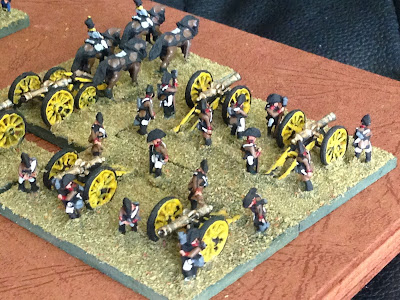 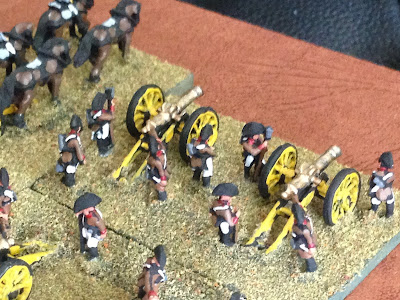 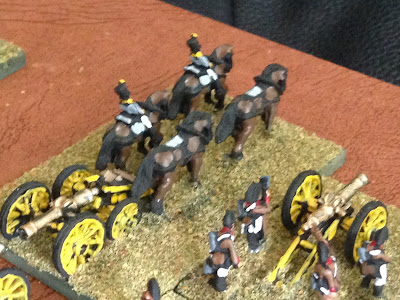 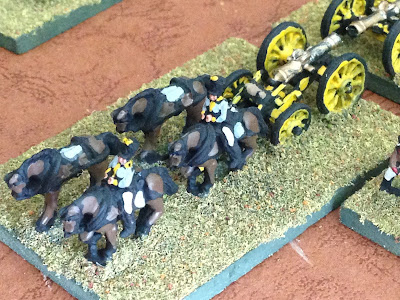 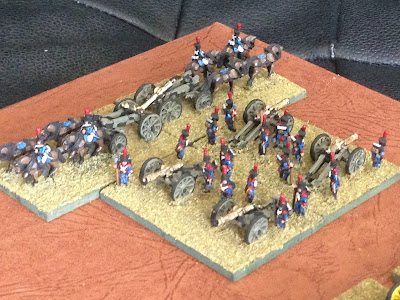 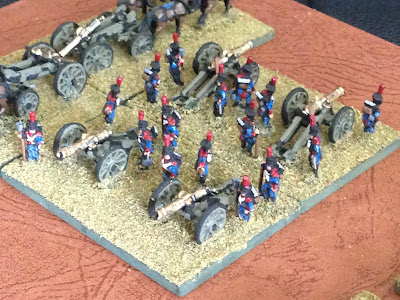 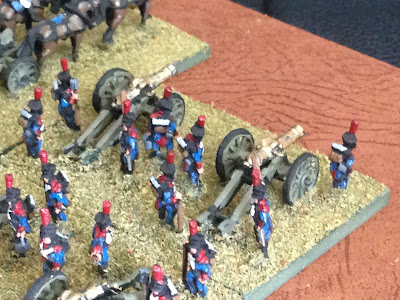 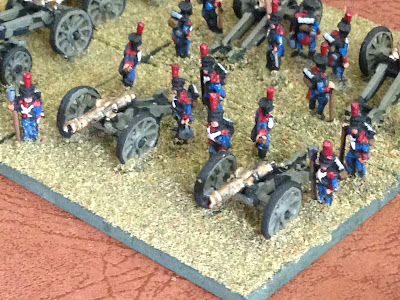 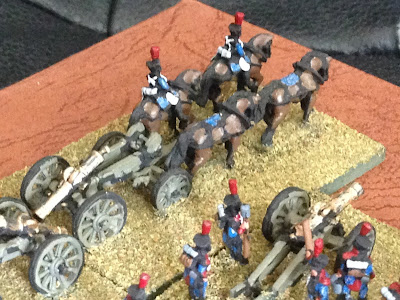 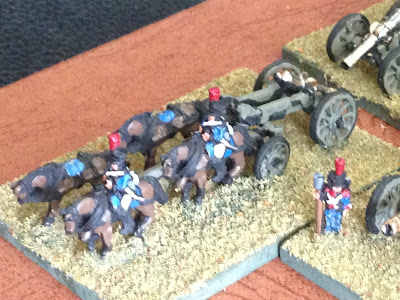 Well, that's it for now.  I've also completed three battalions of light infantry (each), which I'll be posting soon, and I'm about halfway done with some command stands.  Once the command stands are done, technically I'll have all the elements I need to actually sit down and play a game!  Having said that, all my infantry battalions are currently four bases and I'd like to push them up to six, all my cavalry regiments are four bases and I'd like to push them up to five, and I'd like to add another light infantry battalion per side, two artillery batteries per side, and two cavalry regiments per side.  Then I think I'd be pretty happy with my base force, and could just add to them (Guard infantry, Horse artillery, etc...) as the urge strikes me.