The boy and I have been playing and having a great time with Operation Jupiter, specifically, Ben Lacy's amazing scenario book of the same name.  We've already played eight fights (one in 15mm, seven in 10mm), and were having a lot of fun.  But we're crunched for time due to all the other gaming we're doing (a great problem to have), and I like 3mm, so I picked some stuff up from Pico Armor (those guys are fantastic!) so we could play on a small board with very little set-up/cleanup time.  I ordered, had them in my hands two days later; then I cleaned them and put them on sticks, painted, based, and flocked, all in about 3 1/2 hours.  Here's a look at them. 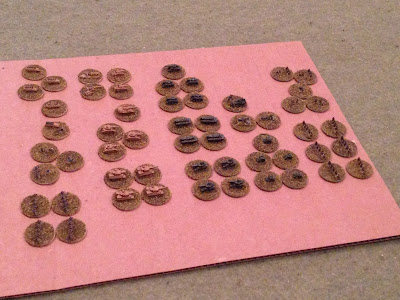 The entire force, based on pennies, with British on the right and Germans on the left.  I used a dark green for the Brit vehicles and olive drab for the men, dunkelgelb for the German vehicles and gray for the men.  I don't ten to do camo on 3mm, I'm just not very good at it.  I've seen guys on the 'net that have done it very well, but I always end up screwing it up, so I stick with basic colors and throw a wash on them.  The Brits are up first. 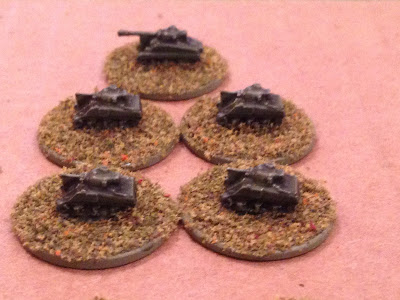 Some tanks: four Sherman Vs and a Firefly (top center). 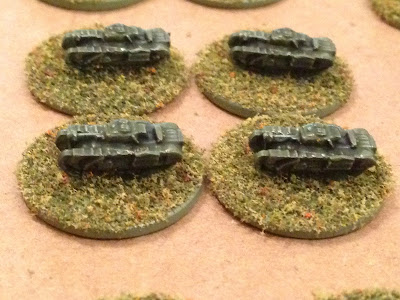 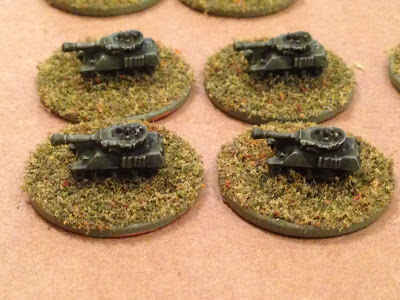 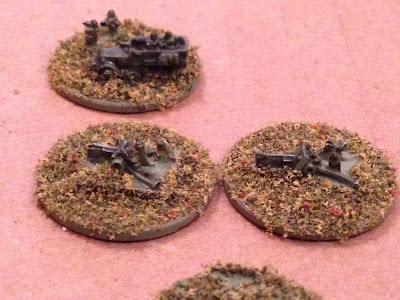 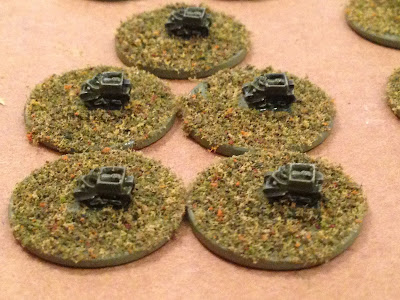 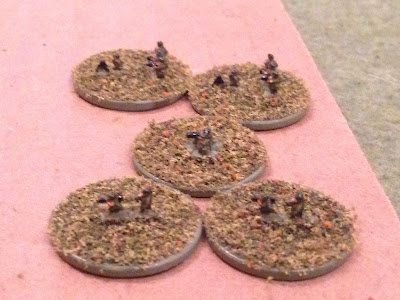 Infantry support: two two are 3" mortars, center is a Vickers MG, and the bottom two are PIATs (actually, bazookas, but close enough). 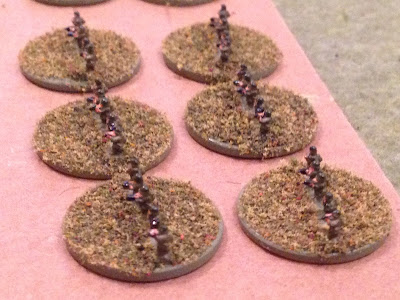 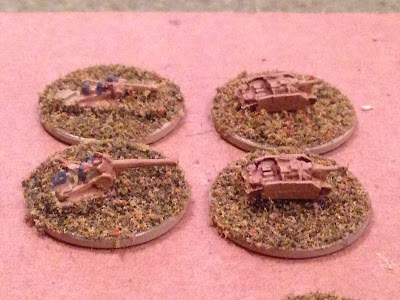 Assault guns and anti-tank guns: at right are two Stug IIIs (top right you can see I was jacking around with a piece of flash and snapped the muzzle brake off the damn barrel).  Top left is a PaK-40 75mm ATG, bottom left is a PaK-43 88mm ATG. 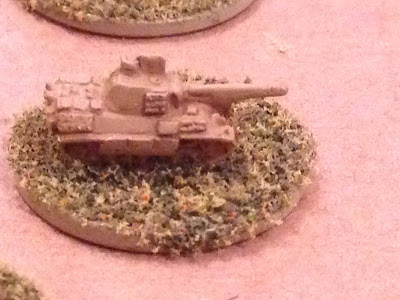 Tanks: A single Panther.  Look at that sculpting, absolutely incredible! 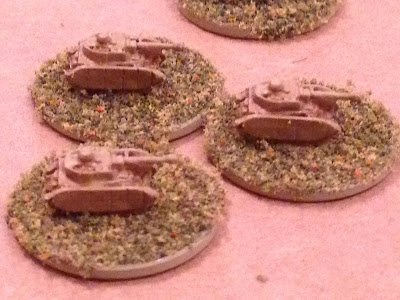 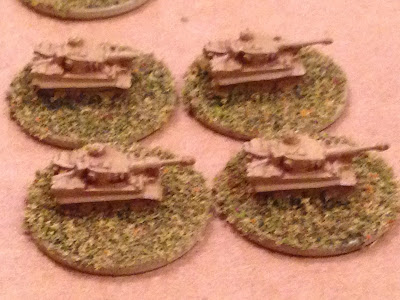 Tanks: the big boys, four Tigers (the one at top left is missing its muzzle brake, and I didn't do that one). 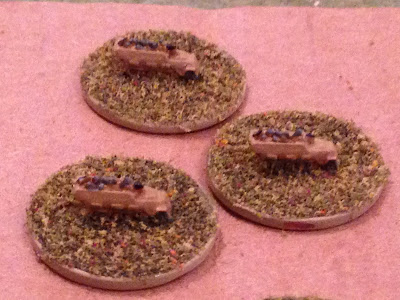 Transport: Three Sdkfz 251 halftracks.  They have troops in them, so the gray dots are little German helmets. 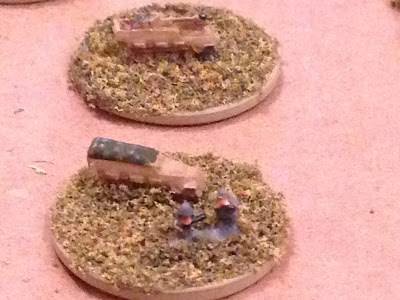 HQ and Support: at top is a Sdkfz 251/22, the anti-tank version with a long 75mm gun, while at bottom is the German command stand. 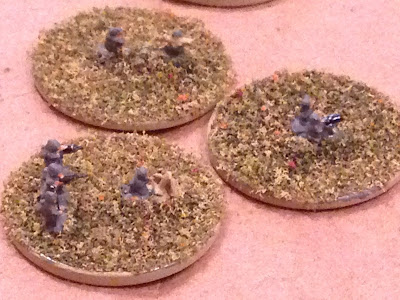 Infantry Support: top left is a Panzerschreck, MG-42 at right, and 80mm mortar at bottom left. 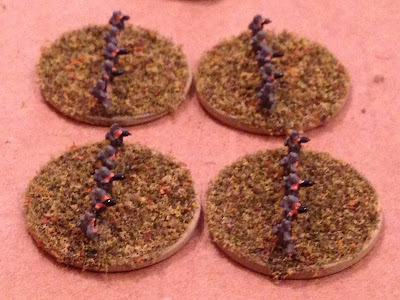 That does it for now, but wanted to show off the stuff, which we plan on putting to use in the near future.  Hope you like them, and if you've got any questions, just let me know.