In my ongoing quest for cool-ass modern/ultra-modern forces, I recently picked up some Khurasan Private Military Contractors in 15mm.  Only ten men in the pack, but reasonably priced and great sculpts.  Which means I shouldn't, but I'll probably buy some more.  Oh, and you'll see eight of the guys have backpacks on; those didn't come with the pack.  They actually came from the Khurasan DEVGRU pack (bought one of those, too, will post soon), so I robbed Peter to pay Paul.  Need to ask Khurasan's proprietor if I can just buy some packs.

I'm going to be using these guys for my upcoming "Unit 101" series of fights.  If you recall the debacle that was "Operation Pay-Off," these guys will be Cuba's sword of retribution, chasing bad guys all over the world in "Operation Pay-Back."  So, for that I had to add some more troops to make a full-sized SOF platoon of sixteen men: I added two Battlefront SEALs (from the Vietnam range), a Eureka sniper and spotter, and a Eureka M-240 machine gun team (the Eureka stuff previously seen in my "15mm Private Military Contractors" post, and in the Operation Pay-Off batreps). 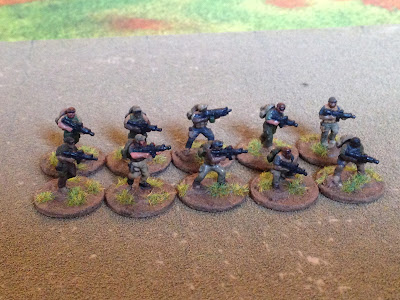 Ten guys, fantastic poses, pretty good proportions, great weapons.  With the packs from the DEVGRU code, I'll say great gear.  I'm very happy with these troops, can't wait to get them on the table. 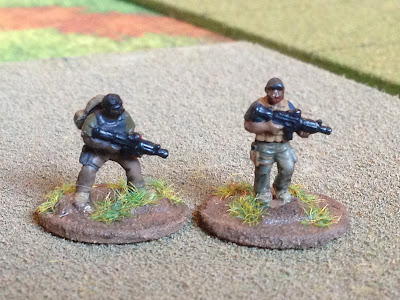 First two poses, both with M-16s and EOTech sights, vests, pistols on their thighs.  My painting and photo skills aren't really up to snuff, but most of the guys are wearing sunglasses and have facial hair.  For those of you that used to watch the TV series, "The Unit," tell me the guy on the left doesn't look like Jonas. 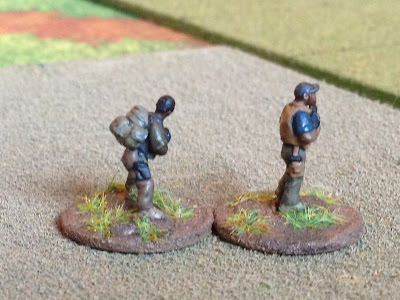 Side view to show proportions and the pack. 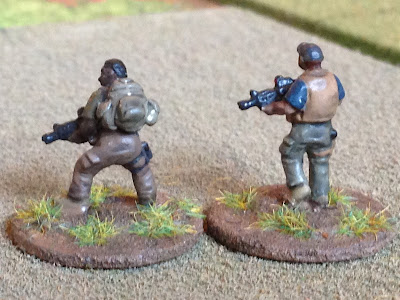 Rear view.  Sorry, there's some glare on them... 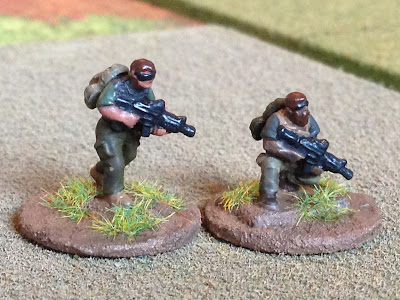 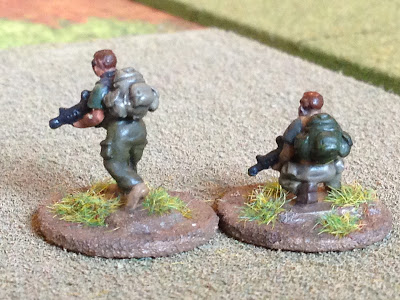 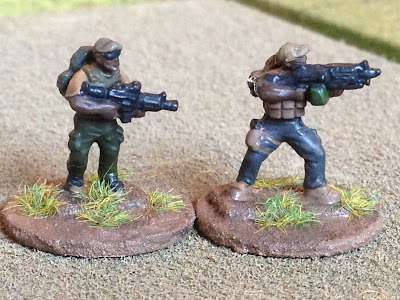 An operator at left, and a machine gunner with Mk48 at right, which I thought was pretty damn cool.  No SAWs in the pack though. 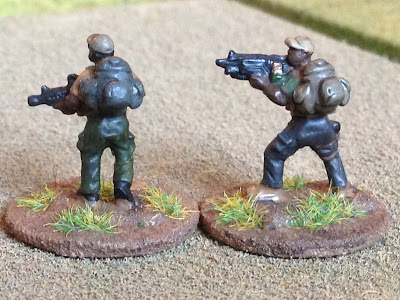 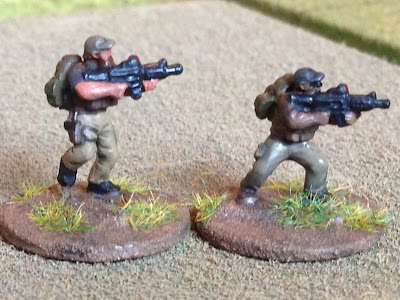 Two more operators.  Look at that beard on the left, and aren't those great poses and well-cast weapons? 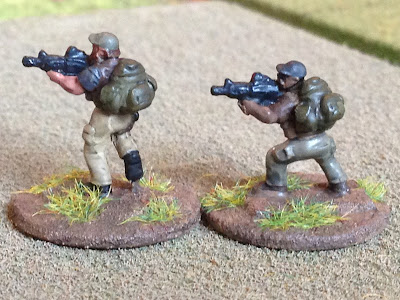 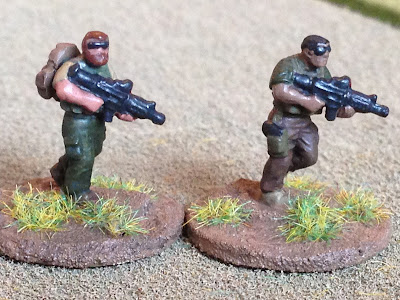 Two more operators, guy on right is the other dude without a pack. 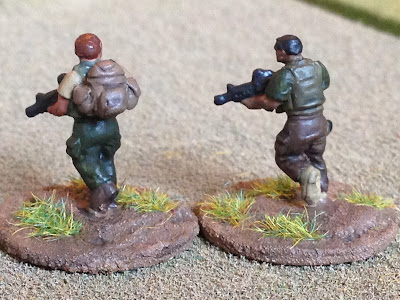 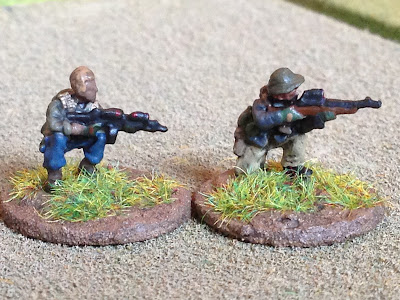 The two Battlefront SEALs, painted up to match. 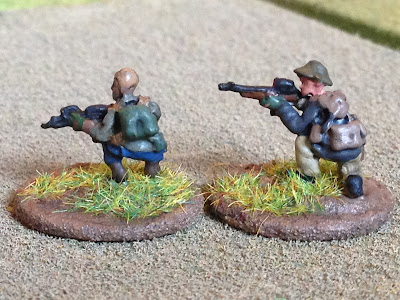 Reverse.  Great figures; you saw some of them (painted up in US Woodland camo) in the earlier "Operation Cro-Wings."

Well, that's the next force, more batreps to come (Unit 101 and my foray into WWII in the Philippines; if you missed it, on my new blog with my new teddy-bear fur mat, here's a link: http://oldleadbreed.blogspot.com/2017/01/another-new-blog-plan.html), so stay tuned.