So I've gotten deep into Thomaston's "Tiny Air Combat," having bought and mounted a slew of them: 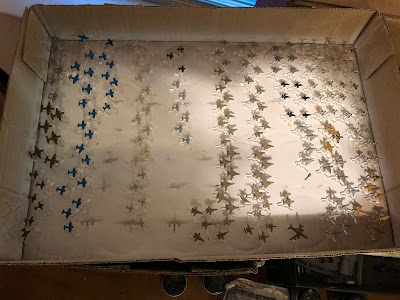 The whole mess, a ton of WWII and Post-WWII stuff. 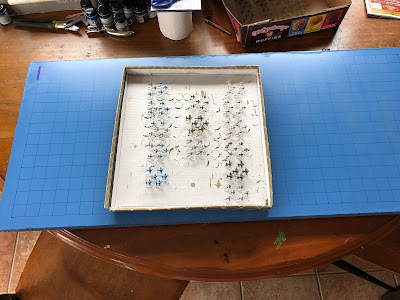 I finished up all the WWII stuff.  Hell, I've even played seven dogfights and posted them here (fights 12-18):
https://oldleadbreed.blogspot.com/

I'd been playing a makeshift gaming surface; I'm happy to report that I've finished my new, permanent gaming surface, which you can see under the box holding the aircraft.

Let's take a closer look, see what I've got. 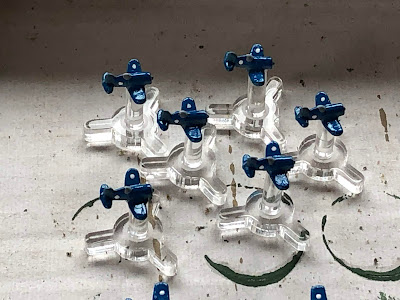 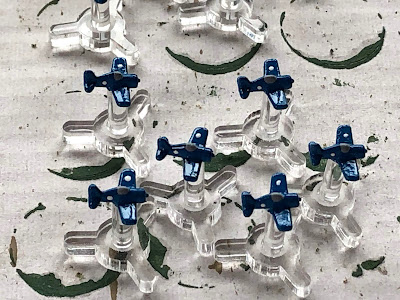 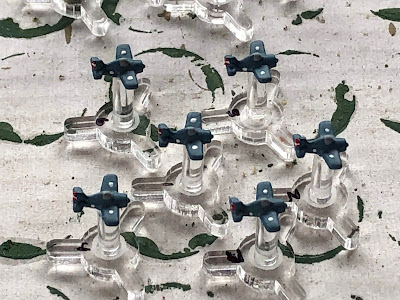 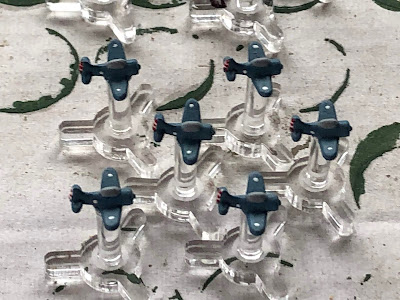 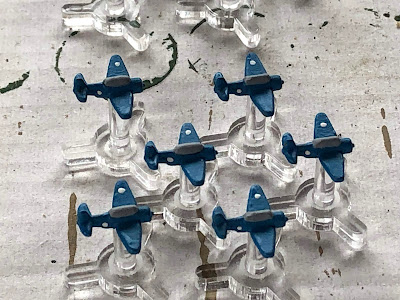 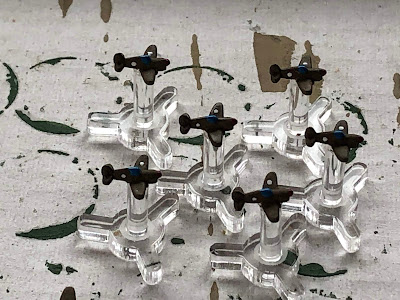 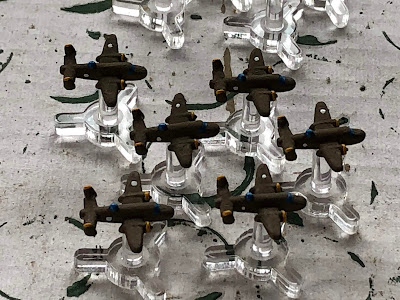 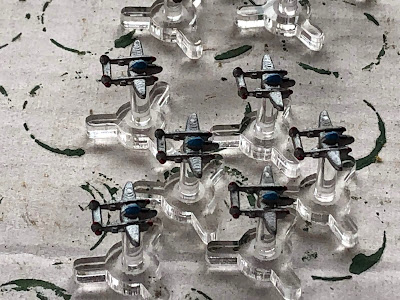 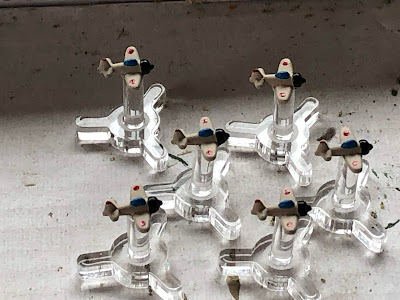 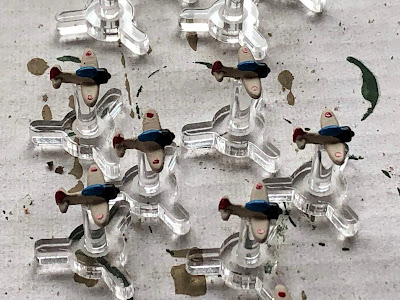 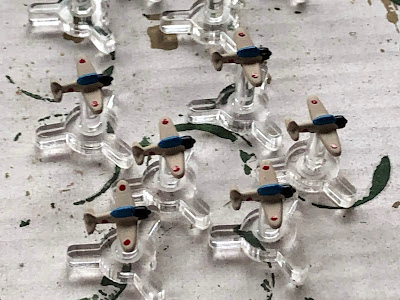 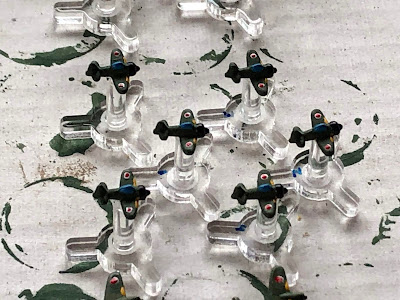 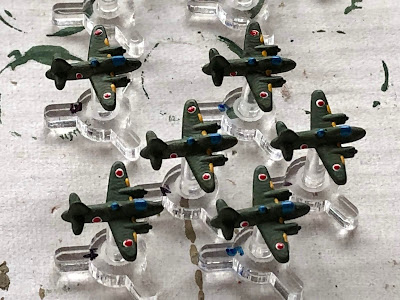 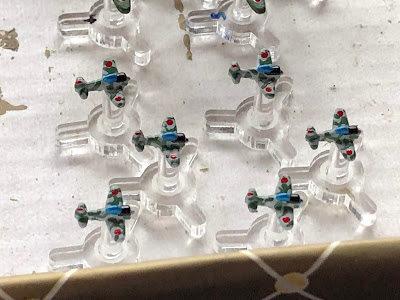 Now for some closeups. 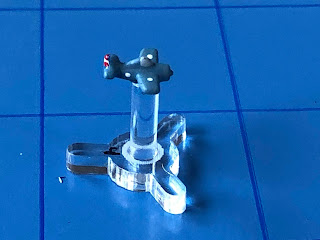 The Wildcat.  The sharp-eyed amongst you will note that I have repainted them a lighter shade of blue-gray. 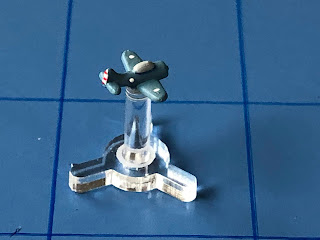 A Dauntless, one of the most graceful aircraft out there, in my opinion. What, your 1/900 aircraft don't have red and white tailstripes on them? ;) 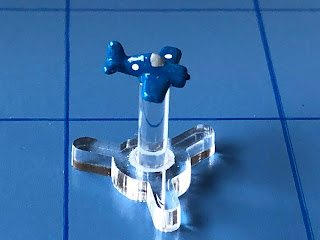 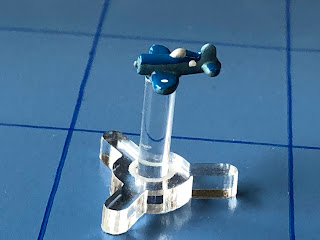 A Corsair.  I'm not really happy with my paintjob, tried to do the blue over gray, not enough contrast. 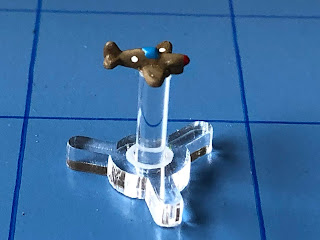 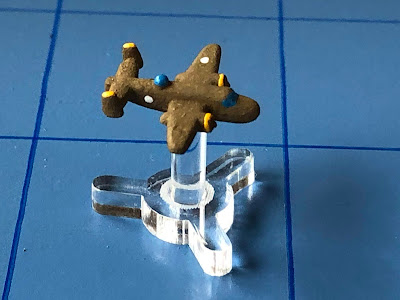 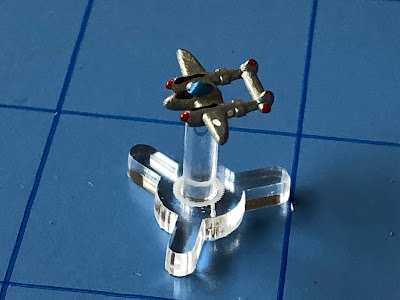 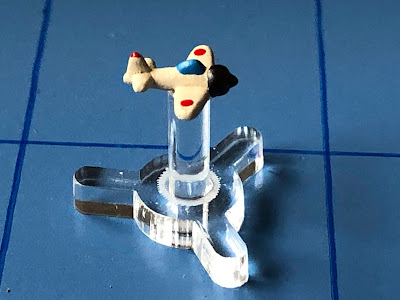 A Zero of the 'Kido Butai.' 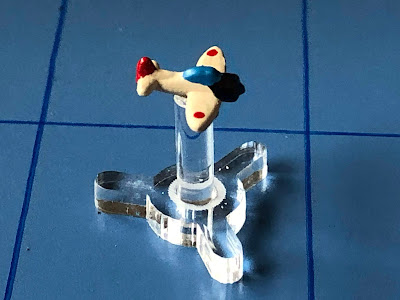 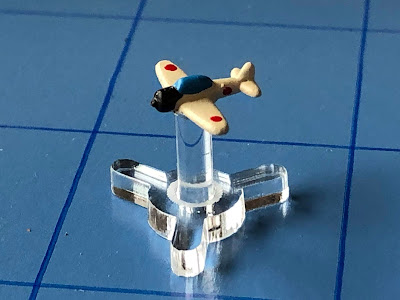 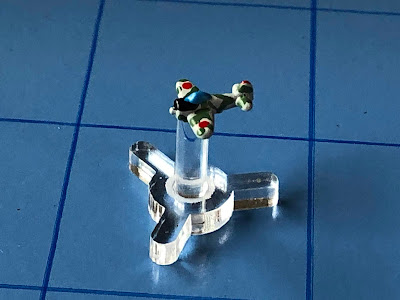 An Oscar.  Ugh, the camo doesn't very good closeup, but it looks decent on the table.  To whit: 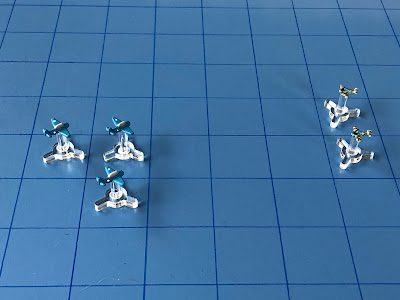 Three Avengers closing in on their target are bounced by a pair of Oscars... 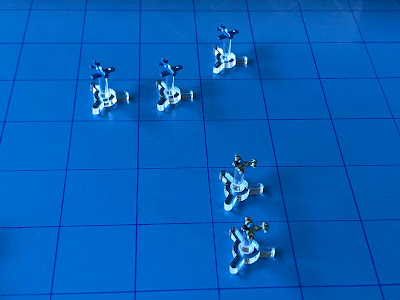 But are saved when a tri of Hellcats pounce on them.

Anyway, wanted to show off what I'd finished in terms of aircraft and my new board, and I'm looking at getting those USAAF P-40s into the action this weekend.