You probably know I'm a big fan of Eureka Miniatures, they've got some really great 15mm Modern troops, of which I own quite a few.  I was perusing their website and saw some cool dudes; I didn't really need them, but I thought, why not?  I could use some cool bad guy Special Forces; oops, sorry Ivan, I meant good guy Special Forces ;)  So I bought a couple packs of Eureka Russians to use as Spetznaz.  Not too much, just eight guys

Here is roughly the look I was going for. 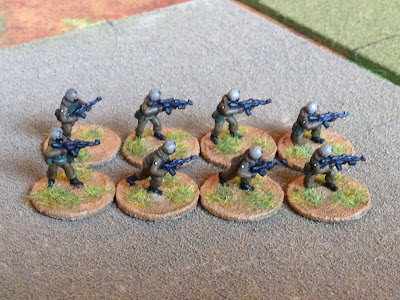 And here are the eight troops.  Great detail, great poses, no repeats.  I based them to be able to use them for desert or temperate.  Let's get to some closeups. 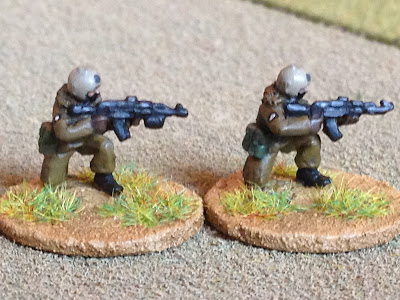 Two kneeling Spetznaz, guy on left has a grenade launcher.  I thought about camo'ing the AKs, but I have a hard time with camo weapons, oftentimes they end up just blending into the figures in 15mm.  For me, at least. 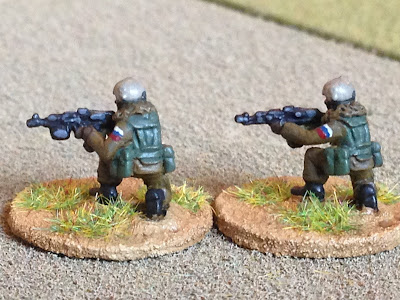 Reverse.  I do wish they had patrol packs on, but oh well.  And yeah, those are Russian flags, just for my favorite Weasel ;) 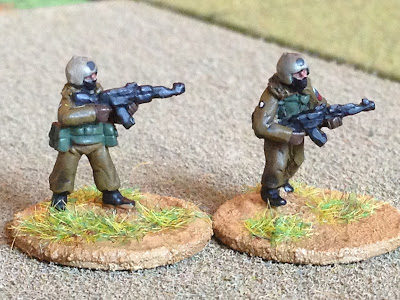 Two more riflemen.  Here you get a better look at the baklavas I painted on, as well as the NVG brackets I painted on the front of the helmets. 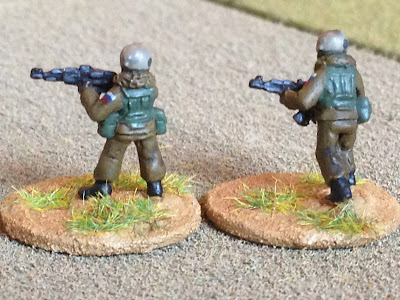 Reverse.  And you can see the battery packs I painted on the back of the helmets. 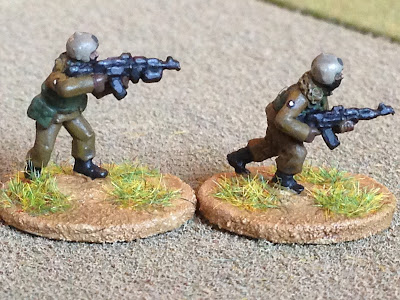 Next pose, guy on left with grenade launcher.  While Googling I saw some black unit patch with white eagle on the right shoulder of a lot of guys, so I kinda threw that on as well.  Anything to liven them up a bit, given the very basic paintjob on the helmets, gear, and uniforms. 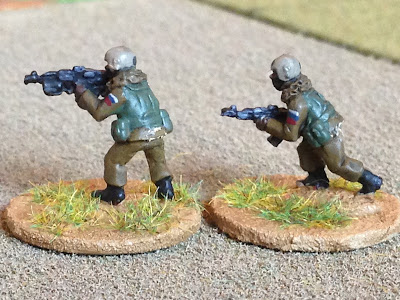 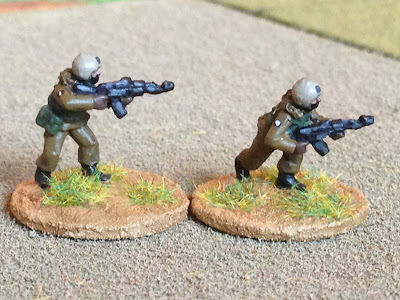 Next batch of riflemen.  I'm a really huge fan of the Eureka levels of detail, dynamic poses, and realistic proportions.  If I had to complain about something, it would be that these are the same poses as the 'regular' Russian soldiers, just with different helmets.  But there's such a mix of different poses (eight guys in eight poses) that the complaint really has no merit. 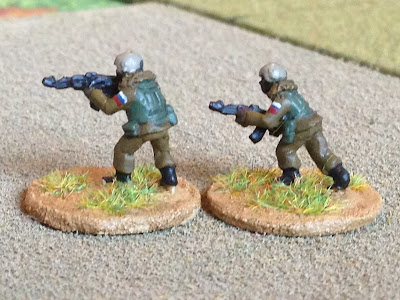 And the other side.

Pretty cool, yes?  Another small set of troops, but they're ready to go.  I have another set of these I'm going to do up in Arctic colors and basing; at some point I may even actually play some games with them!