Another modern set, more Flashpoint Minis, but this time from the modern range, some US Rangers I picked up from Mark at Scale Creep.  I didn't really need these figures, but Mark had them on sale, I'm a fan of Jimmi's figures, and I just couldn't help myself ;) 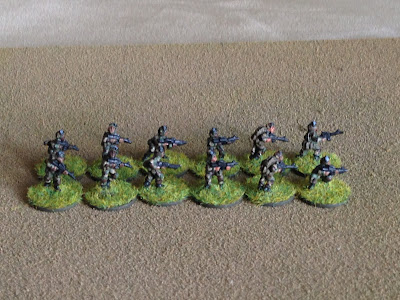 The whole force, 12 guys in the pack.  As I didn't need them, I didn't really know what to do with them.  They're made for Somalia in 1993, but I've got plenty of guys in desert uniforms.  Regarding temperate, I now find myself with only modern USMC in MARPAT, so I decided to do these guys up in 90s Woodland Camo with grassy bases. 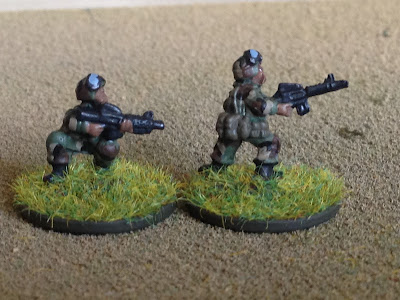 First two poses, a grenadier at left and a guy holding his rifle with one hand and clutching his chest with the other.  I'm not sure what he's doing; it almost looks like he's reaching for a push-to talk for an intra-squad type radio.  This is the only pose I'm not too fond of.  But in the overall scheme of things, the poses are good, the proportions are good, and so are the weapons and gear. 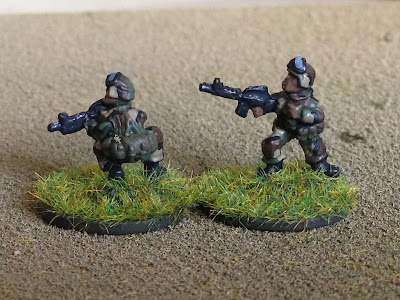 Reverse, where you can see him clutching his chest.  On the left you get a good look at the detail of the buttpack and H-harness. 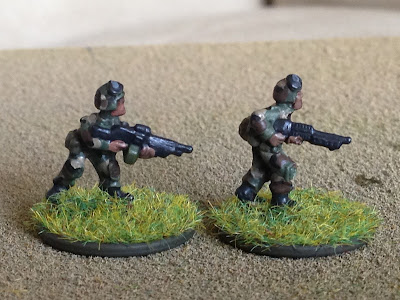 Next up is a SAW gunner (left) and an M-60 gunner.  I really like the SAW pose, though the weapon looks a tad big, especially when compared with the M-60. 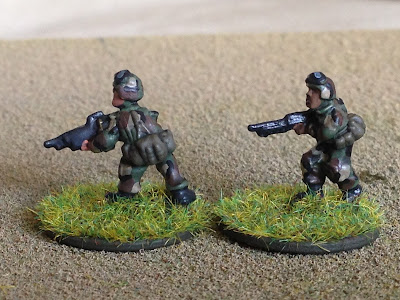 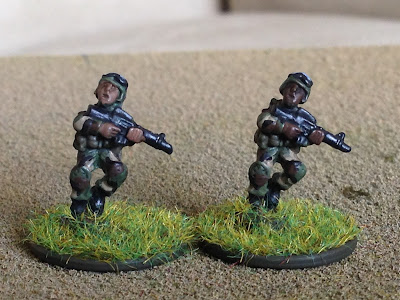 Next up are two Radio Telephone Operators, or RTOs. 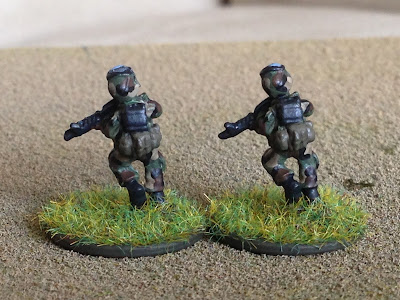 And the reverse, showing the PRC-77s. 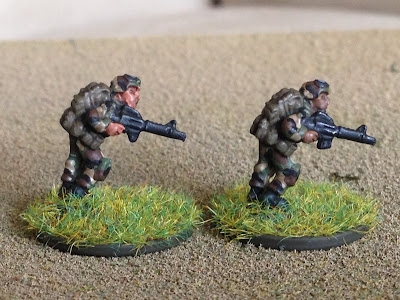 Next are two men with packs on.  I think these are meant to be Ranger medics (that's what the pack looks like to me). 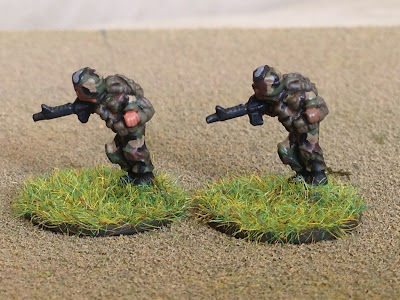 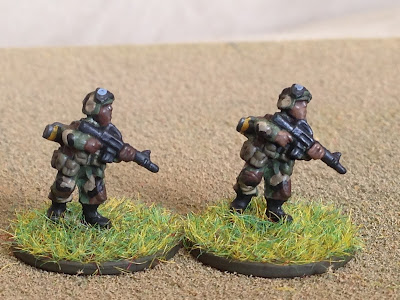 Then we have two riflemen carting LAWs around, really good poses in my opinion.  I like the bulkiness of these troops. 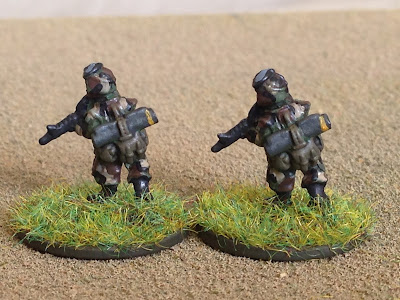 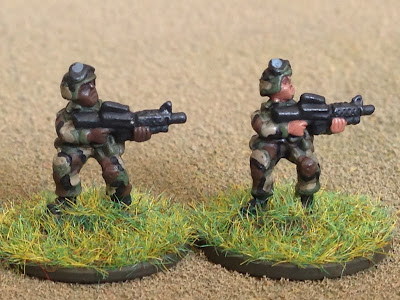 And we've come to the last pose; I always have a softspot for grenadiers, two men with M-203s. 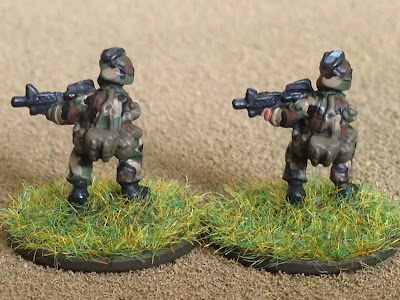 And the opposite side.  I like the look: no packs, but still loaded down with their deuce gear, moving up.

That's it for now.  I've got a few more small forces I've finished up recently to post, so keep your eyes open, to include these guys' opponents, Flashpoint Minis' Somalis.