Next up on the 20mm carousel is some Elhiem West German troops, and, as a bonus, a Revell plastic 1/72 scale Fox vehicle ("Fuchs").  Let me just get this out of the way: I'm not a modeller.  I'm not good at it, I don't like it, and I don't have the patience for it.  And I keep hearing how 20mm is so attractive because you can pick up stuff in plastic for cheap, but that was not the case here.  In any case, I got it, I put it together, and it works.  Why the Fox vehicle?  Well, it's all my local hobby shop had in 1/72 that would work; I wanted an armored vehicle that was fairly generic (in order to be whatever I wanted it to be), and this fits the bill.

Regarding the figures, once again I don't really have a use for modern (or, in this case, Cold War) German troops for wargaming.  But I really liked the troops, and I wanted something that looked like this to be used in my Balkans campaign, to play the Federal Republic of Yugoslavia troops, and these guys are perfect. 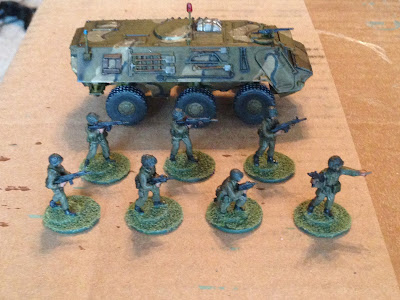 The whole group, seven guys and the Fox vehicle. 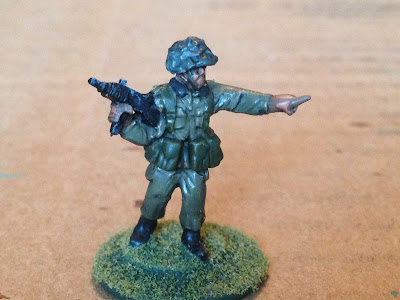 The boss, bossing people around while holding his very fashionable Uzi.  I gave these a very simple paintjob, and I'm so happy I did!  I think it looks good, and it certainly give them the 'conscript' look I was aiming for. 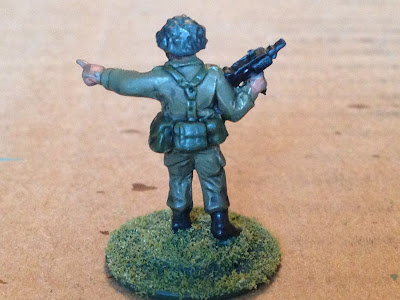 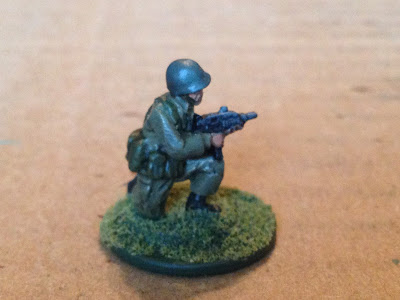 A kneeling dude with an Uzi.  Oddly, he's the only one without cammie netting on his helmet. 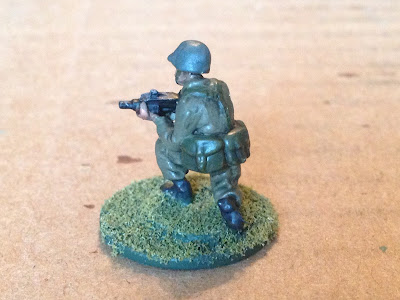 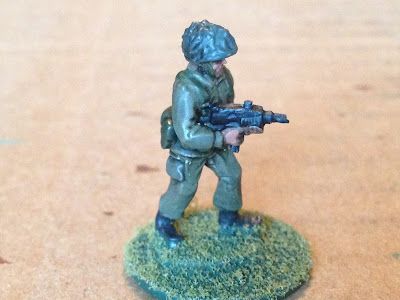 One more Uzi character.  I dare you to fire an Uzi like that. 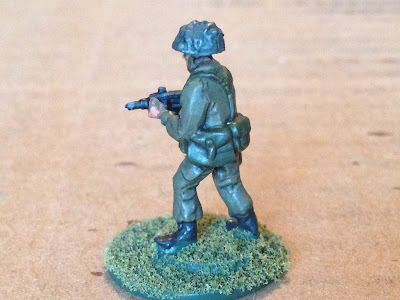 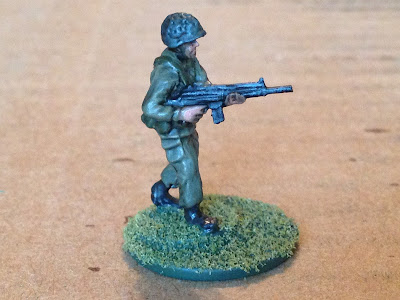 On to the riflemen, sporting their sleek G3s.  As a kid I thought these were the coolest rifles around.  I wanted to buy the civilian version, the HK91.  But no one would sell to a 5 year old ;) 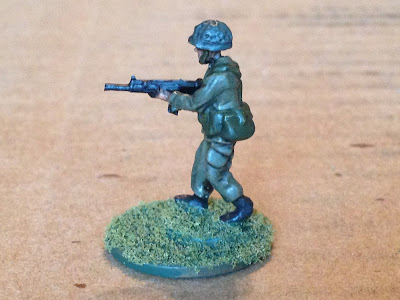 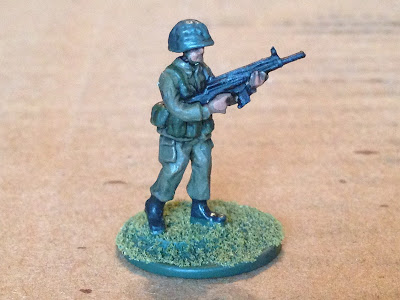 Next, at the as yet unseen 'tactical carry.' 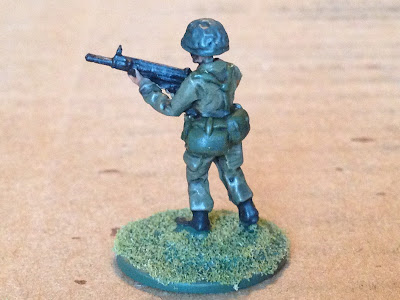 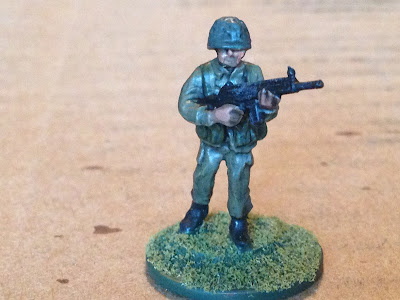 This one is my favorite.  Not because it's an extraordinarily cool sculpt or anything.  It's just that if you look very, very closely at the guy's nametapes you can see it says "Private Sorensen." ;) 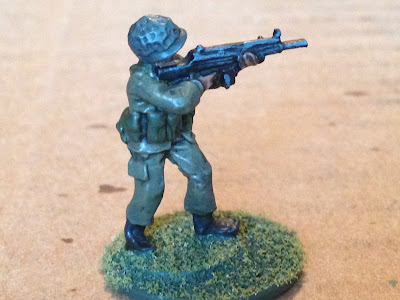 A rifleman sighting in. 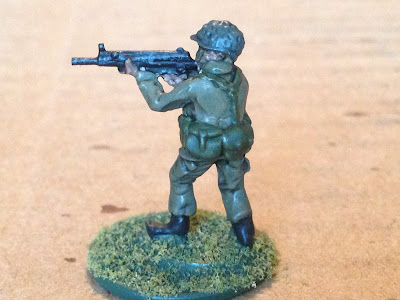 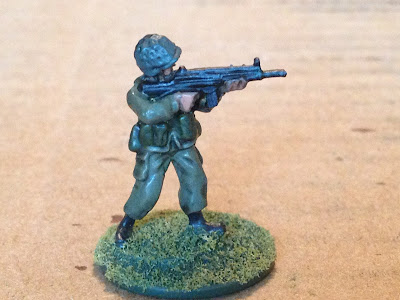 And one more rifleman.  I apparently didn't take a pic of his backside, sorry Panda ;) 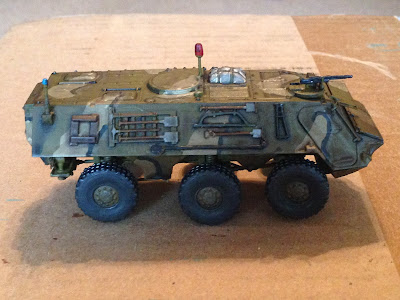 Here are some shots of the Fox vehicle. 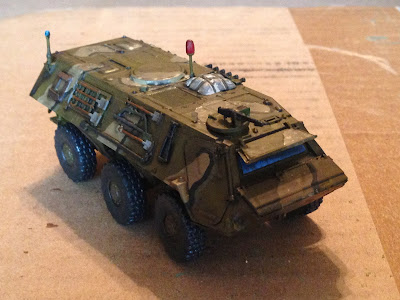 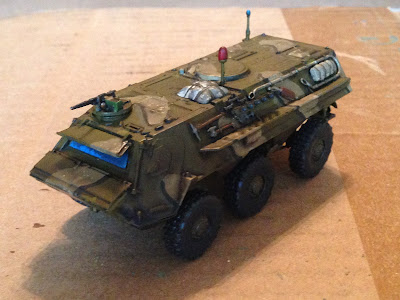 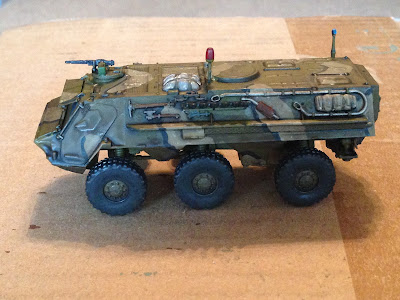 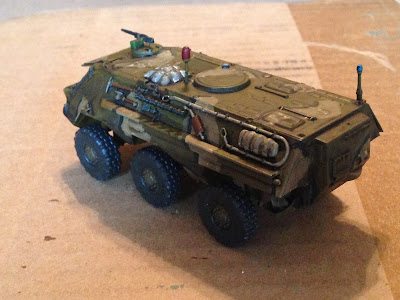 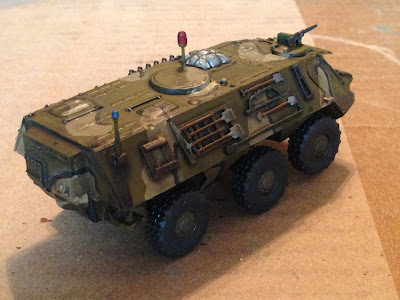 And a few throwaway pics of the militia from my last 20mm post (where the pics were so dark). 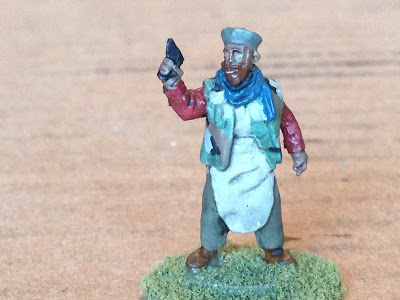 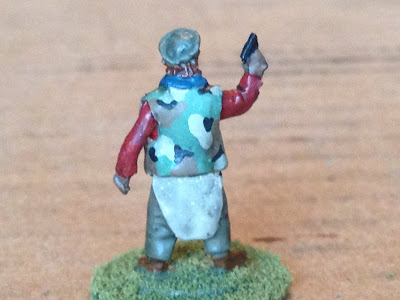 Reverse.  It's funny, if the camo looks funny, it's because I tried to do US Woodland camo, but I tried to fade the colors. 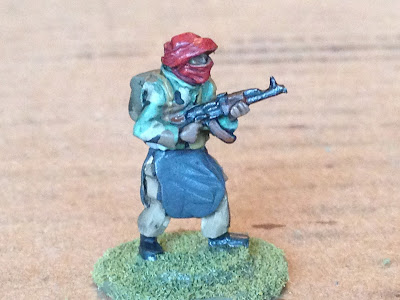 One of the henchmen.  I shouldn't say henchmen though, as these guys will be used as both good and bad militia men.