My plan for Poland. 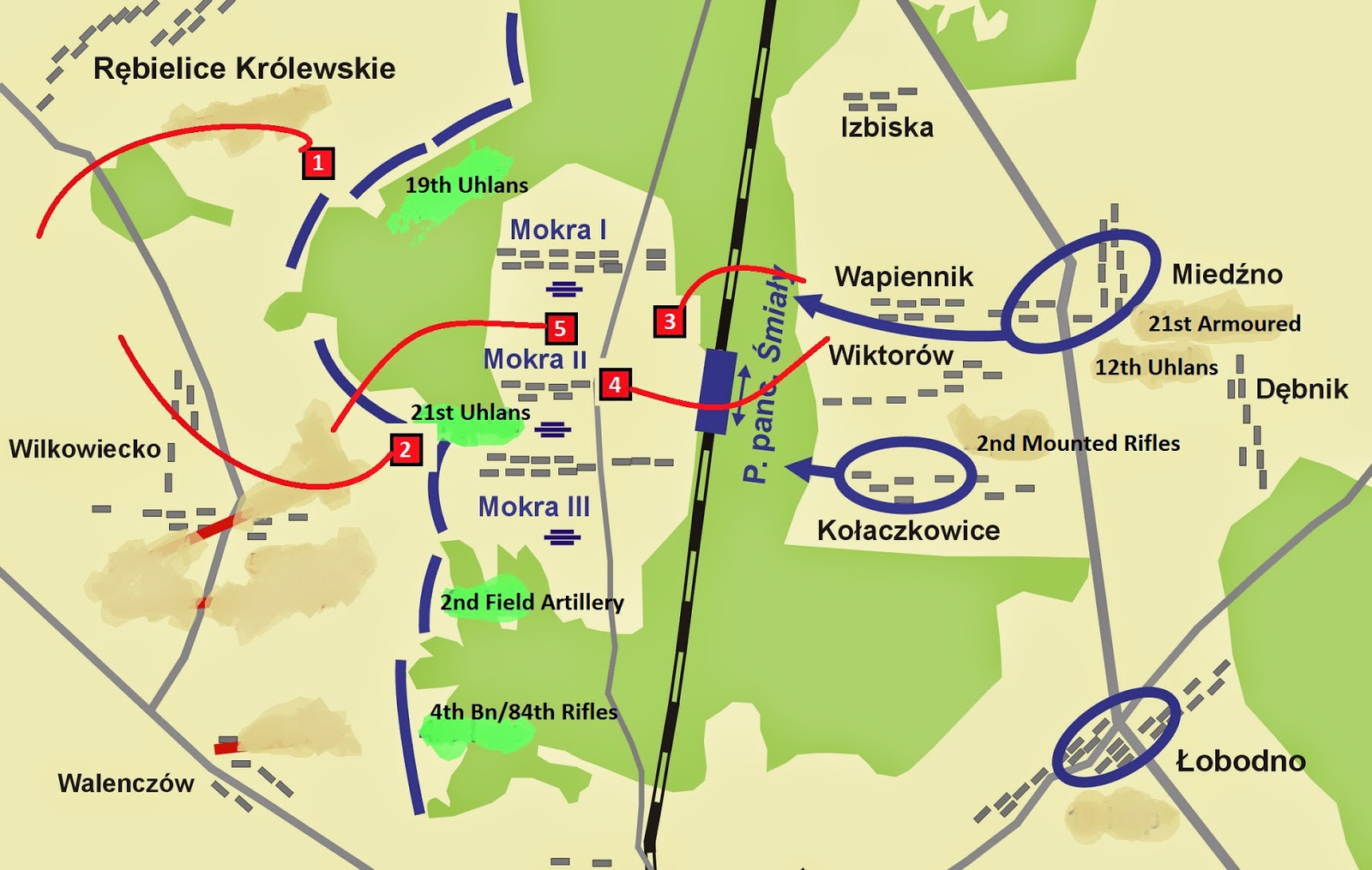 Following the unsuccessful assaults, German infantry units begin to filter into the suburbs to assume the attack, taking over from 4th Panzer Division, which is pulled out of the fighting as a reaction to Polish Armies Pomorze and Poznan concentrated near Kutno, first to counterattack the German forces, and when this proved impractical, in an attempt to break out and join friendly forces at Brest.  However, the 4th Panzer Division arrived on the east bank of the Bzura River (near its juncture with the Vistula) on 11 Sept 1939, trapping the Polish armies at the rivers.  4th Panzer Division skirmished with Polish forces from 12-16 Sept 1939, then participated in heavy fighting to reduce the pocket, which capitulated on 19 Sept 1939.

4.  Battle of Kutno, 12-19 Sept 1939
*This set of battles is un-numbered as I don't have a set of historical set of scenarios to use, so I will take into account the forces available (discounting casualties from previous fighting) then roll on the scenario and force generators from the rules ("5Core Company Command").  I anticipate playing at least one fight per day during the 'skirmish period" (12-16 Sept), then two or three fights per day during the "heavy fighting" days (17-19 Sept).*

Incidentally, during this battle the Soviets invaded Poland from the east (17 Sept 1939), sealing the Poles' fate.

Following the capitulation of the Polish Pomorze and Poznan armies, KG Klink is released from the operational control of the German 10th Army  on 20 Sept 1939, and is assigned to the German 3rd Army, so the KG immediately makes its way to western Warsaw, arriving on 21 Sept 1939, then east to the outskirts of Praga on 24 Sept 1939.  KG Klink moves into the attack on Praga on 25 Sept 1939, which is repelled.  Polish forces counterattack on the night of 26 Sept 1939, and KG Klink went over onto the attack one last time on 27 Sept 1939, before all Polish forces in Warsaw surrendered that night at midnight.

So, there's the entire campaign plan for Poland.  It looks like about 20 fights, and it's probably the shortest campaign of the entire war.  Let's see where this takes us.