Continuing with my WWII in the Pacific forces, I present my 1/600 minis from PT Dockyard.  Not a large force, just big enough to give me some (hopefully) interesting games, and I can always add to them later, if necessary.  I'd bought these long before "Cruel Seas" was ever out (at least in public), but they'd sat on a shelf, untouched, until a bunch of guys (like that dastardly Sunjester, for example) started popping out coastal action batreps.  Those batreps convinced me to finally get off my butt and knock these things out.  As always, they're not beautiful, but they'll work for me, and some of you may be turned off as I gave them a really heavy wash to dirty them up. 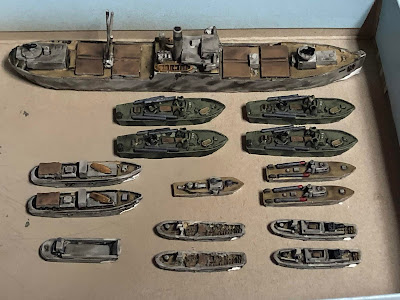 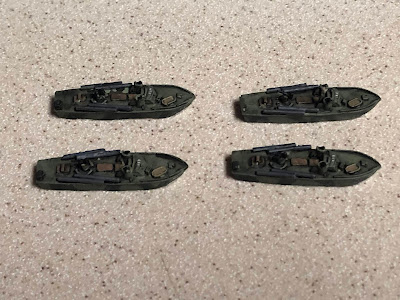 Here are the four US PT Boats, three exactly the same, the fourth with a radome. 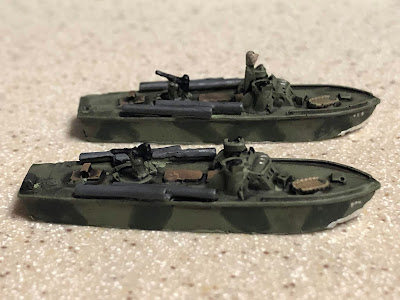 A closeup two boats' starboard side.  You can see I painted them up camo, and tried to put wakes on the bow. 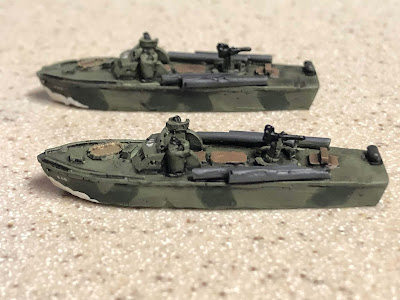 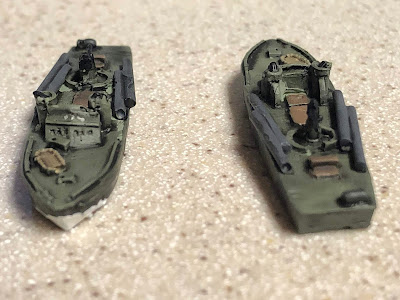 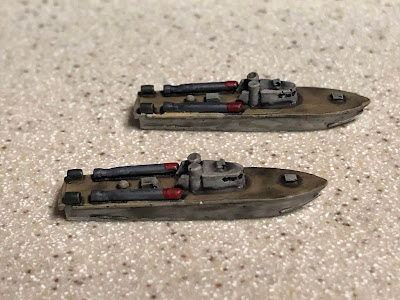 The two Japanese T-1 MTBs.  A little flair with the red-nosed torpedoes. 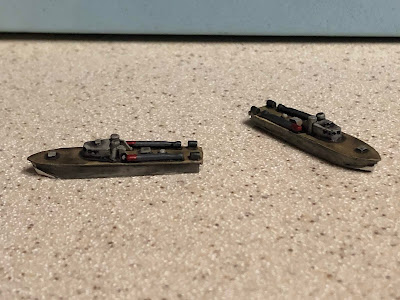 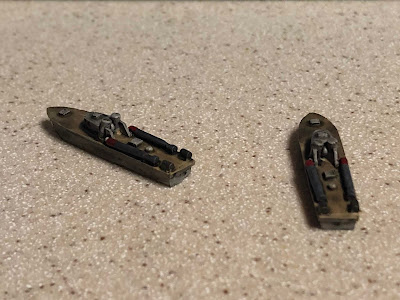 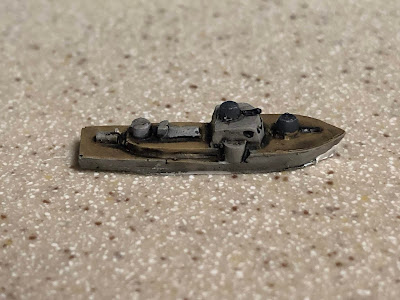 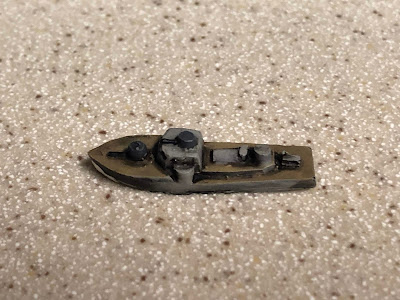 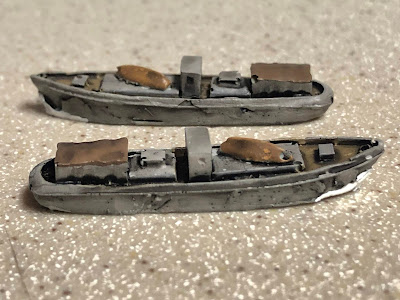 The two 85' luggers.  I figure these will pull duty as either Allied or Japanese, depending on scenario needs. 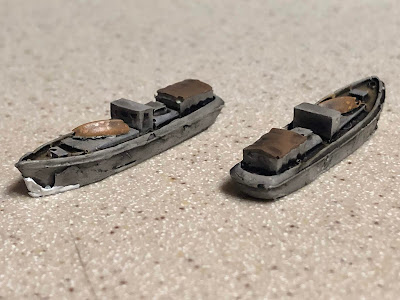 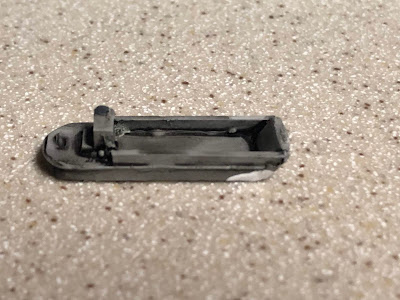 The US LCM, which we used to call Mike Boats. 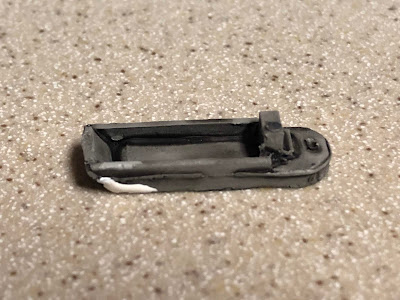 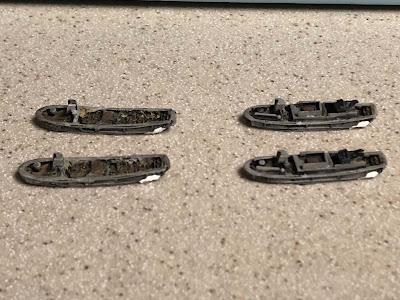 The four Japanese 46' Daihatsu barges.  The two unarmed troop carriers are at left, two converted into gunboats at right. 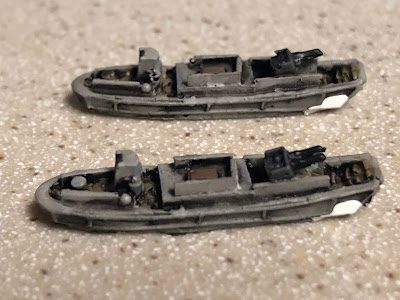 A closer look at the gunboats. 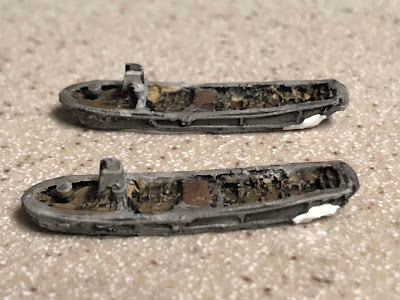 And the troop carriers. 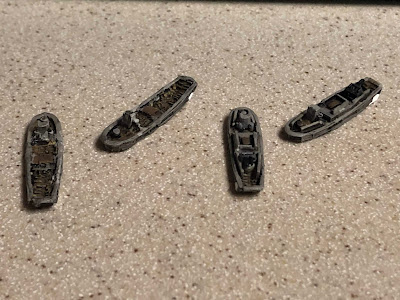 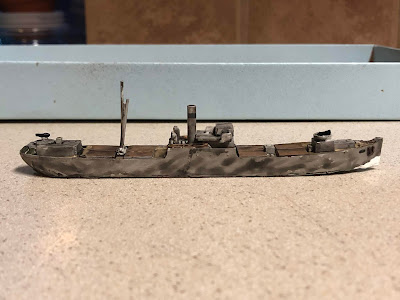 On to the merchantman.  I don't really know anything about it other than the description that it's 1200 tons.  It looks American to me, but I could be wrong.  Again I'll use it for either side, dependent upon the scenario needs. 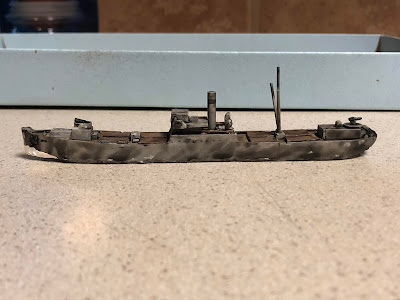 Off the port beam. 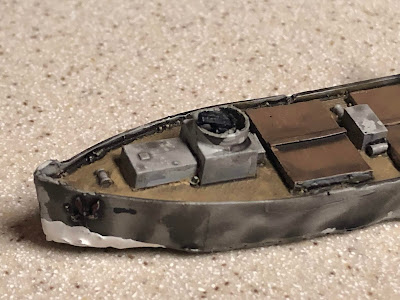 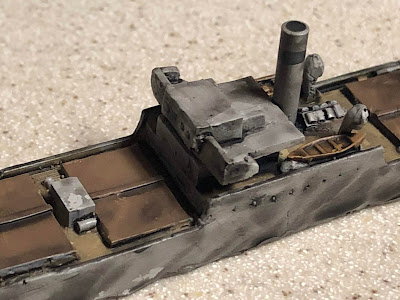 The bridge and forecastle. 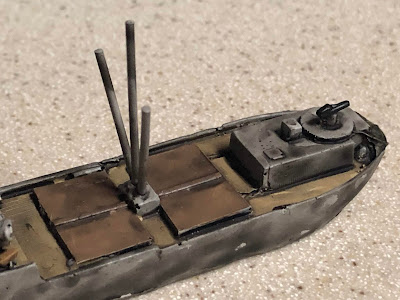 So there you go, I am now in the coastal actions business, and happy to be there.  Not sure when I'll get their first games in, I've got a lot of dogfighting, then ground combat to do before PT Boats get into the fight. 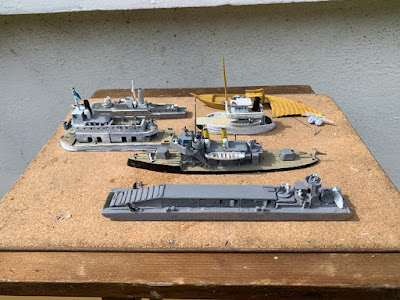 "I know you appreciate adventures in 6mm, and I am modelling a river fleet in 6mm -  a sort of spin off to the recent Cruel Seas craze.  Four of the models featured below have Irregular DNA.