Some Progress, But Not There Yet

No games this weekend, but I've made some progress on a couple projects, though neither are ready for the table.  In any case, I'm waiting for the Super Bowl to start and figured I'd post an update. 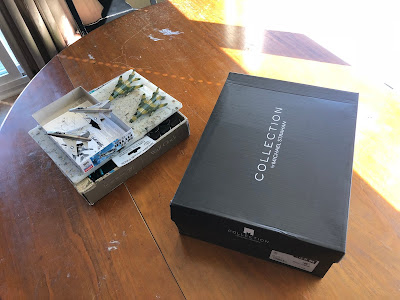 Yep, there's my progress.  My Soviet aircraft for Wolverines, and, because I have utterly no self control, another new project... 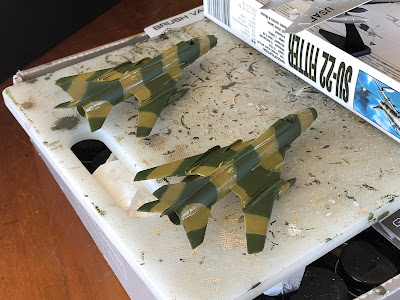 I'm working on the two Soviet aircraft (Su-22s posing as Su-7s) for Wolverines, my 10mm Cold War project.  I would have loved to have simply painted these two metallic, but the US air support, two F-100s, are metallic, so I wanted these to look different, hence the camo.  I sprayed dark yellow, threw Blue Tack on, then sprayed medium green.  It worked pretty well except...  I was running out of the medium green and some of the lines came out pretty ugly.  But I didn't have any problems with the Blue Tack pulling paint off when I removed it, so I was very happy with that.  It seems to work better on plastic than lead.

In any case, I'm working on these, trying to clean up the camo lines and then do the details, then apply the decals, but I'm having a hard time.  My dark yellow paint (I'm brushing on dunkelgelb) isn't doing a very good job of covering on the medium green , and it's running all over the place.  It's always something...

But I know what your question is; what's in the box, right? 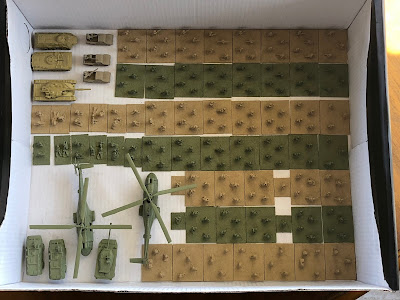 Well, here it is!  How about more 10mm gear, this time for modern Africa!  Everything here but the helos is from Minigs UK.  I received my package the other day, so this weekend I pulled them out, cleaned them up, based them, sanded them, and got everything primed.  If you're wondering why there is green and tan, I'm pretty much (not totally) building two identical forces (or four, two per side, if you will), one for desert scrub action and the other for tropical.  Don't act shocked, you've seen me do this plenty of times ;) 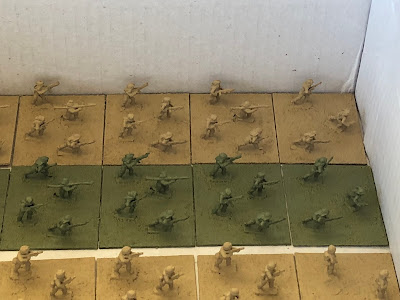 I've got terrorists (a command stand and seven rifle stands) in tan and green. 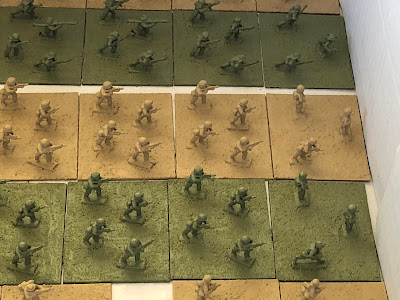 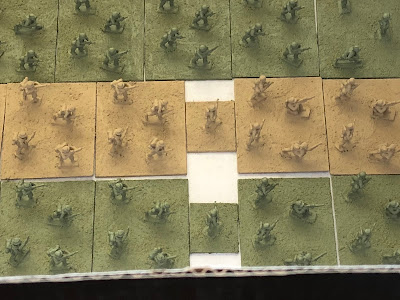 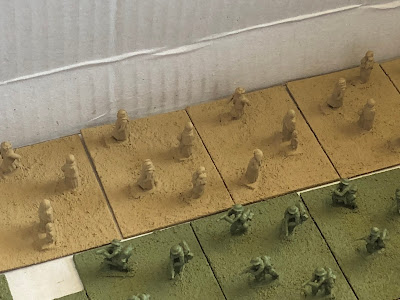 And then I've got seven stands of civilians. 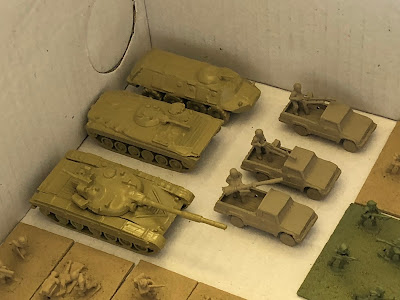 I've got bad guy vehicles: a T-72, a BMP, a BTR, two Technicals with HMGs, and a Technical with a recoiless rifle. 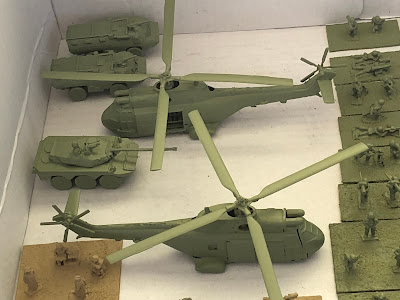 And I've got good guy vehicles: an AMX-10RC, two 4-wheeled VABs (I threw Pendraken tank commander and an M-60 from an M-113 ACAV on the AMX, and I put Pendraken .50 cals on the VABs), and two Pumas for vertical envelopment. 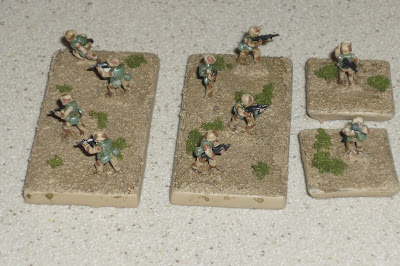 Yeah, I did, I had a bunch of 10mm Minifigs UK Modern French.  I played a lot of games and had a lot of fun with them too (in both desert and temperate!), but then I got on this 15mm kick, and ya know what I did?  I sold almost all of my 10mm modern gear (I hope it's doing well for you, Ben!).  But I just can't seem to live without these guys, so I did, I placed another order and now I'm apparently back in the 10mm modern game.  I even keep finding myself staring at the Minifigs UK website, looking at buying more modern USMC.  This must stop...