All,
Fellow TMPer John (AKA Grey Panda) have been discussing company-level Chain of Command.  I love the rules as written, but remain committed to my KR-16 adaptation for platoon-level rules, so I decided to finish up a rifle company each of mid-war Germans and Russkies.  These are about 90% Minifigs, with a bit of Pendraken and Takara pre-paints thrown in.  I based them like Flames of War, i.e., a rifle squad is on two bases (rifle team and LMG team).
The guys were mostly painted, but I needed to rebase them, give them a wash, add some foliage, then pretty up the bases (label and edge).  Here are the fruits of my labor: 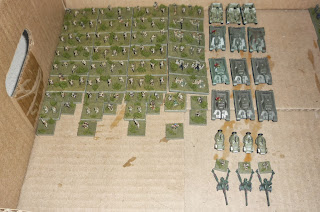 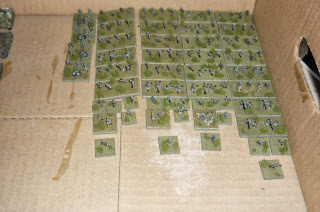 The German force.  The rifle platoons are the same, except the German platoons each have a PzSchreck instead of a 50mm mortar.  The Weapons Plt has two MG-42 teams, two 80mm mortar teams, and two engineer squads (two bases each). 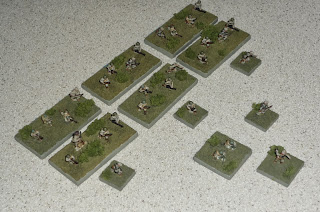 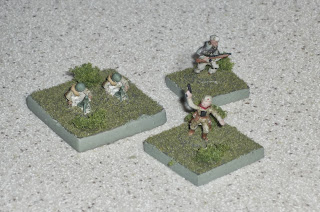 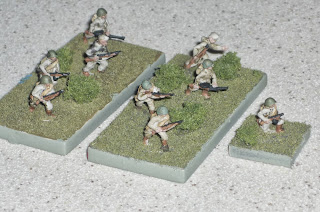 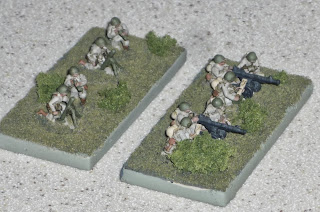 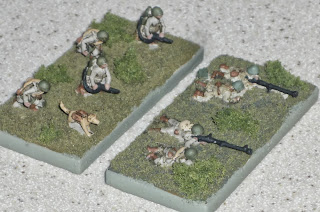 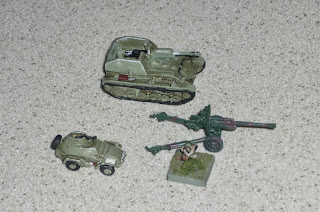 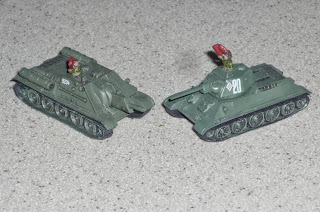 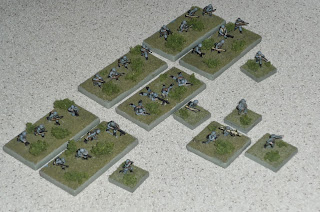 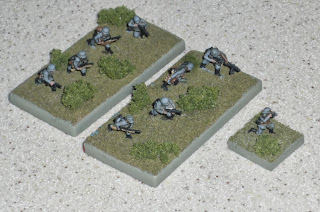 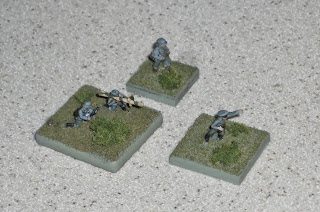 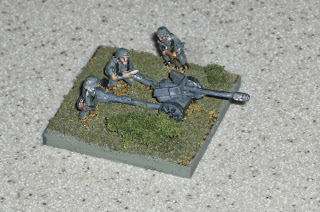