Hello everyone, thanks for stopping by!  Can't claim that this project is finished, don't know that my 6mm WWII project will ever be finished.  Hell, I know it won't, but that's okay, because it's a journey, and I've got two forces that are plenty big enough to play plenty of games with, I just keep adding more. And that's what this is; while someday I hope to get to collecting forces for early Barbarossa and North Africa, I've been working on NW Europe, both summer and winter for awhile, and I'm here to show you some recently completed troops for those. 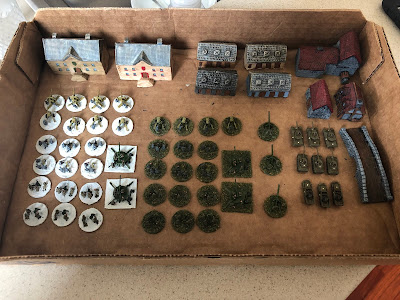 Here's what I just finished, both German and Allies for winter (left), summer (center/right), and even some terrain. 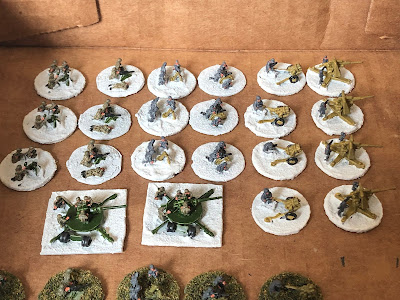 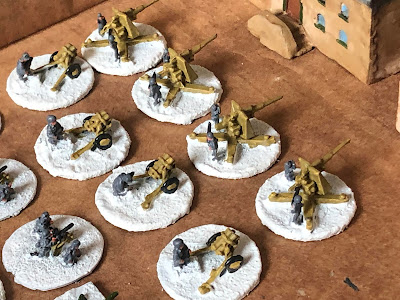 The dreaded 88s, and Nebelwerfers. 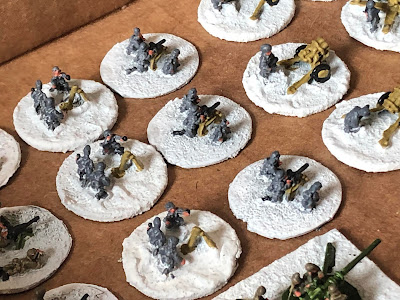 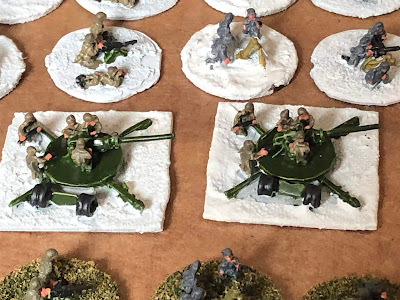 The US AA guns, which will mostly be used in an AT role (not that I imagine they'll see the table a lot). 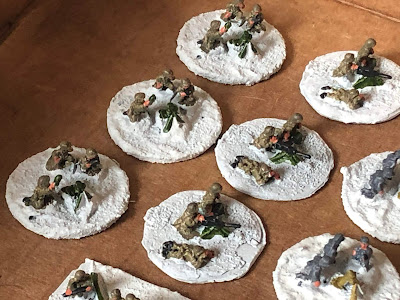 The Allied MGs and mortars (which are US .50-cal MGs and 81mm mortars). 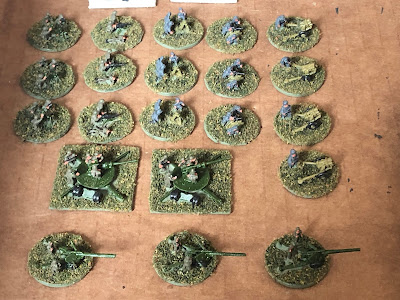 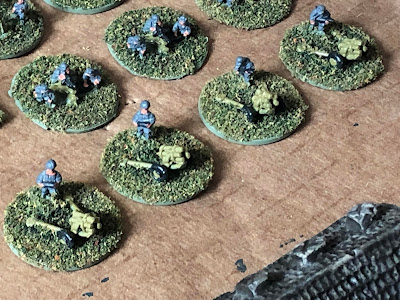 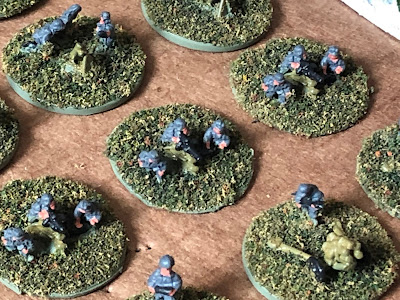 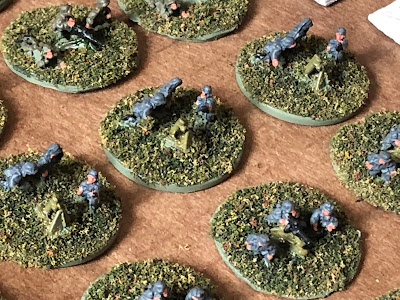 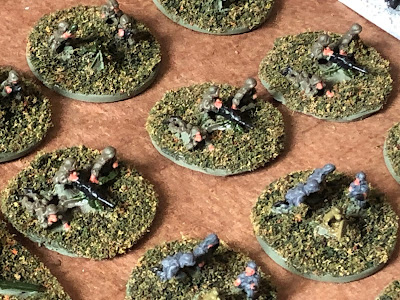 The US MGs and mortars. 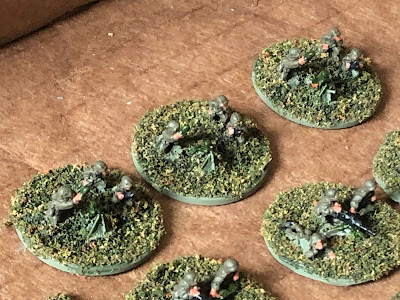 And the mortars one more time. 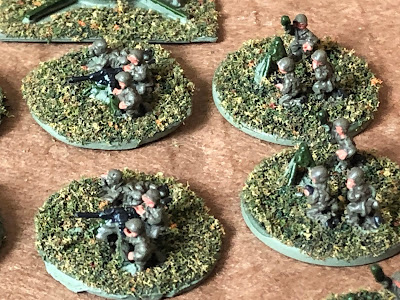 Different look at the MGs and mortars.  I really love the Baccus MGs, which are cast on a penny-sized base as one piece.  The mortars conventional strips you have to cut up and base yourself. 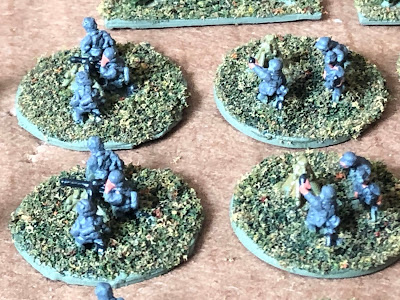 Another look at the German MGs and mortars. 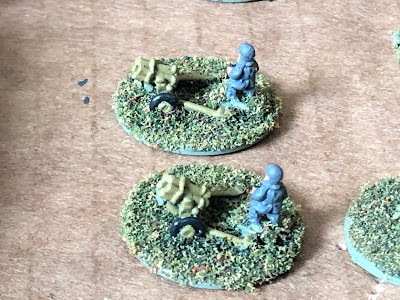 And the Nebelwerfers.  Cool little models, though Baccus are considerably larger than HR. 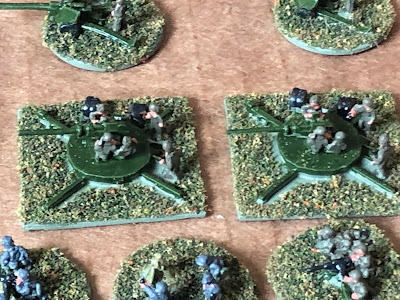 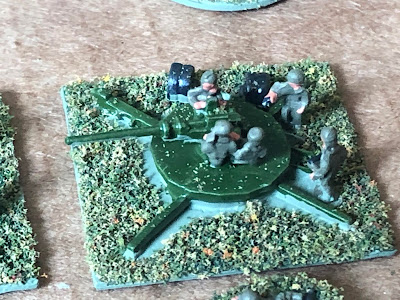 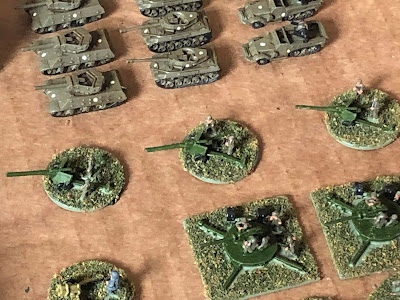 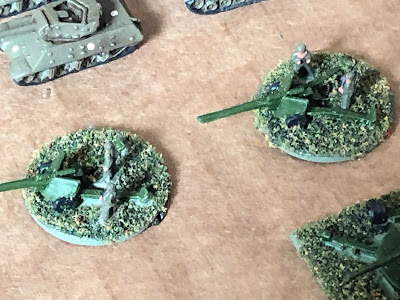 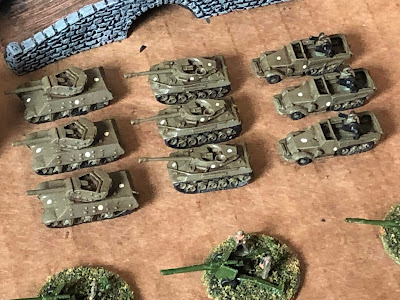 And some more Allied vehicles added to the mix. 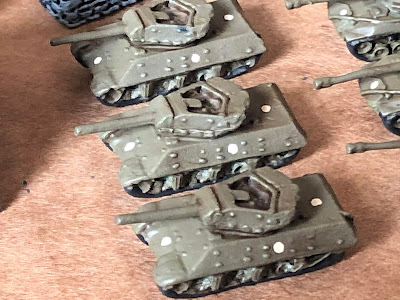 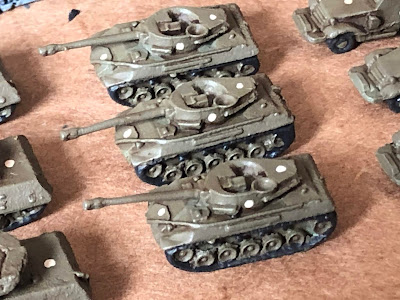 Three M-18 Hellcats.  Didn't realize these were so small. 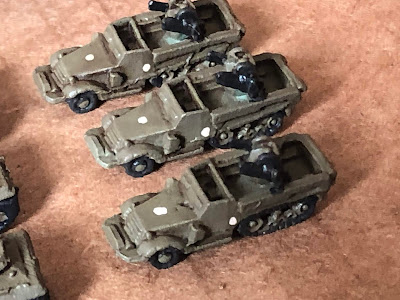 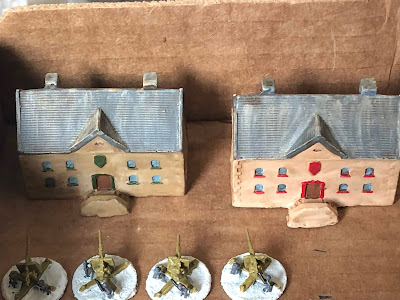 And then some buildings.  Now, I really hate painting up houses, and I'm not very good at it, but these turned out okay, I think.  Or at least, they should look okay at tabletop range ;)  I apologize, I don't recall the manufacturer of these two; they've made of resin. 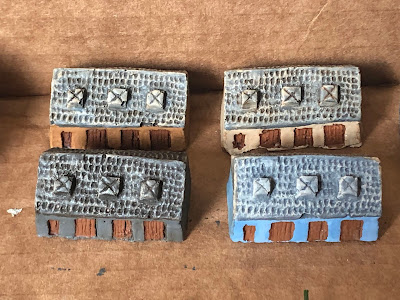 These are plastic, from Novus Design. 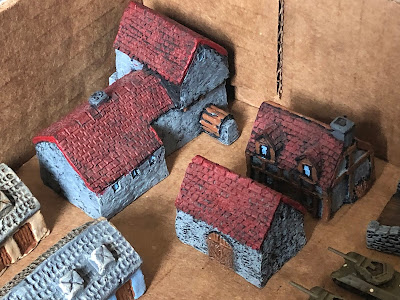 And a few more buildings, from my black priming stage of painting. Again, I don't recall the manufacturer. 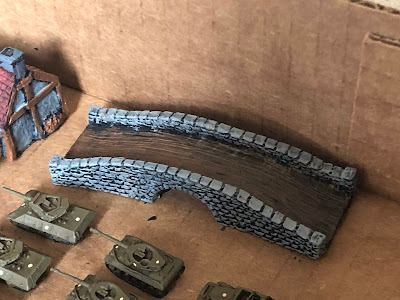 And a bridge!  If you're gonna have rivers, ya got to have bridges, and now I have four, so I should be okay in most scenarios.

These are in addition to all this stuff I've already completed:

Thanks again for stopping by, can't wait to start fighting with these little guys.